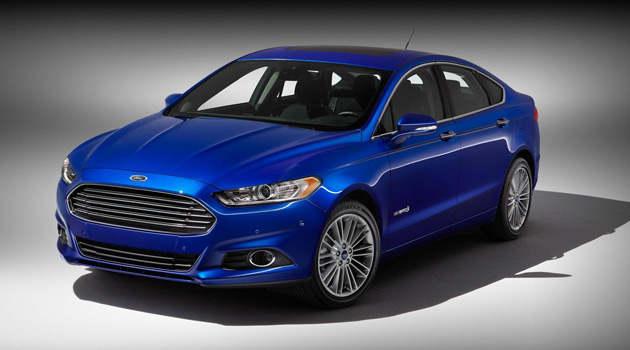 Every automaker wants to be at the top of the car-sales totem pole. Year after year, the race continues to produce the car that will win the market and garner the happiest owners.

Since the first Mustang rolled off the assembly line 49 years ago, it’s been the most popular car on the market for most of its life, opposingviews.com reports. Now Ford is attempting to put the Fusion right up there next to its sister. Let’s take a look at the Fusion to see if they can do it.

Car buyers rightfully want a lot for their money, and according to Chapman Ford of Arizona, the 2013 Fusion starts at just less than $22,000. When you factor in the generous size of the Fusion and the options you can select, that’s a fair price. It’s competitive with other sedans in the same class.

Gas mileage is one of the top concerns for car buyers. Most people want a car that can get out of its own way on the highway, but not eat them out of house and home when they stop at a filling station. There are quite a few options for engines and transmissions with the Fusion, and those choices should appeal to a wide range of consumers.

The 2013 Fusion drops the 3.0L V-6 and the 3.5L V-6 engines from previous model years. For 2013, the Fusion comes standard with a 2.5L 4-cylinder gasoline engine that gets about 33 mpg on the highway. There are also two EcoBoost models: the 1.6L 4-cylinder EcoBoost that pulls down an amazing 37 mpg on the highway, and a 2.0L 4-cylinder EcoBoost Titanium engine that has the highest ratings of any engine in its class. For hybrid options, consumers can choose from the base hybrid engine that gets 47 mpg in the city. This is better than any other car in the industry. There’s also a straight plug-in hybrid model, the Fusion Energi, that has a much longer battery life than other hybrids and can pull down in excess of 100 mpg, according to Ford.com.

Low pricing and fuel economy means little if a car is ugly. Here’s where Ford has stepped it up a notch; previous models were bland and unspectacular, but the new Fusion is well-styled with beautiful body lines. It comes in the normal array of colors with decent interior options, but the wheel options really set this car apart. Gone are the days of ugly 14-inch wheels with plastic hubcaps; the new Fusion rolls out of the showrooms with beautiful aluminum-alloy wheels.

There are also several different entertainment packages; buyers can add auxiliary inputs, premium speakers and Sirius/XM satellite radio. Families can add a DVD player for the rear seat to entertain little ones on long road trips.

Most buyers want a car that is economical, has decent power, feels great to drive and looks good. The Fusion meets all of these requirements, but it’s competition is stiff, and the Fusion doesn’t have the midsize market cornered. It remains to be seen if this run for the second spot amongst the competition will be successful.

Related Topics:FordFord Fusion
Up Next