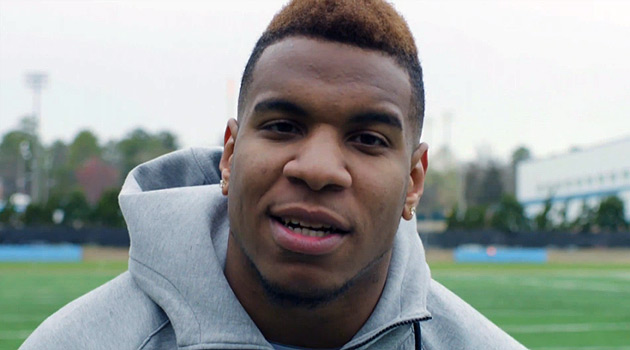 Gillette Deodorant & NFL Films web series Pressure Points has given sports fans a behind-the-scenes look as Jadeveon Clowney, Eric Ebron and Aaron Murray prepared for the NFL Draft, and the physical and mental stress they endured. And of course, they used Gillette Clinical Clear Gel deodorant to target tough sweat during life’s most high-pressure moments, both on and off the field.

The final episode of Pressure Points was released today, with Gillette Deodorant shadowing Ebron on Draft Day and the days leading up to the Draft. As you probably know, Ebron was picked up by the Detroit Lions with the #10 Draft pick, but you’ll see plenty of behind-the-scenes moments in this episode!

Gillette Deodorant has been gracious enough to offer one lucky Guys Gab reader a signed football from Eric Ebron, along with a Gillette Clinical Clear Gel deodorant, the first-ever clinical clear gel on the market. Pretty sweet, right?

You can enter the contest below:

We will pick a winner at random on May 21st at 5pm EST.