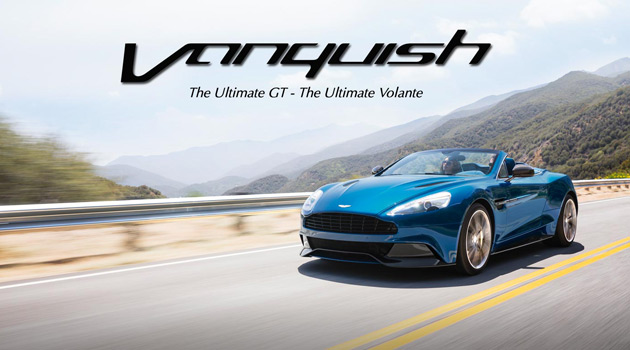 The Vanquish Volante sits at the pinnacle of the luxury British car maker’s sports car line-up, Aston Martin One-77 notwithstanding. Benefitting from all of the technical, engineering and design advances present in the Vanquish coupe, the new Volante enhances the driving experience still further through the option of exciting convertible driving.

Instantly becoming one of the most beautiful cars in its class, Vanquish Volante crucially retains the coupe’s dynamic character and sporting capability. It boasts the same new AM11 6.0-litre V12 engine as the coupe and the same blistering performance figures: 0-62 mph in 4.1 seconds with a top speed of 183 mph.

The design of Vanquish Volante represents the latest take on Aston Martin’s iconic visual language. Styling cues such as the elegant waist, elongated side strakes and LED rear light blades are derived from the One-77 supercar, while the folding fabric roof sits beneath a tonneau and deck lid that have been aerodynamically tuned for optimum performance. And in a first for Aston Martin, the windscreen is now full height, which means that the glass runs up to meet the fabric roof, thereby achieving a particularly clean transition.

Under that carbon fiber hood lies the latest generation AM11 naturally aspirated 6.0-liter V12 engine, which drives the Volante’s rear wheels via a Touchtronic 2 six-speed automatic gearbox. The V12’s power peak of 565hp arrives at 6,750rpm, while torque output peaks at 457lb-ft at 5,500rpm. These numbers translate into performance that matches the Vanquish coupe’s and ensures the new car supports its Super GT billing.

Strenuous efforts have been made to limit the new car’s weight; contributing to its impressive performance, agile handling and compelling power-to-weight ratio. The combination of controlled weight, near-perfect 51:49 weight distribution, a powerful V12 engine and a performance-honed six-speed transmission unite to make the Vanquish Volante as rewarding on the move as it is beautiful standing still.

Aston Martin CEO Dr Ulrich Bez said it best, “This is not simply a great-looking car – this is a great car engineered and crafted for the connoisseur by people dedicated to delivering exceptional sports cars with clearly defined characters.” 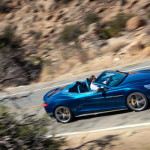 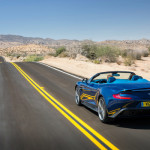 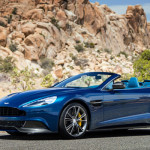 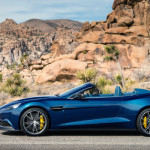 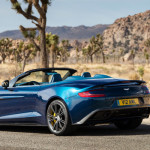 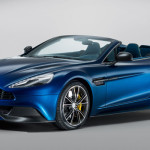 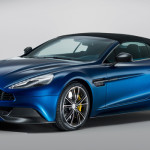 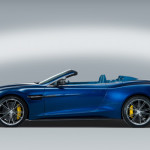 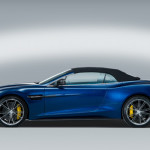 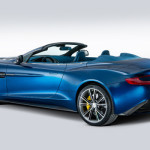 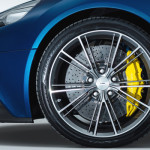 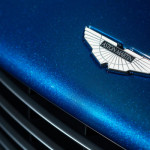 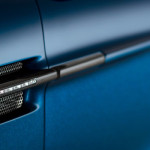 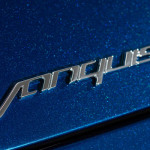 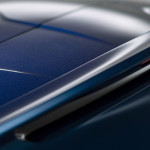 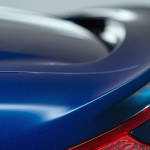 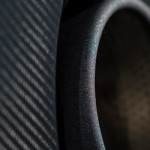 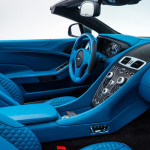