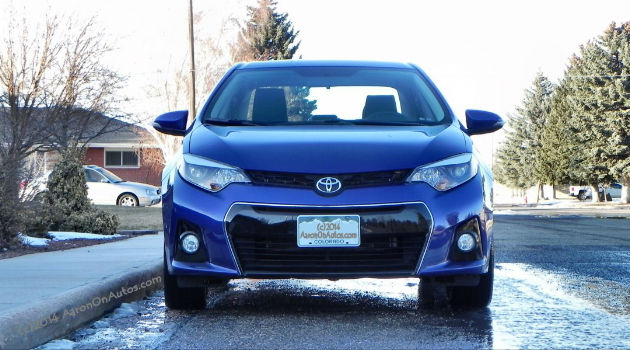 For years, even decades, the Toyota Corolla has been a contender for the best-seller list in the compact sedan category. It’s reputation for reliability, usability, and affordability has carried it well. The new Corolla, redesigned for 2014, is more stylish and roomier than its previous-generation was  both beefs most people had with the Corolla before. The 2014 Toyota Corolla holds the same driving dynamic and promise of reliability as its predecessors, however, retaining the affordability it’s known for.

The new 2014 Toyota Corolla S Premium package is likely the most affordable total package for this-generation Corolla. It combines great features with a relatively low price tag. For about $20,400 in this package, you get Entune audio with touch screen, SofTex trimmed sport seats with heating, leather-wrapped steering; and exterior additions like the chrome grille frame, fog lights, color-keyed mirrors, a rear spoiler, and other nice touches. The Plus package may make some enthusiasts happier with its bigger wheels and tuned suspension, but the Corolla isn’t a race car, so the market here is probably limited. The Premium, instead, adds better upholstery, which most will likely appreciate more.

Our test model also added the Driver Convenience Package, which adds navigation, a sunroof, HD radio, and other technology to the console. Some may find this $1,500 upgrade worth it, many likely will not. The sunroof can be had separately. 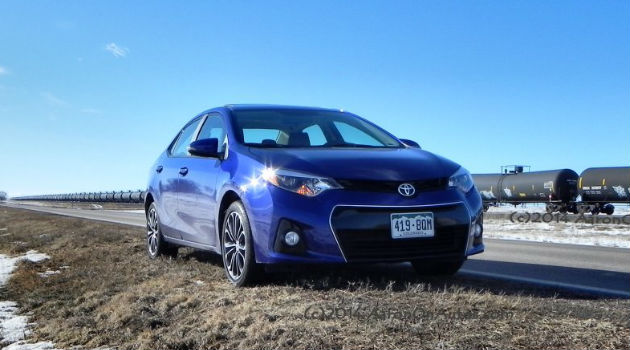 The 2014 Corolla is powered by a right-sized 1.8-liter, four-cylinder engine that produces 132 horsepower and 128 lb-ft of torque. Not big numbers, but about average for the segment. Together with the somewhat clunky continuously variable transmission (CVT), mileage is rated at 37 mpg on the highway and 29 in the city (32 combined). In our week of driving, though, we were under those numbers by about two points, which is not unusual given our high altitude (5,400 feet).

On that transmission, though, drivers should be aware that even those who are not concerned about sportiness or the mechanical technology at work, the CVT in the Corolla is awkward. Even my wife, who considers our Mazda minivan to be the epitome of auto tech, remarked on how hesitant and off-putting the shifting in the Corolla was.

Wait? Shifting? It’s a CVT! Right. There’s the rub. Toyota, somewhere along the line, decided that people were disconcerted by a transmission that never feels like it’s shifting. So they added software that mimics it in their CVTs. It creates the “burp” of a shift every 1,500 RPM or so. Instead of making the 2014 Corolla feel more “real,” however, it makes it feel less reliable and more clunky. To the point that even non-autophiles like my wife notice it.

Outside of that CVT, though, there’s little to dislike about the new Corolla. The inside is roomier and much better outfitted (by market comparison) than its predecessors were. It feels better to sit in, rides a little more comfortably, and sheds some of the “boring compact” feel it used to carry. 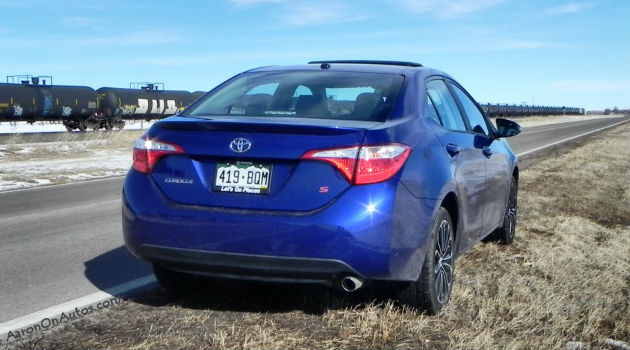 The exterior is far more compelling as well. Some might not like the new look, but no one can complain that the Corolla is boring to look at. Unlike the previous “blah” generations of Corolla, this one stands out from the small sedan crowd. The Blue Crush Metallic paint on our test model was icing on that cake. The great LED low-beam headlights are a standard feature on the 2014 Corolla in all trims as well. Unusual for the segment.

So for about $20,400 or so, you can get a good-looking, yet still contemporary small sedan with all of the versatility and usability you expect from the Corolla name. It’s grown a little, literally and figuratively, but retains the core factors that have kept it in the top three list of best-sellers. Our only complaint is the CVT.

Still, the Corolla faces tough competition from great entries to this market like the 2014 Kia Forte, 2014 Ford Focus, and others. It stacks up better than expected and will likely retain its top-selling status.

Is The V8 Vroom Going To Be Replaced By Technology?