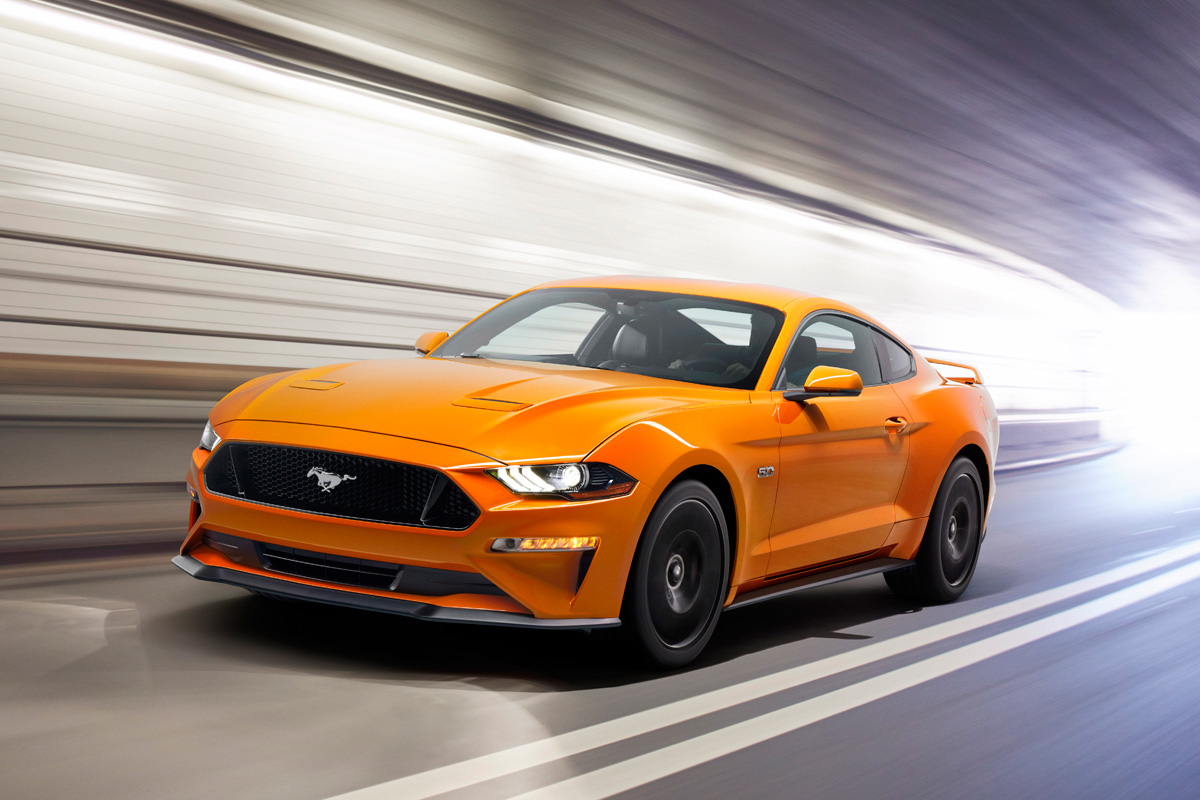 Ford unveiled the 2018 Ford Mustang back in January during the Detroit Auto Show, and while many details were given about the refreshed Mustang, they remained tight-lipped when pressed for performance numbers.

Now, after months of speculation, Ford has finally given us the goods, and it’s pretty mind-blowing. The 2018 Mustang GT’s redesigned 5.0-liter V-8 sees power increased to 460HP and 420 lb-ft of torque — an increase of 25HP and 20 lb-ft over last year’s model. And they’ve figured out how to put that power to the ground, with the car rocketing from 0-60 MPH in less than four seconds in Drag Strip mode.

“Typically, when you shift gears, you give up time,” said Carl Widmann, Mustang chief engineer. “In Drag Strip mode, the engine torque doesn’t drop when you’re shifting. You get peak engine torque and horsepower straight through thanks to our new Ford-built 10-speed transmission.”

Not wanting EcoBoost Mustang drivers to feel left out, Ford also retuned the EcoBoost four-cylinder, which now puts out 310HP and 350 lb-ft of torque (an increase of 30 lb-ft of torque over the outgoing model). In Drag Strip mode with the Performance Package and the 10-speed automatic, the 2018 EcoBoost-Mustang posts an impressive 0-60 time of under five seconds. WOW!

The 2018 Mustang will arrive at dealers this fall, and you can build and price one here starting on July 25th.