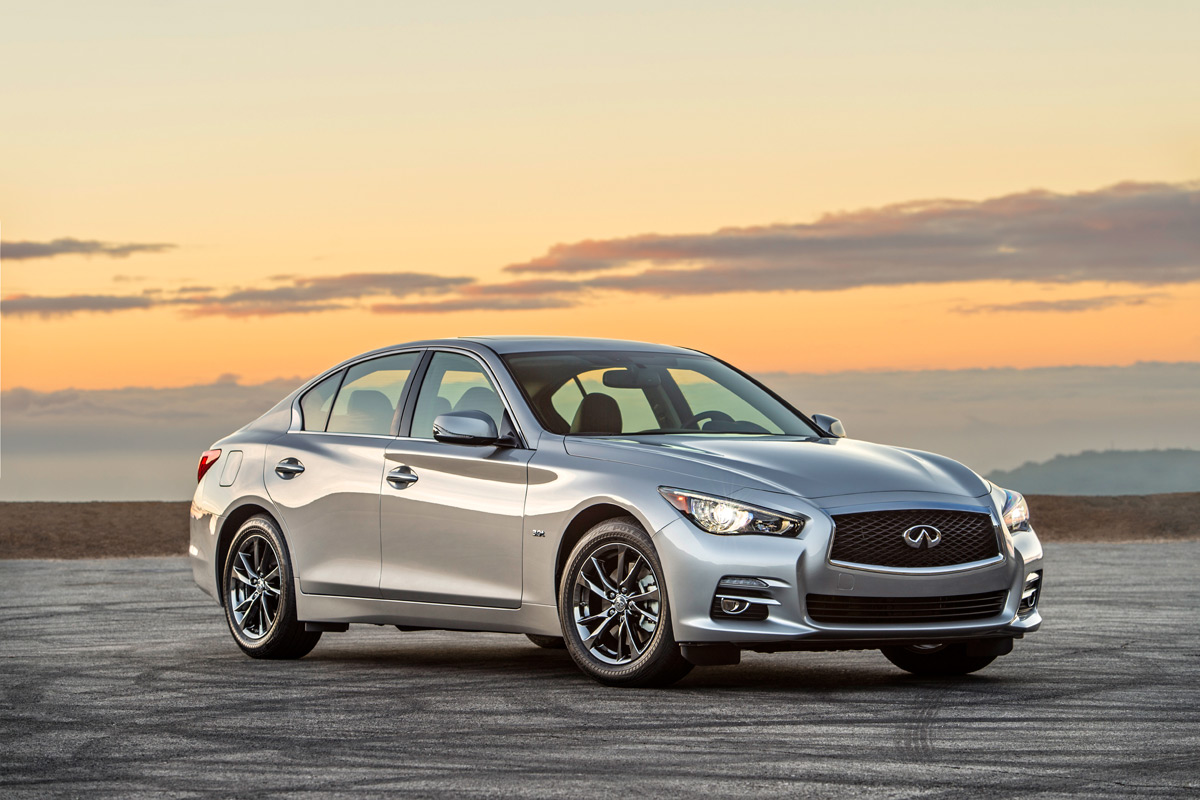 When it comes to luxury sport sedans, we often believe newer = better. But sometimes an older, wiser design hits the mark so well that it’s a timeless beauty. Like starlets in Hollywood, automotive beauty can be fast and fleeting, but elegance remains permanent. The 2017 Infiniti Q50 has that kind of elegant quality that makes even its relative age a mark of wisdom.

We can wholeheartedly recommend most of the Q50’s model trims, as all four are great for what they aim to be. The 2.0t is the baseline model, and is good for everyday driving and around-town getting. The 3.0t might just be the best bang-for-the-buck, with a well-equipped model coming in at around $40,000 in most markets after dealer incentives. 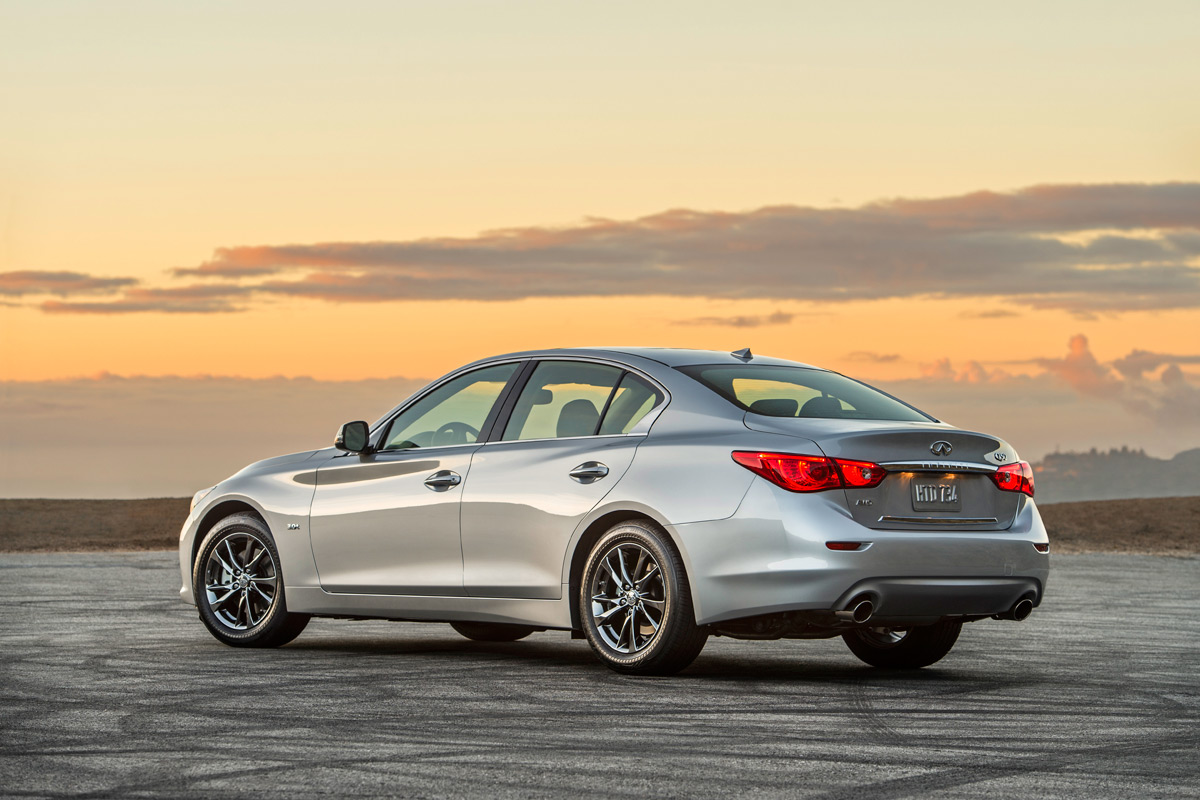 The Red Sport 400 is for true driving enthusiasts who might spend the occasional weekend at the track. The Hybrid model is the only real disappointment of the group, returning less-than-expected fuel economy for the hybrid’s tradeoffs in performance and higher price.

All of the 2017 Q50 models have the same timeless exterior and beautiful interior experience. An understated front grille, hawkeye headlamps, and a rolling curve to the hoodline give a statement of classic movement. The hood’s bold lines are mimicked at the fenders. The 2017 Q50 is a beautiful sedan for the midsize luxury segment and stands as one of the more elegant on the market.

Inside the Infiniti Q50, our only real complaint was with the dual-screen infotainment setup. It’s one of those ideas might have seemed like a great idea on paper, but that didn’t translate well to reality. Especially as the Q50’s interior was not originally designed for both screens. The two screens do not really work well together (nothing can be passed from one to the other, for example), and they are prone to glare and finger smudges as well. Especially the lower screen, with its slight upward slant. This is an idea that should have waited for the car’s full redesign or a complete interior refresh. As it is, it gives the impression of being a last-minute throw-in that disrupts the Q50’s otherwise excellent interior demeanor. 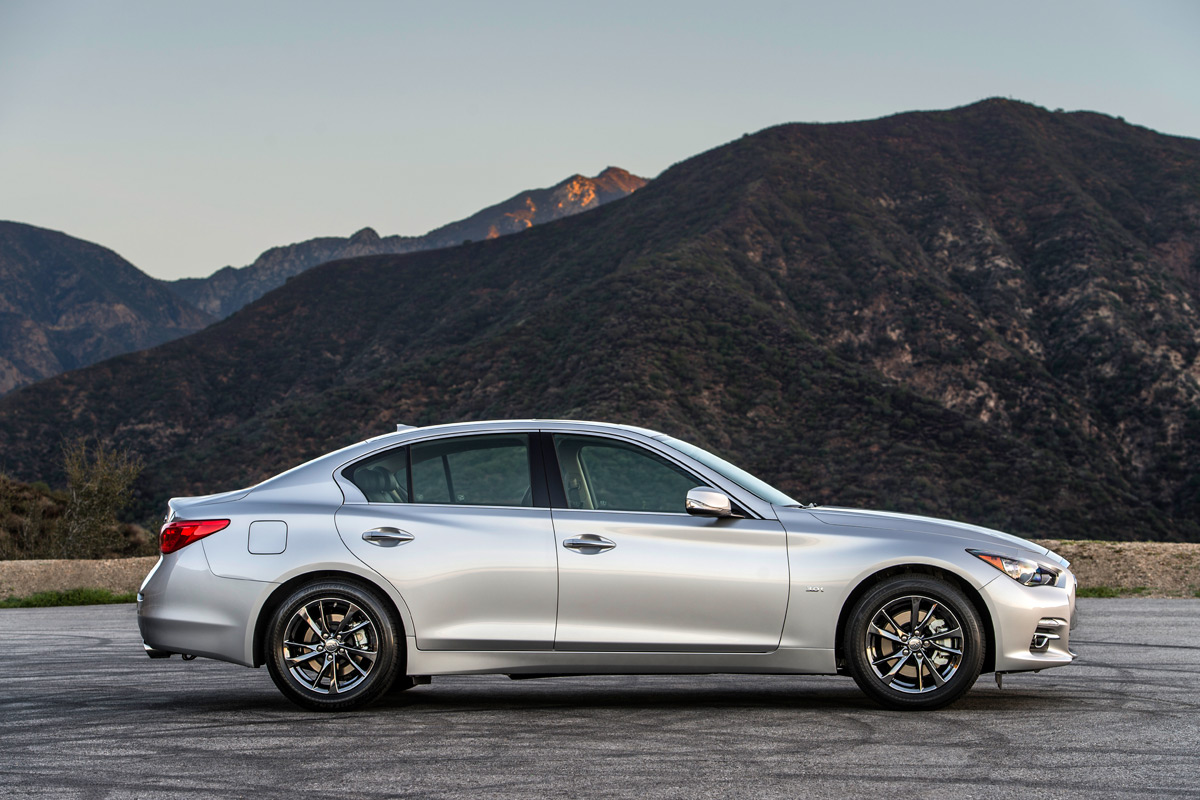 Outside of that, the interior design is otherwise flowing and made up of high-quality materials that are well-formed and chosen for the car. The curve of the dash de-accentuates the lift it’s received to accommodate longer legs, which adds an airy feeling to the front seating. The driver’s cockpit has an excellent controls layout with necessary controls within easy reach. Adjustments are plentiful and allow any driver to find the right position for their preference.

The rear seating is also spacious and with ample headroom, despite the fast-appearing curve of the Q50’s roofline. Classically ergonomic elements like low step-in heights, short sills, high door openings, and wide-swinging doors all come together for easier entry/exit. In addition, the rear seats are positioned high enough that all but the tallest of passengers will find leg and thigh comfort when sitting. Cargo space is also good at 13.5 cubic feet. The rear seats fold to add more when required.

On the road, the 2017 Infiniti Q50 is quiet and well-mannered with a strong driving presence during those times when corners are pushed and acceleration is demanded. In all trims, the highway ride is quiet and superb during normal driving and engine sounds are dynamic and thrilling when the accelerator is pressed. More so in the V6 options, of course, and less so in the hybrid. 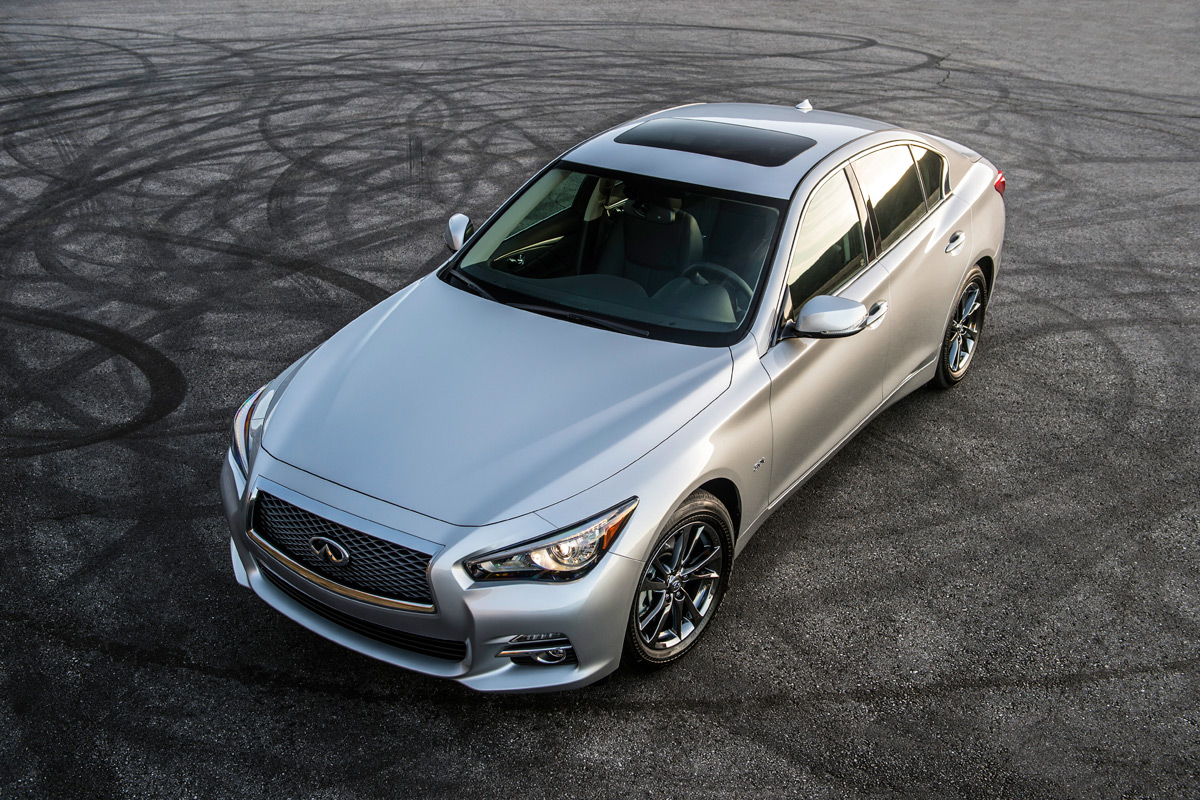 The engine options in the Infiniti Q50 are plentiful for the class. The base model’s 2.0-liter turbocharged four outputs a commendable 208 horsepower and 258 foot pounds of torque. This engine is peppy and quick in town and for most highway driving. It can feel a bit slower than the larger V6s when attempting to pass on the freeway. However, the fast-shifting transmission goes a long way towards making up for that. It’s usually quick to downshift and add more power when pressed.

Jumping up to the 3.0t gives you a turbocharged V6 that puts out 300 hp and 295 lb-ft. This engine produces solid output throughout the RPM range and is very good at most any speed. It’s better at highway cruising than is the 2.0t, giving the 3.0t our highest recommendation as an everyday luxury car that isn’t boring.

That 3.0-liter V6 can be further boosted with more robust turbochargers to produce 400 horses and 350 foot pounds in the Red Sport 400 model, which gives drivers a truly track-ready sports sedan. Handling and other performance characteristics of the car are also modified to handle the higher power and better performance expectations this car carries. 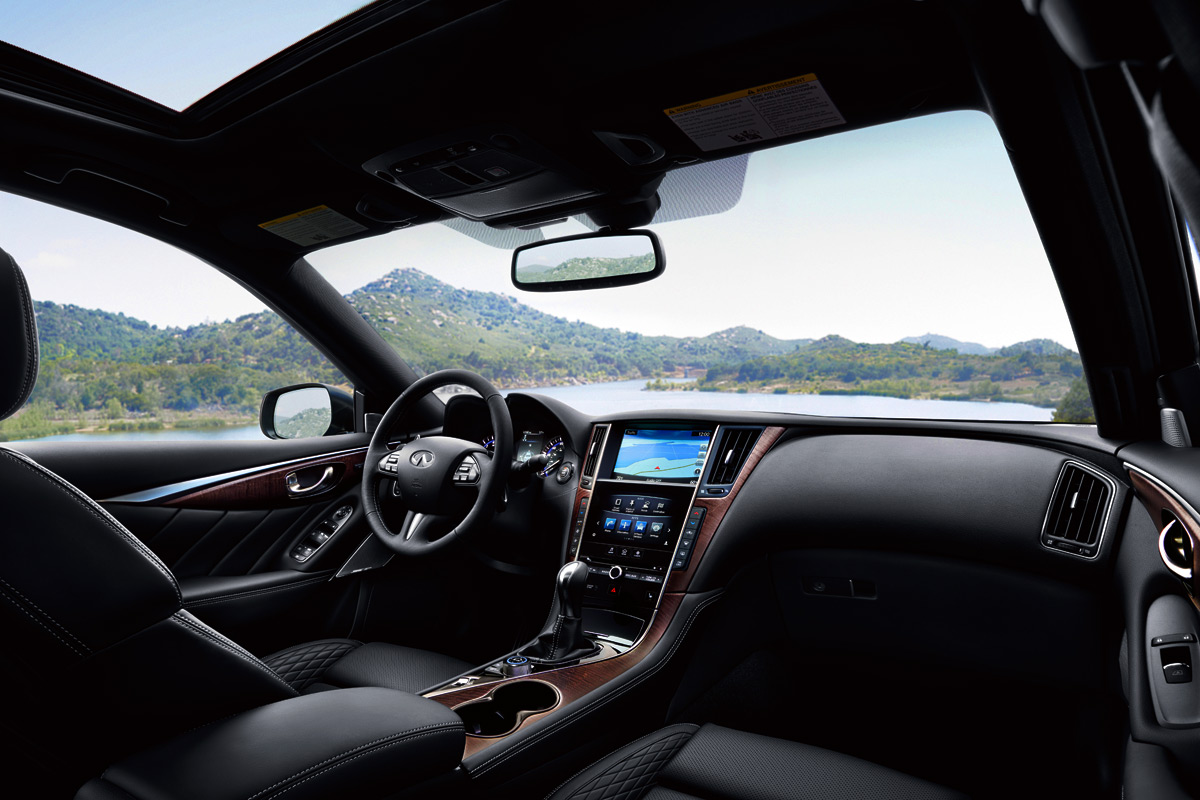 Finally, the Q50 Hybrid is powered by a naturally-aspirated 3.5L V6 that mates to an electric motor and small battery pack. The combination produces more than 360 horsepower, but is reluctant to release most of it most of the time thanks to its in-built efficiency-bias. That makes the Q50 Hybrid less interesting to drive and the fuel economy payoff is not as good as might be expected.

Compared to others in the midsize luxury sedan segment, which include the BMW 5 Series, the Mercedes-Benz C-Class, and the Lexus IS, the 2017 Infiniti Q50 is a solid competitor. It’s design is a bit older than the others, but it’s timeless and elegant as well. The German makes are sportier, in general, and the Lexus is more luxurious on the interior. Yet none of them can boast the combination of timelessness and all-around excellence of the Q50. We found the 2017 Q50 to be a highly enjoyable and underappreciated luxury sedan.

Related Topics:2017 Infiniti Q50Infiniti
Up Next