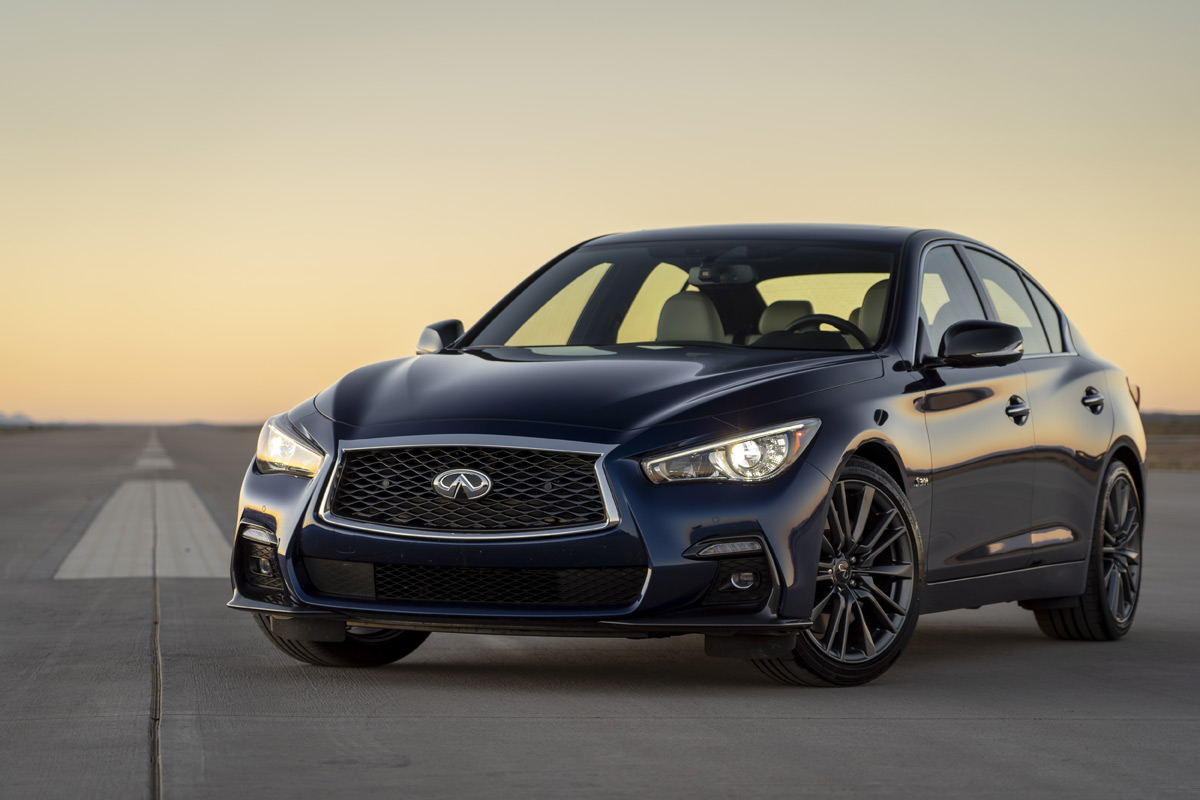 The current-generation Infiniti Q50 made its debut back in 2014, and the svelte sports sedan has seen its competitiveness wane as others updated their entry-level luxury sedan offerings. But Infiniti made some changes to the aging Q50 that should boost its appeal considerably, adding two things that were holding it back and getting rid of something else that frankly, no one will miss.

First, it’s out with the four-cylinder boredom fest of an engine that the Q50 had. The 2.0-liter turbo-four put out just enough to make the car go, but not enough to make it go into the fun zone. When the Q50 first arrived on the scene, 208 horsepower was not bad for a starting point luxury drive. But today, that number is barely adequate compared to its rivals. The segment is far more competitive now that mainstream sedans are disappearing from the marketplace. And Infiniti clearly recognized that. Hence the dropping of the four and the focus on the very well-done 3.0-liter turbo V6 that really puts this car on the map (and across it quickly). Especially in the Red Sport 400 model, which boosts that muscle from 300 to 400 horses. 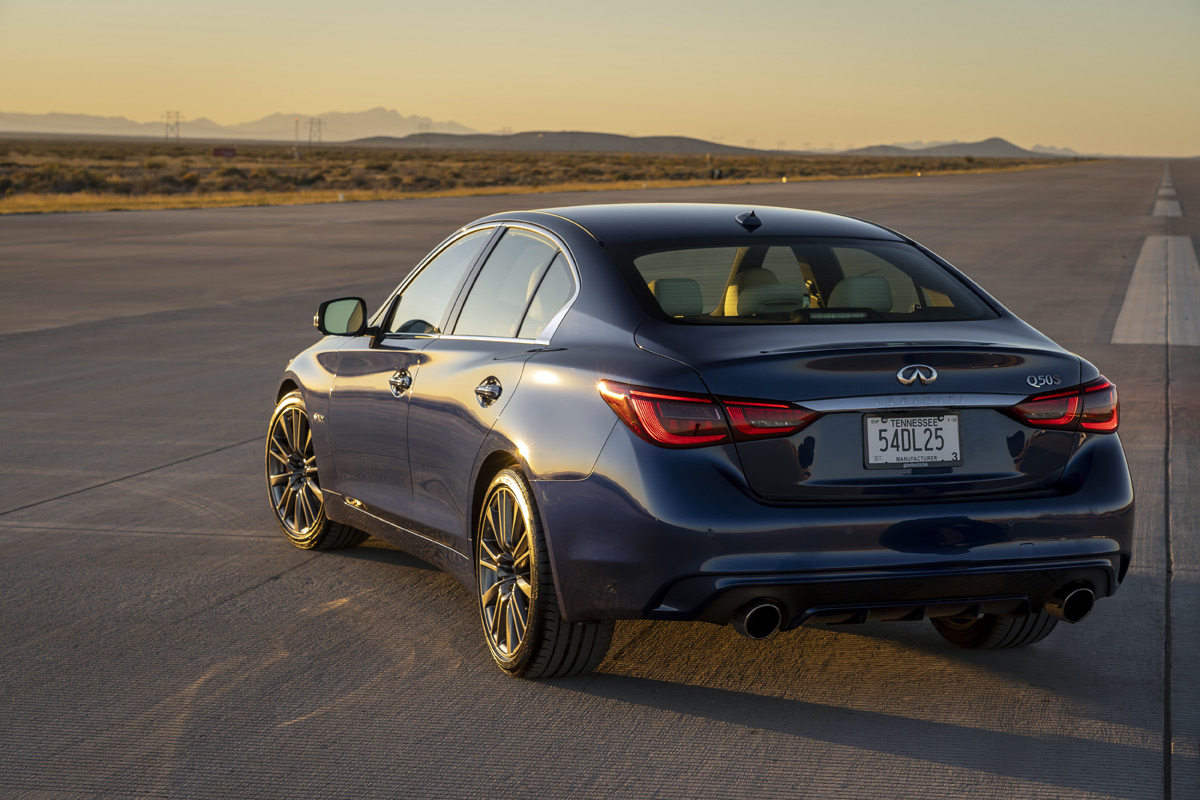 The same 7-speed automatic transmission is in both the standard and Red Sport 400 models, tuned to match the engine’s power for each option. A nice bonus is that all-wheel drive can be equipped on both of the Infiniti Q50’s engines as well, giving the Red Sport 400 AWD not only lots of muscle, but also lots of traction. A powerful combination indeed.

Most things that you’d expect of a luxury sedan are standard features in the 2020 Infinti Q50. LED lighting, for one, and simulated leather upholstery with power adjust seating for another. Forward collision warning with automatic emergency braking is also included as standard. So are the dual-screen displays for infotainment, which we could probably live without. New this year is Apple CarPlay and Android Auto, also standard in the Q50. The lack of those was a serious drawback for last year’s Q50 and it’s a big selling point that they’re included now. 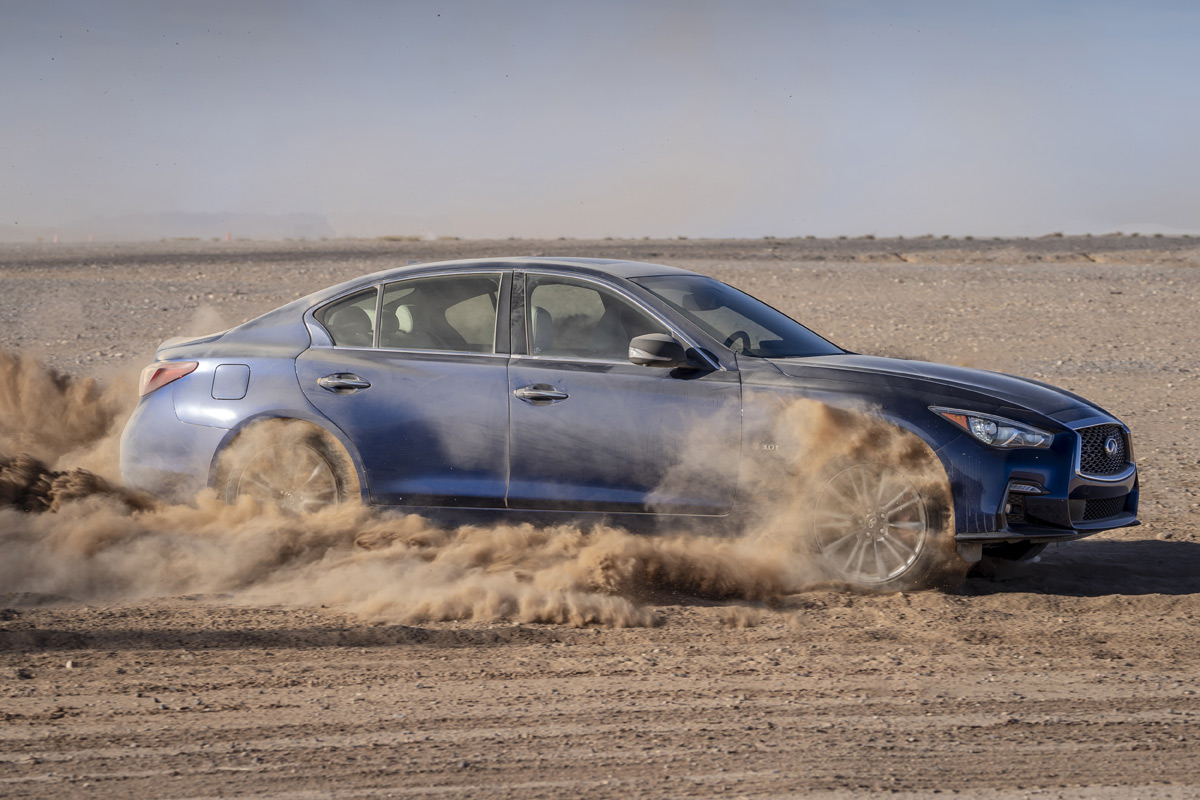 Knowing all of that, it should be pointed out that the interior of the 2020 Infiniti Q50 is still pretty dated compared to most of the other options in the small luxury sedan market. Storage is at a premium and the infotainment interface (despite the dual screens) seems clunky and lower tier. But seating is more than comfortable with lots of adjustment and the back seats, while smaller than some, aren’t too cramped. Likewise, trunk space is large and the seating positions are really good.

Those seats, especially the driver and front passenger spots, are a part of what makes the 2020 Infiniti Q50 a great drive. The rest is all in the Red Sport 400’s beautiful turbo-six and its fast output, plus the tight steering rack and solid handling the Q50 brings to the roadway. This car is lots of fun to pilot and it feels very good all of the time. Some of us won’t mind the outdated luxury of the interior if the tradeoff is the great drive appeal of the car that normally would come at a much higher price in this segment. 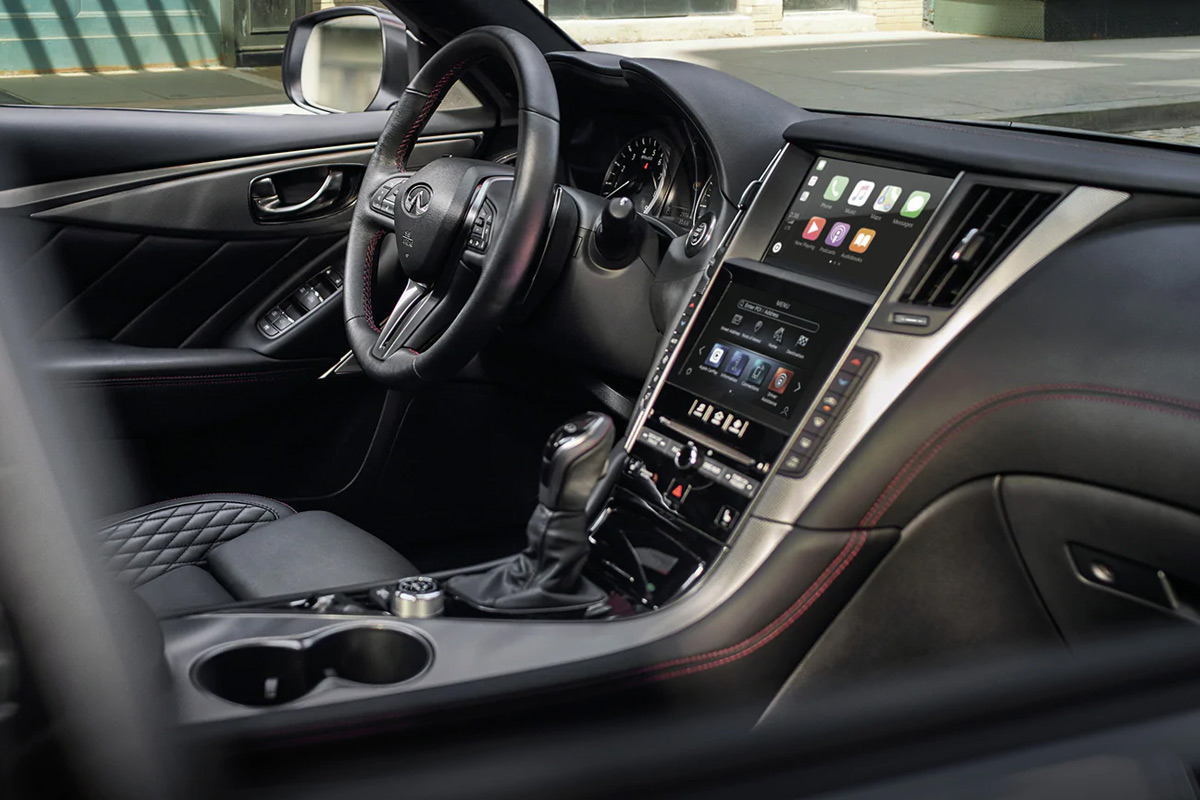