With only a few weeks left until the entire country goes a little bit Walking Dead and spends the remaining weeks teetering on the verge of a sugar-induced coma, we’re going to look at why car people are winning at Halloween. Now, you don’t have to invest huge amounts of money into showing off your love for both cars and Halloween, there are relatively many cheap and surprisingly effective ways to flaunt both. The following ideas show what can be done with a bit of effort and money. You’ll probably need more than a few weeks to get them done though. 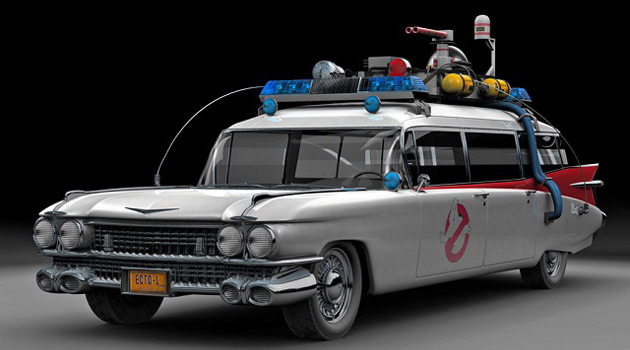 Anyone who was around in the 1980’s saw Ghostbusters. It spawned a generation of children wanting to live in a firehouse hunting for ghosts. Sadly, this was a dream that very few of us could accomplish. We may have grown out of this dream, but we grew into car people, and car people get things done. Knowing that the car used by the Ghostbusters was a 1959 Cadillac Miller-Meteor we can recreate a little bit of that 80’s magic. Even if you can’t find a working model of the car there are many kits you can build to have your very own Ghostbusters car decoration for your front yard. Ideal if you want to one-up your neighbors. 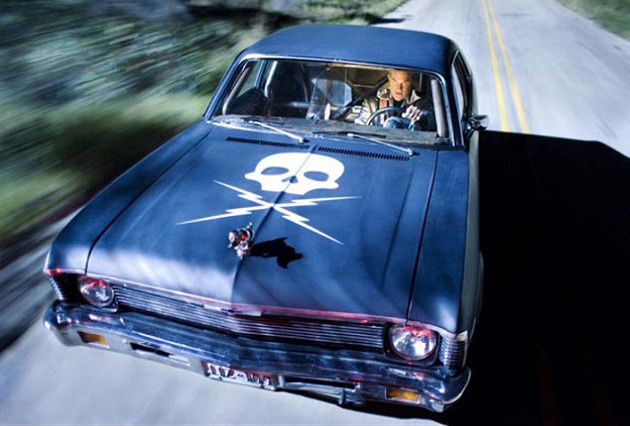 This is a more realistic way to Halloween up your car. If you’re a proud owner of a 1970 Chevrolet Nova or a 1969 Dodge Charger it won’t take much modification to have it looking like Stuntman Mike’s. A simple skull vinyl decal and a hood ornament and you’re ready to go. Providing it’s the right color. It’s a slightly more modern reference that more of the kids might understand. Granted, it’s not really a horror movie, but who cares? You own a Charger.

Everyone dresses up and makes a big deal of their house for Halloween, but why not use your car as part of the decorations? It makes sense right? It’s always outside of your house and the modifications only have to be temporary. If you have a car with a wide grill, an MX-5 or any European car for example, add teeth to it. These anthropomorphic cars always look like they’re smiling anyway so make them creepy. Add some fake blood to them and make it look like you’ve hit something/someone. Just make sure it’s not going to damage the paintwork first.

I’m not going to limit this just to car people, bikers can also play a part in the high octane Halloween decorations. If you have a spare $30,000, you can buy a H. R. Giger inspired alien motorcycle. It’ll draw a lot of attention, but there are only a few in the world. There are plenty of examples online if you think you have the technical know how to make your own. 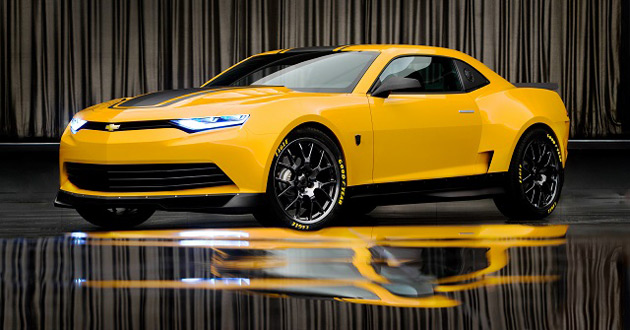 Not scary in the least, but definitely creative. To make one of these you’ll need some serious design software, about a year’s worth of spare time and plenty of hinges. It has been done in the past so it isn’t going to score you any points for creativity, but there’s nothing stopping you making a costume based on your car. Aside from the insanely difficult work that you’d need to accomplish it.