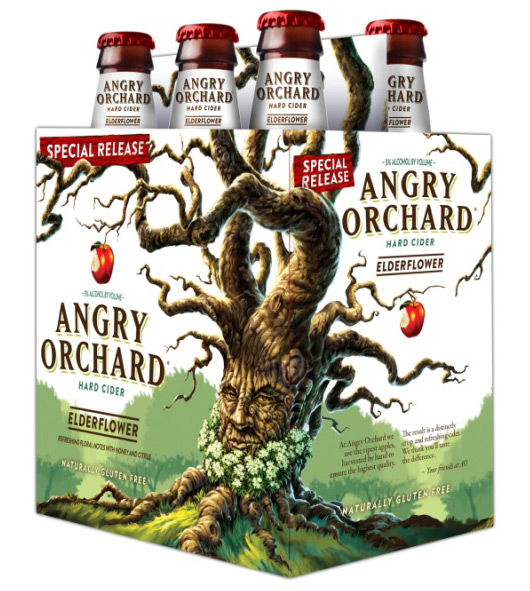 It’s a fact — The next big thing in everyone’s glass is hard cider, which according to a recent Nielsen report, gained 65 percent in sales during 2012 compared to 2011. Hard cider’s made like wine, has bubbles like beer, and pairs exceptionally with a variety of foods. No wonder it’s so popular!

Last year, Angry Orchard exploded on the scene with three core varietals, and most recently became the No. 1-selling U.S. hard cider brand. Now, Angry Orchard’s cider makers are expanding the collection with an entirely new cider varietal that’s the first of its kind.

Elderflower has become one of the hottest cocktail ingredients in the last decade. The new Elderflower Hard Cider is inspired by the European tradition of elderflower cordials, dating back to ancient Roman times. The flavor is reminiscent of tropical fruits like lychee, pear and citrus, which make it a great match for the rich, fruity flavors found in the culinary and bittersweet apples used in all of Angry Orchard’s cider.

All Angry Orchard styles offer remarkably crisp, refreshing and distinct flavors for any palate and are naturally gluten free:

Find where Angry Orchard is served near you by visiting their “cider finder” at:
www.angryorchard.com/find-angry-orchard/.

What People Really Think About A “Guinness Girl”