This week’s DVD Tuesday brings us two highly anticipated DVD releases – A chilling reboot of a storied horror franchise, and a star-studded near-three-hour opus that reaches for deep metaphysical meaning. Here’s what movies are worth picking up this week: 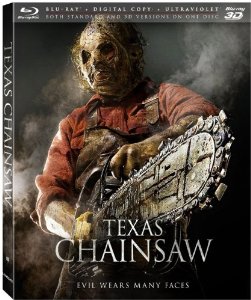 In 1974, enraged townspeople hunt down and kill every member of the Sawyer family for committing a series of grisly murders. Decades later and hundreds of miles away, a young woman learns that she has inherited a Texas estate from a grandmother she never knew she had. After embarking on a road trip with friends to uncover her roots, she finds she is the sole owner of a lavish, isolated Victorian mansion. But her newfound wealth comes at a price as she stumbles upon a horror that awaits her in the mansion’s dank cellars. 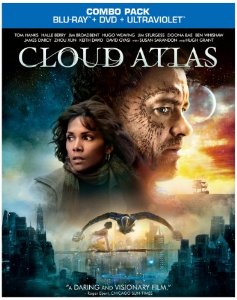 Future. Present. Past. Everything is connected. An exploration of how the actions of individual lives impact one another in the past, present and future, as one soul is shaped from a killer into a hero, and an act of kindness ripples across centuries to inspire a revolution. The story is a time-shifting weave of six interlinking narratives, with diverse settings from the savagery of a Pacific Island in the 1850s to a dystopian Korea of the near future. Based on the New York Times best-selling novel Cloud Atlas written by David Mitchell.