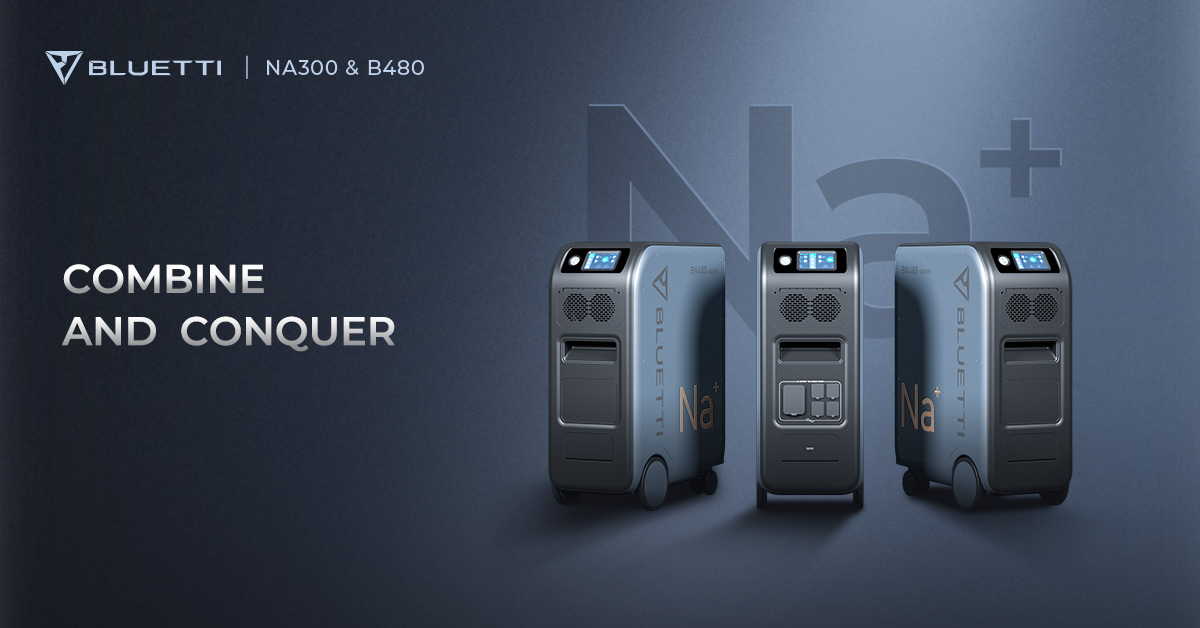 As climate change continues to push the world towards carbon neutrality, we’re seeing a rapid transition from conventional energy systems to renewable ones like chemical batteries and battery-powered machines.

The Sony Corporation commercialized the chemical lithium-ion battery back in 1991, and since then they’ve dominated applications in consumer electronics, automobiles, and even aviation. However, this energy shift has brought about the need to develop an alternative to lithium-ion, an element that is slowly but surely becoming harder to come by with rising large-scale demand.

Referring to the periodic table of elements, sodium and lithium are the closest metals in the same group with very similar chemical properties, and there is over one-thousand times sodium than lithium in the Earth’s crust. Sodium-ion batteries thereafter have been a revival to be the optimal alternative with a consistent working principle.

Enter BLUETTI, a name you’ve likely heard before if you’re a regular reader of the site. The Las Vegas-based company is the leading world manufacturer of solar energy facilities including solar generators, photovoltaic panels, and related accessories. Its energetic residential power stations launched in the past two years-AC200P, EP500, and AC300 have stood out from the promising solar solution market, and now it ventures to integrate the innovative sodium-ion battery technology into its upcoming solar products.

Recently BLUETTI has announced the world’s first sodium-ion solar generator-NA300 and its compatible battery pack-B480 on its social media platforms.

The BLUETTI NA300 and B480 seamlessly inherit all the style and appearance settings of their predecessor – EP500 Pro, including four 20A plugs and one 30A L14-30 output ports driven by the built-in 3,000W pure sine wave inverter to juice up most household electrical appliances. 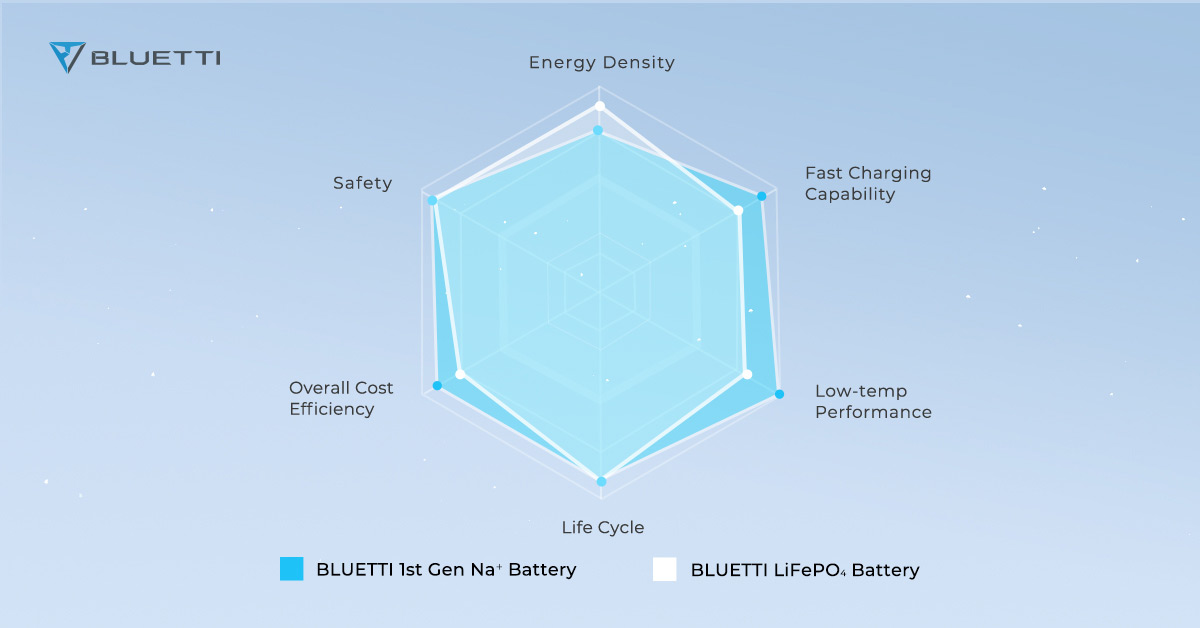 However, due to sodium-ion battery technology limitations, the NA300 provides a capacity of 3,000Wh, less than the 5,100Wh of EP500 Pro of the same size. But it supports up to two B480 battery modules (4,800Wh each) for a whopping total capacity of 12,600Wh, and the unit can sustain the constant supply for a family electricity needs for several days or even a week in grid failures or natural disasters with recharging by the solar panels.

Furthermore, NA300 also offers the 240V, 6000W connection with a Fusion Box and another NA300, IoT App Remote Control by iOS or Android, and other EP500 Pro features.

BLUETTI’s first-generation sodium-ion battery rivals the LiFePO4 battery cells widely used in other products of theirs in security and long cycle life except for the low energy density; yet the former excels in terms of cost, low-temperature performance, quick-charging, and other electrochemical aspects because of its chemical characteristics.

It will take less than 30 minutes to charge BLUETTI’s sodium-ion battery to 80% SOC at room temperature. In addition, the sodium-ion battery pack in the NA300 and B480 has a capacity retention rate of over 85% in a -20°C (-4°F) environment and provides a system integration efficiency of over 80%, which is ideal for use in regions with extreme cold.

The BLUETTI NA300 will make its debut at CES 2022, and the company is also expected to take the wraps off a range of new products in front of global audiences, demonstrating their state-of-the-art technology and alternative power solutions towards a sustainable future. Stay tuned and check more information at www.bluettipower.com.

Save On Solar Generator, Solar Panels and More During BLUETTI’s Christmas Sale

5 Innovations That Aim To Make Electric Vehicles Cleaner Than Ever