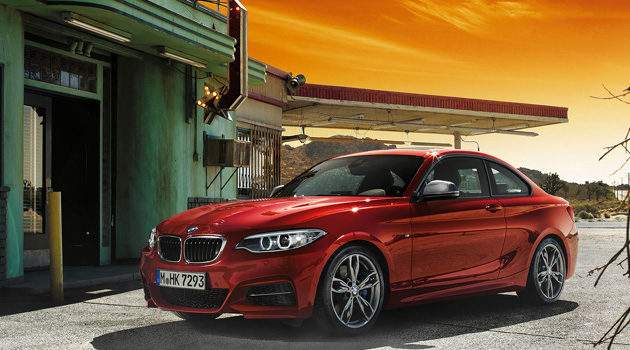 The 2017 2 Series might not look any different visually, but there are some pretty serious changes under the hood, namely two engines (and two new model names to go along with them).

The 230i (which replaces the 228i) is powered by a 2.0 liter inline-four engine that puts out 248 horsepower and 258 lb-ft of torque, an increase of 8HP and 3 lb-ft over the 2016 model, while delivering even smoother power delivery and efficiency.

The BMW M240i Coupe powers from 0 to 60 mph in 4.6 seconds, with the automatic doing it in 4.4 seconds. But option the car with all-wheel-drive, and the 0-60 time drops to a truly impressive 4.2 seconds! That’s 0.2 seconds faster than its predecessor across the board.

All-wheel-drive models are eight-speed automatic-only; a six-speed manual is a no-cost option on the 230i, and available (with a rev matching function) on the M240i. These models will launch later this summer, with pricing available closer to that time.

Related Topics:2017 BMW 2 SeriesBMW
Up Next

2017 Ford GT Can Be Ordered With Optional Carbon Fiber Wheels