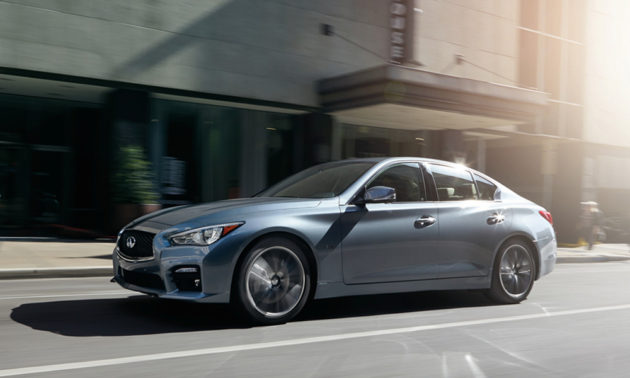 Today, Infiniti announced pricing for the 2016 Infiniti Q50 3.0t models (each powered by an all-new 300HP 3.0-liter V6 twin turbo engine), and with a starting MSRP of under $40,000, it’s sure to steal more than a few sales away from their competitors, who can’t compete at this price point.

If you shop their competitors (BMW, Mercedes-Benz, Lexus, Audi, etc), you’re looking at a bunch of slower, 4-cylinder engines at the $40K mark. For the first time in a long time, it seems like Infiniti is going back to their roots and offering a comparable vehicle at a substantial savings, and it’s just what the brand needs to bolster sales of the Q50.

I’ve long been a fan of the Q50, but I felt like the pricing had gotten a little out of control, with cars stickering for over $50K. Now with their revised model lineup, things look to be back on track.

The 2016 Infiniti Q50 is on sale now at Infiniti retailers nationwide.

Related Topics:2016 Infiniti Q50Infiniti
Up Next