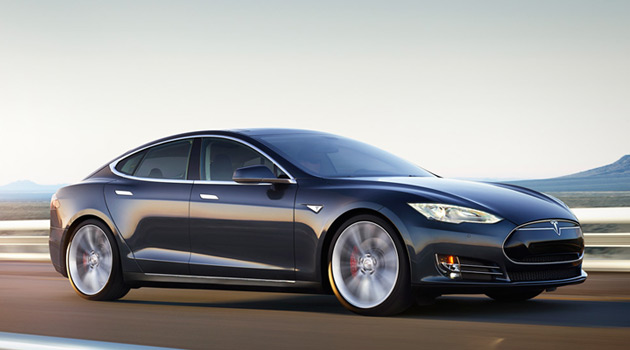 Tesla has an extensive blog post that highlights all of the features of the Model S P85D, but for those of you who want the Cliff Notes version, here you go:

Put it all together, and you’ve got a real-life version of KITT from Knight Rider, one that’ll do 0-60 in a scant 3.2 seconds. That’s faster than the new Dodge Challenger Hellcat. And that’s the beauty of electric vehicles, being able to deliver 100% of peak torque from a standing start.

After the unveiling, select members of the press got to go for a ride in the P85D:

Pretty wild, right? Even crazier is that this isn’t just some technical exercise, but this a car you can place an order for TODAY, with deliveries of the P85D beginning in December for North American customers.

The downside? It’ll set you back roughly $120,000 (though optioned out, the price can go as high as $140K). Hey, nobody said being an early adopter was cheap!