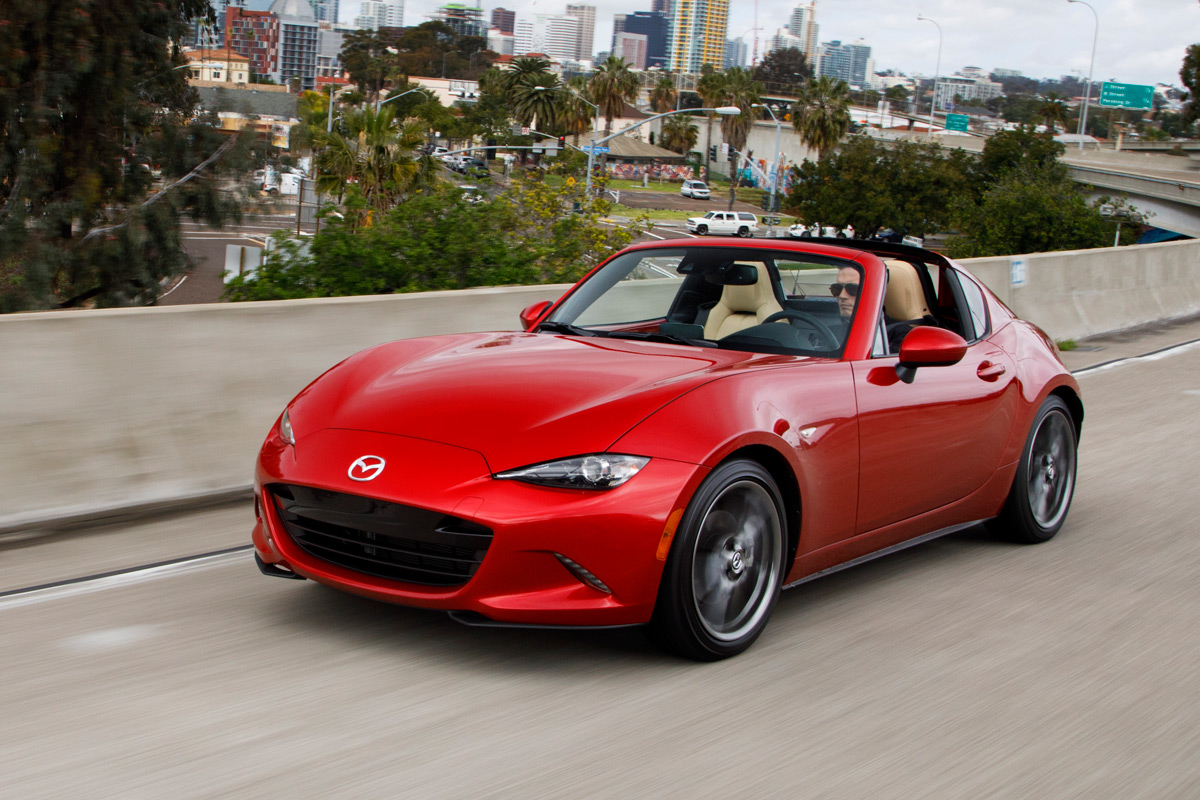 A few weeks ago, Mazda invited us to the gorgeous Rancho Valencia Resort & Spa just outside San Diego to experience the new 2017 Mazda MX-5 Miata RF and 2017 CX-5 with a rather unique drive program that was a refreshing change from the norm.

After spending the morning ripping through the twisties in the MX-5 RF, we stopped for lunch at the Temecula Olive Oil Company, where we did a little olive oil tasting and had lunch in the orchards. After driving the CX-5 in the afternoon, we made our way to the Yoga Pavilion for a meditation session, illustrating a technique that Mazda designers use to help inspire their designs. At dinner, we were able to try our hand at clay modeling, a process Mazda still uses to bring a physicality and presence to a car’s form and design. 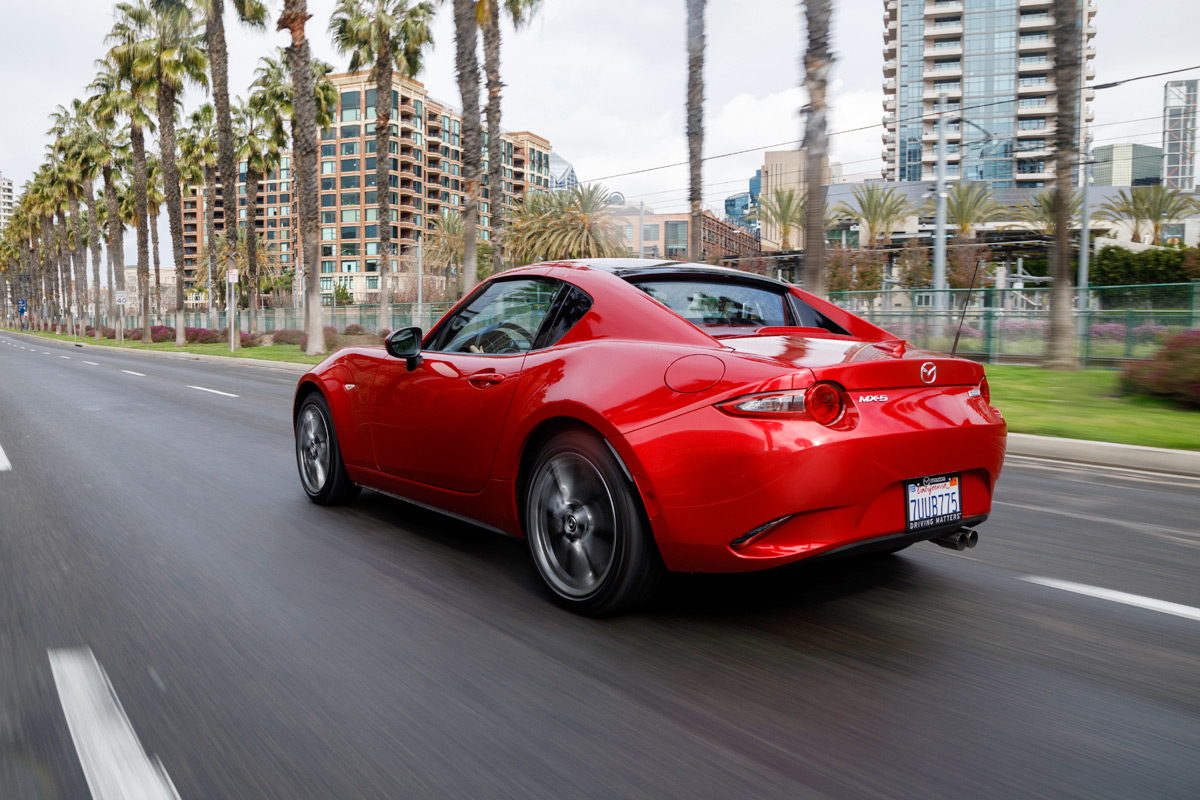 We’ll cover the CX-5 in a separate post, but for now let’s talk about the MX-5 Miata RF, a car that I have been eager to drive ever since it made its debut at the New York Auto Show last March. The successor to the third-generation MX-5 PRHT (power retractable hardtop), the RF (retractable fastback) lets owners experience the best of both worlds, the comfort and style of a coupe and the open-air enjoyiment of a roadster.

From a looks perspective, I think Mazda absolutely knocked it out of the park. The car looks exactly the same from the front, but the side and rear profiles look infinitely better, thanks to the fastback styling, with a smooth roofline that slopes down to the rear end. Whether the top is up down, the MX-5 RF is a real stunner. 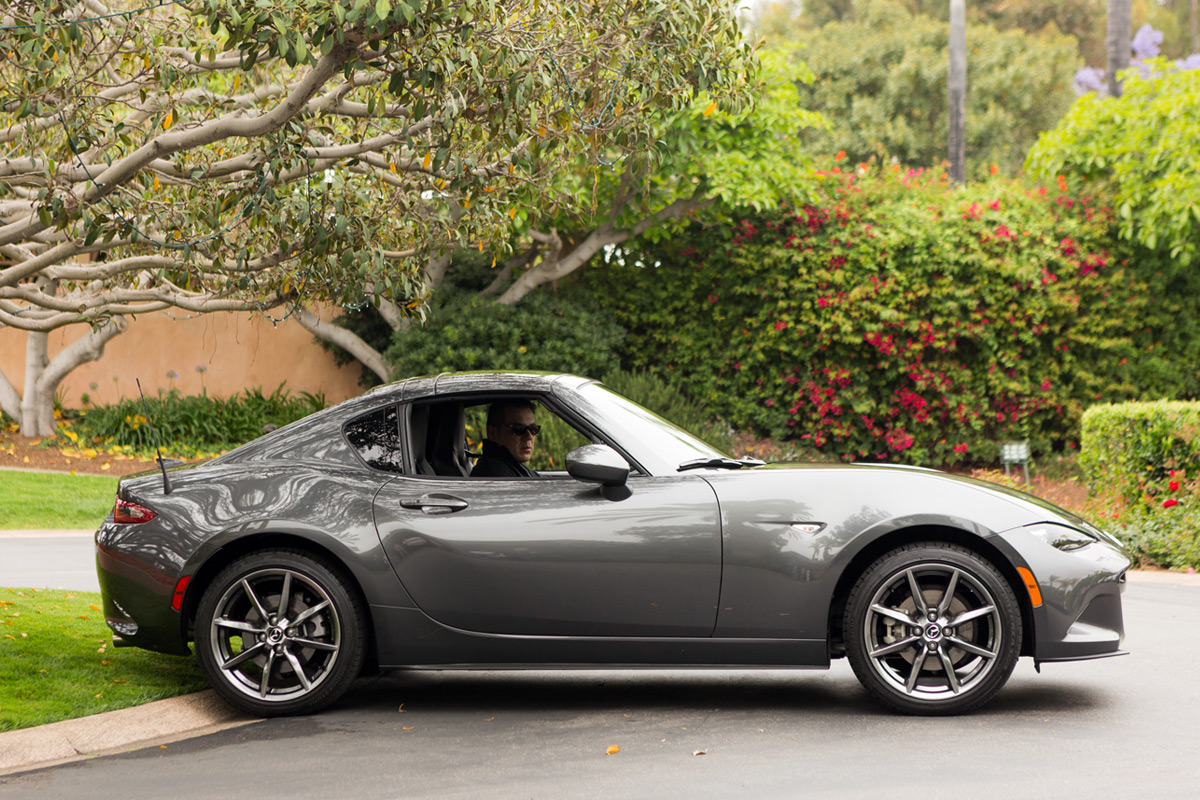 Ironically, Mazda’s decision to go with the fastback design over a fully-folding top was because they couldn’t figure out a way to swallow the entire roof without severely cutting into the car’s already limited trunk space. In the end, I think they made the right decision going with a targa top design!

On the road, I thought the MX-5 RF drove just like the 2016 Mazda MX-5 Miata I tested awhile back, despite gaining 113 pounds due to the new roof panels and accompanying motors. To balance out the extra weight, Mazda engineers raised the pressure in the shocks and dialed the front stabilizer bar and rear springs. The steering calibration was also tweaked to reduce on-center friction and make it less twitchy. 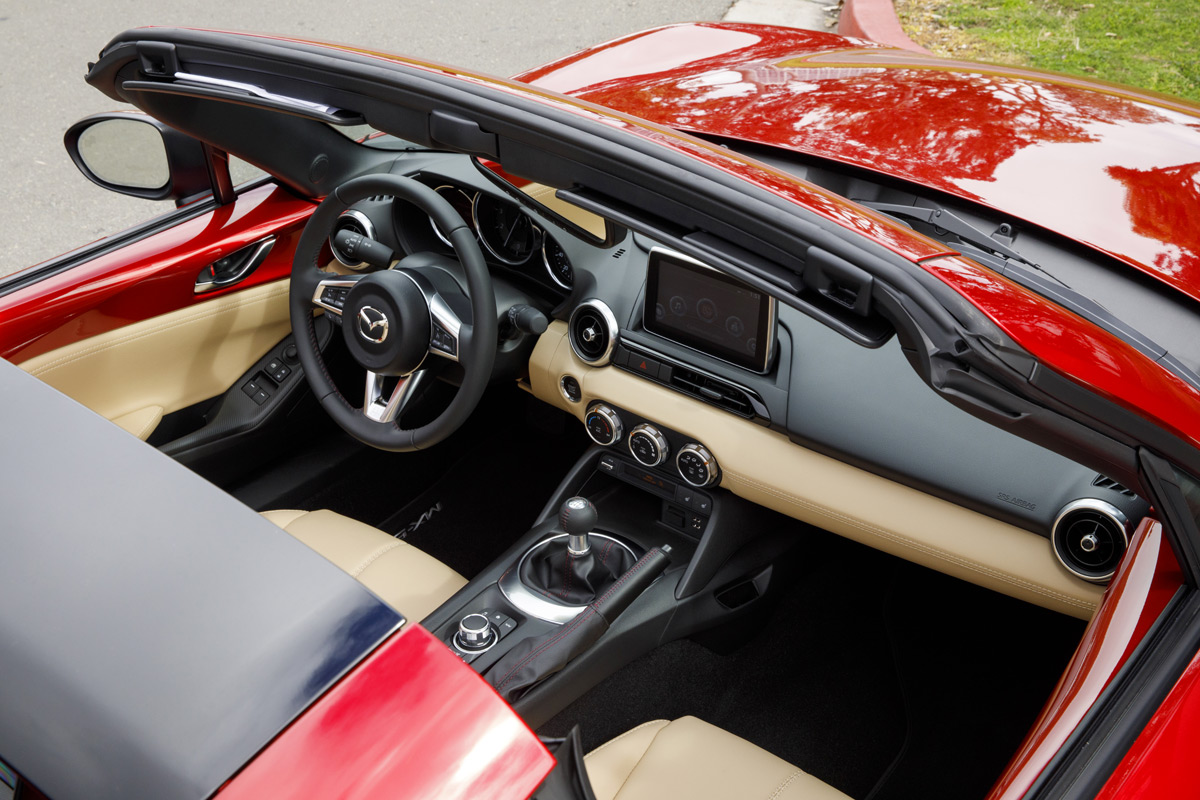 The biggest changes happen inside the car. The interior remains the same, but the amount of wind buffeting while driving at speed on the highway is significantly less thanks to the fastback design with the rear glass window. With the regular Miata, having a conversation with the top down was pretty much impossible. In the RF, the cabin is calm and quiet(er), and my driving partner and I had no problem hearing one another. I was even able to keep my hat on without it flying off, something that was impossible in the soft-top Miata.

Overall, there’s a lot to love with the new Mazda MX-5 Miata RF. It’s almost like you get two cars in one. With the top up, the car feels like a traditional coupe. And with the top down, you’ve got the sun shining in and the wind in your hair.. just not as much of it. 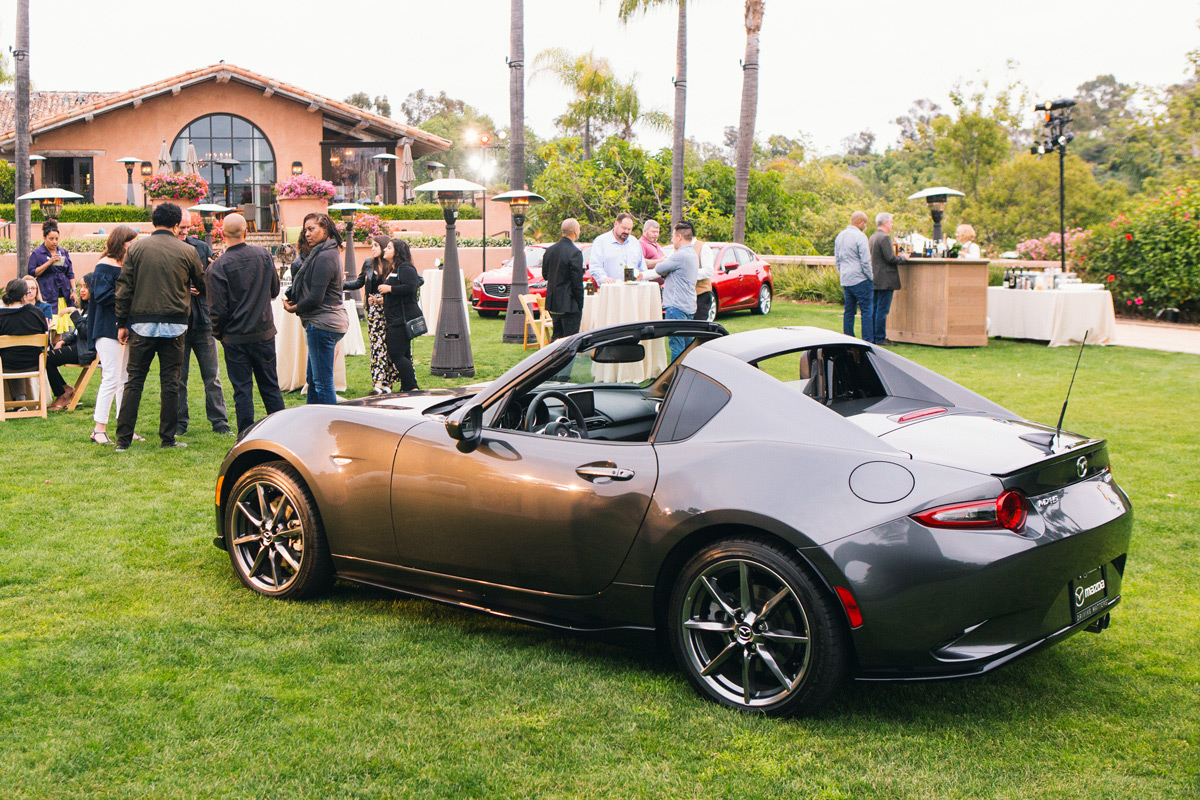