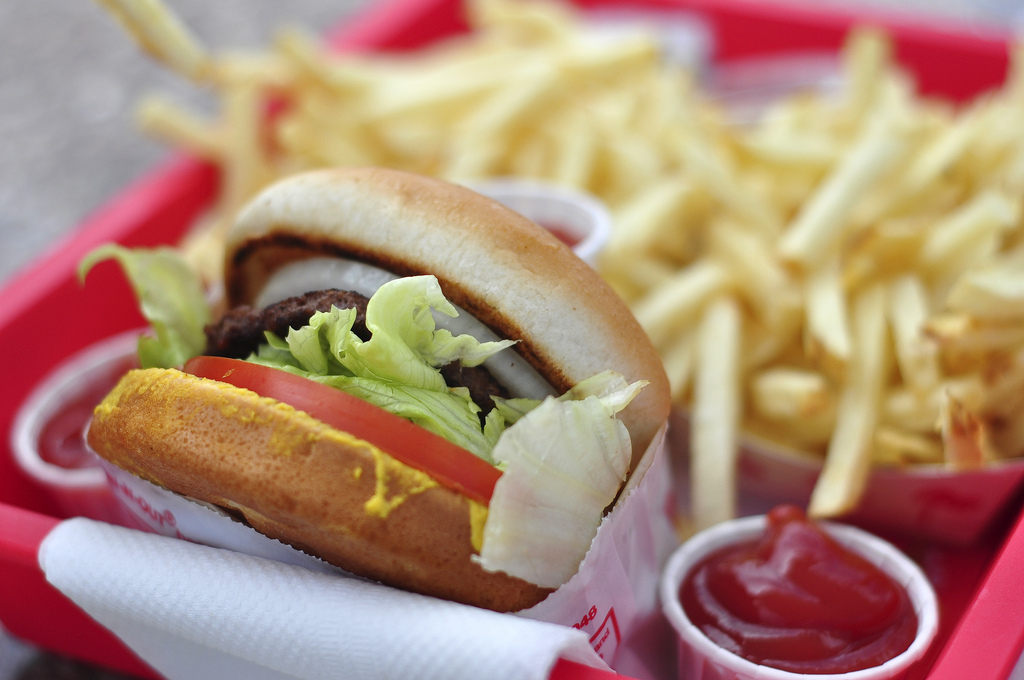 For years, my West Coast friends had been telling me about how great In-N-Out Burger was. “They’ve got a secret menu!” “Order a double-double, animal style (no bun).” “Oh my god, their secret sauce is to die for!” Even my younger sister, an East Coaster who moved out to California for college, is obsessed with In-N-Out.

So when I came out to Los Angeles for the first time, I was excited to try this storied burger joint and see what all the fuss was about.. And honestly, I was pretty underwhelmed. Thinking it might have been a fluke, I tried a different In-N-Out on the way to Vegas, where I had a similar experience.

The verdict? Not worthy of the hype. Sorry fanboys, but that’s the honest truth. You see, back home, we have Five Guys Burgers and Fries, a fast-casual burger chain that has WAY better burgers, not to mention fries that are to die for). And you can load your burger up with unlimited toppings, for no extra charge! 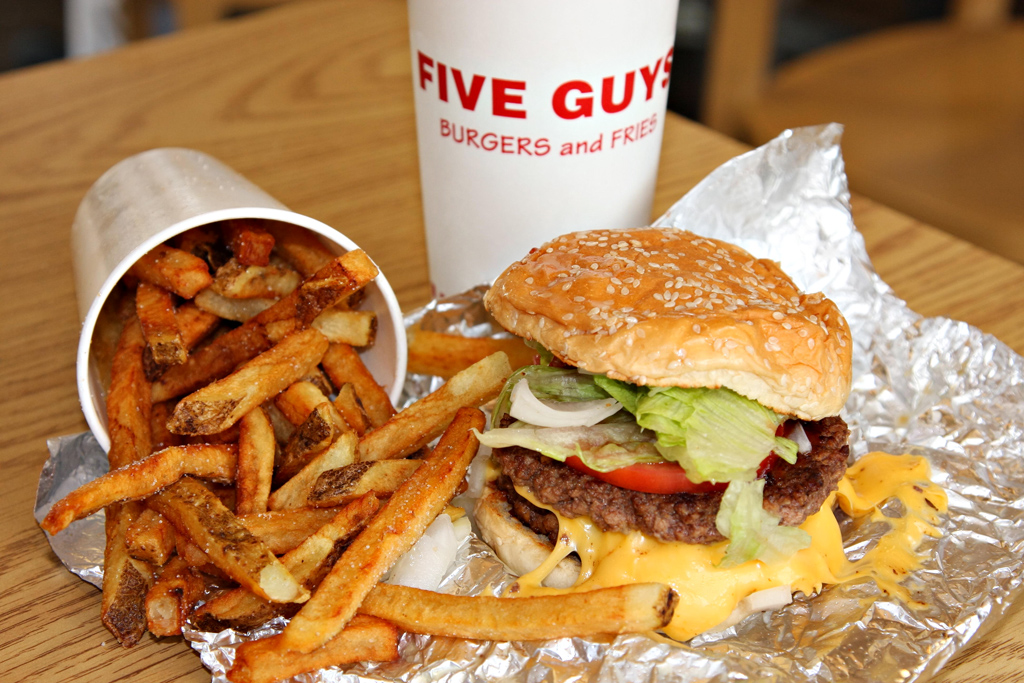 A quick Google search of “In-N-Out vs. Five Guys” will return tons of results across the web, with both sides defending their beliefs on the issue. Many In-N-Out fans point out the fact that Five Guys is expensive (and it is, with a double-cheeseburger setting you back $7 or more, while the same burger can be had at In-N-Out for a little over $3). But Five Guys fans point out that you get what you pay for.

To settle the debate, we turn The Harris Poll’s annual EquiTrend Study, which asks customers to rate brands based on familiarity, quality, and how likely they are to consider purchasing their items. For the past 2 years, In-N-Out has held the top spot in the burger category. But this year, Five Guys came out on top, knocking the popular West Coast chain down to second place.

Finally, an impartial survey that backs up what I’ve been saying for all these years! And with Five Guys’ rapid expansion (1,500+ locations worldwide and growing), pretty soon everyone will get to experience the magic that is a Five Guys burger. And while you’re at it, make sure you order some fries and a milkshake. Yum!

Ok guys, now it’s time for you to sound off.. Where do you stand on the In-N-Out vs. Five Guys debate? Sign up at SquashTheBeef.com so you can weigh in with your thoughts and let your voices be heard!

Get Ready To Experience Coffee Nirvana With DripJoy