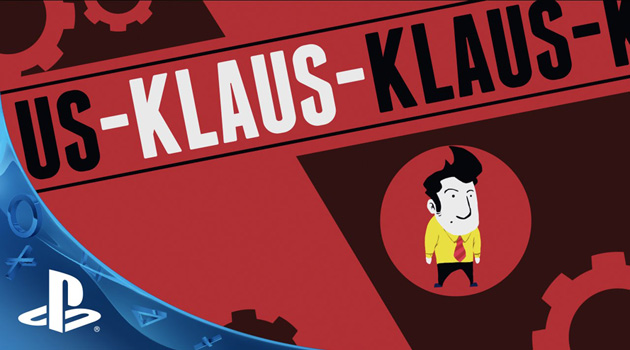 I have fallen in love with a PS4 game. It’s called Klaus, and it is a new puzzle platforming game that makes incredible use of hardware, design and mechanics to create an unforgettable experience. I was intrigued by the games various screenshots and short trailers, so I decided to ask for a review copy just to give it a try and see if it was as good as it looked. What I ended up receiving was much more than a review code for a video game. I received a piece of software that single-handedly justified the existence of my PS4.

When it comes to review games, I tend to prefer my Xbox One over my PS4. I like the Xbox Live experience better and I much prefer the controller. Apart from ergonomics, I’ve always found the PS4’s various controller features like the touchpad and light bar to be useless additions that just eat up battery life and fill games with useless extras just to make use of them.

But Klaus changed everything for me. From a pure mechanical point of view, it makes the greatest use of the PS4 controllers extra hardware to a degree that I have never seen. 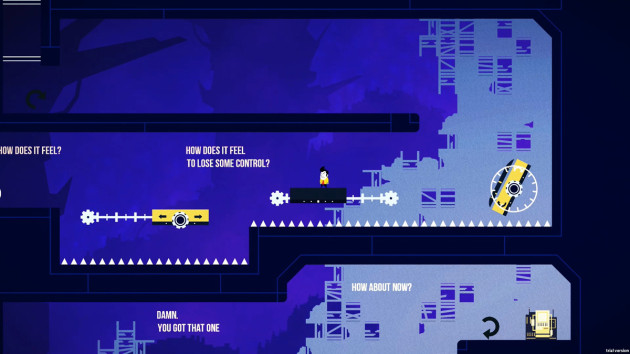 Klaus starts off with a simple set of statements. “I don’t know who I am. I don’t know where I am. I just woke up in this basement with the words KLAUS written on my arm.” This dialogue is purely written, and there are no spoken lines. You are in a room that is built completely of red hues, and a quick look at your controller will show that your light bar perfectly matches the color of the walls behind you. As you progress through the game, you will find each new world has a new color, and each new color shines from your controller.

Then you start to try and explore the game to find out that jumps, falls and other interaction are met a volley of grunts, sighs and more coming from the controller speaker. The actual game audio is nothing more than well composed atmospheric music. All the detail touches come from your hands. It feels personal in a way. 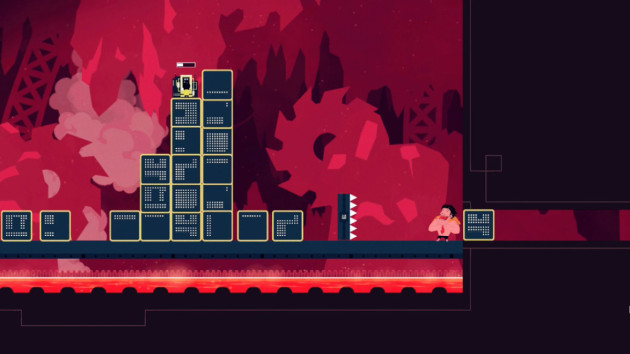 Then Klaus introduces the touchpad mechanics. In certain rooms there are gears or switches that Klaus is unable to operate on his own, but the touchpad will transfer your ephemeral finger into the game world to help him out. Then the game shatters the fourth wall by having Klaus talk to you directly.

As you traverse the levels, words of dialogue will pop up on the screen, and Klaus applauds, confides in, and thanks you, the player, for helping him through this world. He treats you as a greater being, a ghost perhaps, or even a deity.

And this entire experience I have described happens in the first 15 minutes of the game. It’s a powerful way to pull players into the game, and I was instantly hooked. 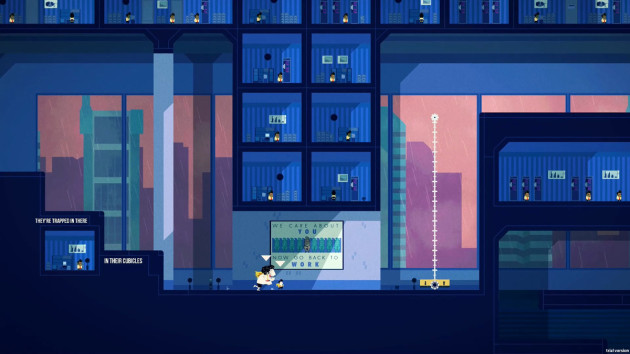 Beyond the intelligent hardware usage and sound design, Klaus is a tight, unique and sometimes unforgiving platformer that constantly throws new and unique puzzles at the player. The game is built of six worlds, each with its own color and new puzzle mechanic. Through these size worlds, players will work their way through more than 100 puzzle rooms and more than 30 boss fights.

The controls are very tight and precise, and are very easy to pick up. The game starts with Klaus having the ability to double jump and run, an that’s about it. He can “hack” a terminal, but in practice this is little more than activating a switch. But the game gradually ramps up the difficulty with new moves and abilities and the addition of a second character. Soon after you complete the first world, you are given control of a character named X1. X1 is a large and cumbersome character who lacks the finesse of Klaus, but his strength allows him to be used in new ways.

Rather than a double jump, X1 has the power to uppercut. Not only can this be used to tackle enemies and destroy obstacles, but it is used to gain height. Think of it like the uppercut attack in Guacamelee or the dash attack in Ori and the Blind Forest if you are familiar with either of those games. 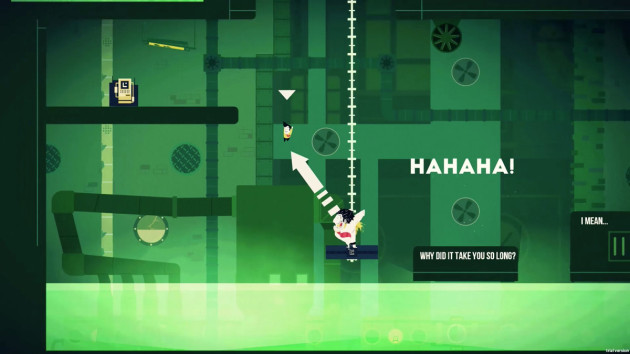 While the introduction of X1 into the games makes for interesting puzzles, the best part of the game is hidden in the 36 secret rooms, six for each of the six worlds. Each one of these hidden rooms lives apart from the main game in its mechanics and visual design. Each secret room has its own rules that operate outside the norm. In one level you can only move left, in another you have a mirror of Klaus under the level that mimics your every move, but the two levels you and your mirror-self are traversing are different.

This takes a game that is already full of wonder and unique touches, and fills it with the kind of wonder and mystery that I haven’t experienced in years.

As a bonus, these secret rooms are the key to unlocking the games narrative secrets. With each secret room completed, you are given a look into the memories of Klaus and how he ended up here. Completion of all the rooms will net you the best ending in the game as well, so it’s worth tracking them down and working through their wild puzzles. 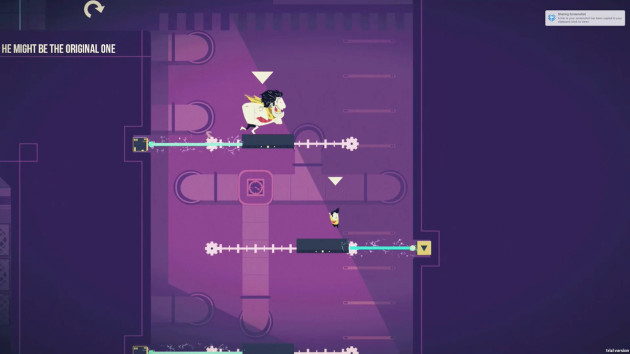 The game is not perfect, there are some puzzle sections that feel tedious and the interesting story flounders slightly towards the end, but I was still constantly entertained, challenged and amazed by Klaus’s visual design, music, story, and puzzles. After a year filled with some of the biggest and most anticipated triple-A releases, Klaus feels fresh and honest in a way that serves to remind me why I fell in love with gaming to start with.

In short, Klaus is the best game I have played for the Playstation 4.

Related Topics:KlausPlaystation 4PS4
Up Next