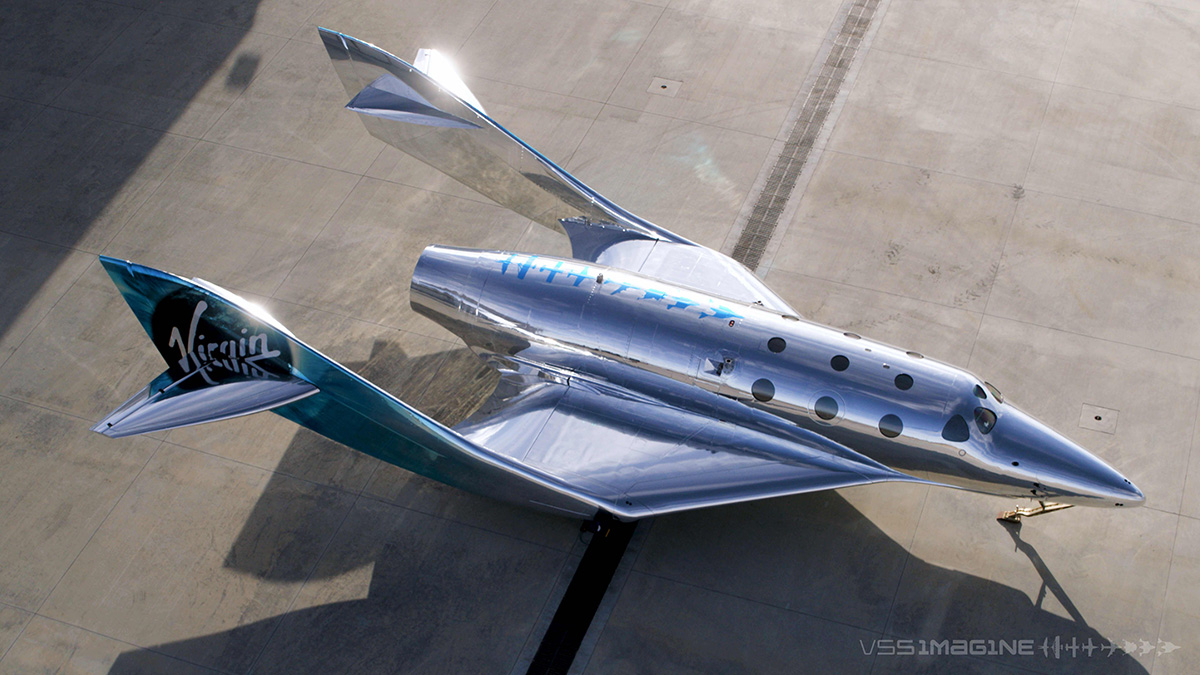 The breakthrough livery design is finished entirely with a mirror-like material, which reflects the surrounding environment, constantly changing color and appearance as it travels from earth to sky to space. Along with providing thermal protection for passengers, this dynamic material is naturally appealing to the human eye, reflecting our inherent human fascination with space and the transformative experience of spaceflight. 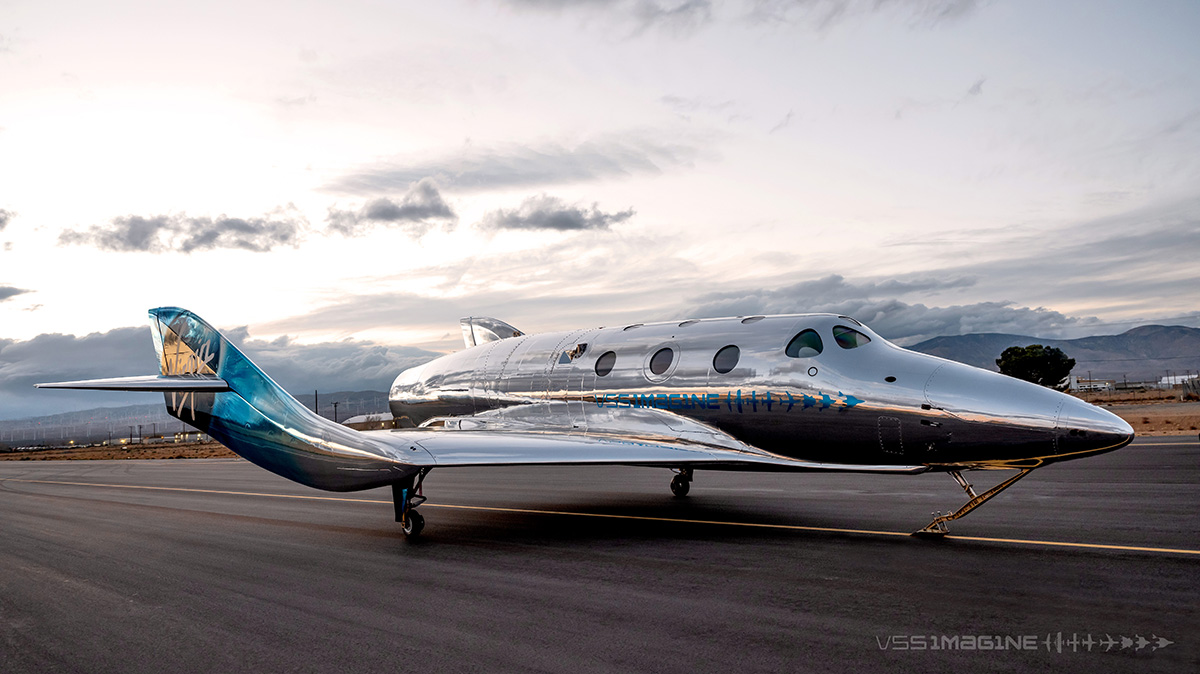 Leveraging a modular design, these SpaceShip III class of vehicles are built to enable improved performance in terms of maintenance access and flight rate. This third generation of spaceship will lay the foundation for the design and manufacture of future vehicles.

As VSS Imagine begins ground testing, manufacturing will progress on VSS Inspire, the second SpaceShip III vehicle within the Virgin Galactic fleet. The introduction of the Spaceship III class of vehicles is an important milestone in Virgin Galactic’s multi-year effort that targets flying 400 flights per year, per spaceport. 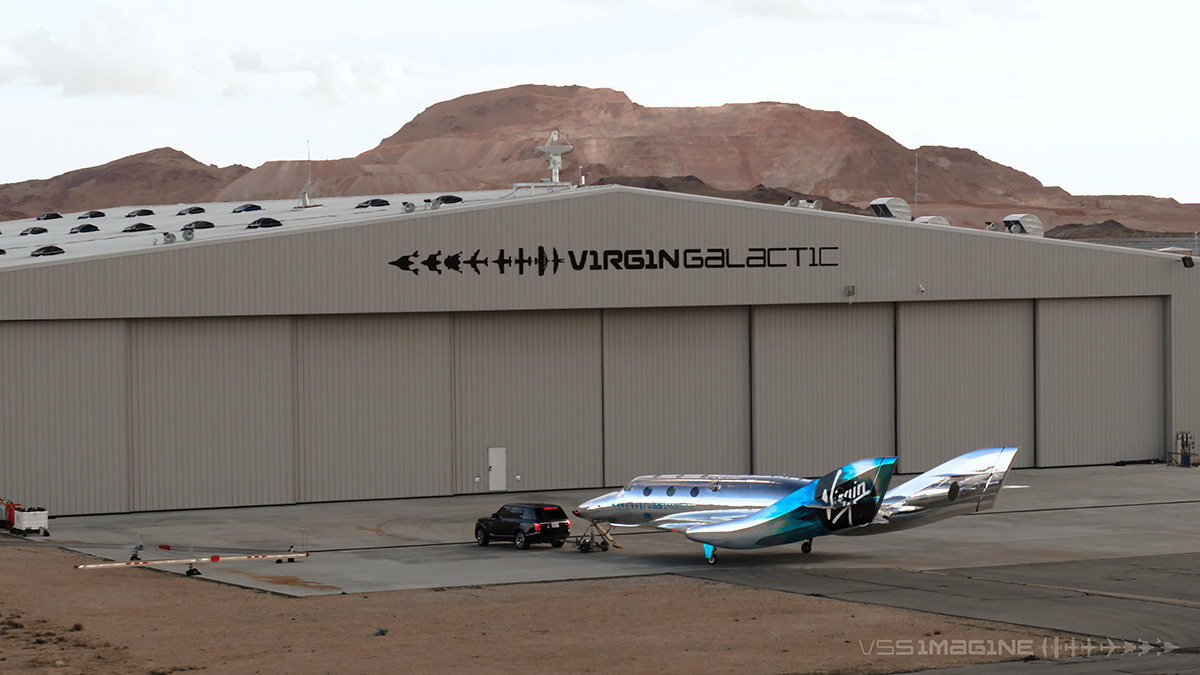 Michael Colglazier, CEO of Virgin Galactic, shared: “Today we unveiled our SpaceShip III class of vehicles, marking the beginning of the Virgin Galactic fleet. VSS Imagine and Inspire are stunning ships that will take our future astronauts on an incredible voyage to space, and their names reflect the aspirational nature of human spaceflight. Congratulations to our dedicated team who worked so brilliantly to achieve this milestone.”

Sir Richard Branson, Founder of the Virgin Group, commented: “Virgin Galactic spaceships are built specifically to deliver a new, transforming perspective to the thousands of people who will soon be able to experience the wonder of space for themselves. As a SpaceShip III class of vehicle, Imagine is not just beautiful to look at, but represents Virgin Galactic’s growing fleet of spaceships. All great achievements, creations and changes start with an idea. Our hope is for all those who travel to space to return with fresh perspectives and new ideas that will bring positive change to our planet.” 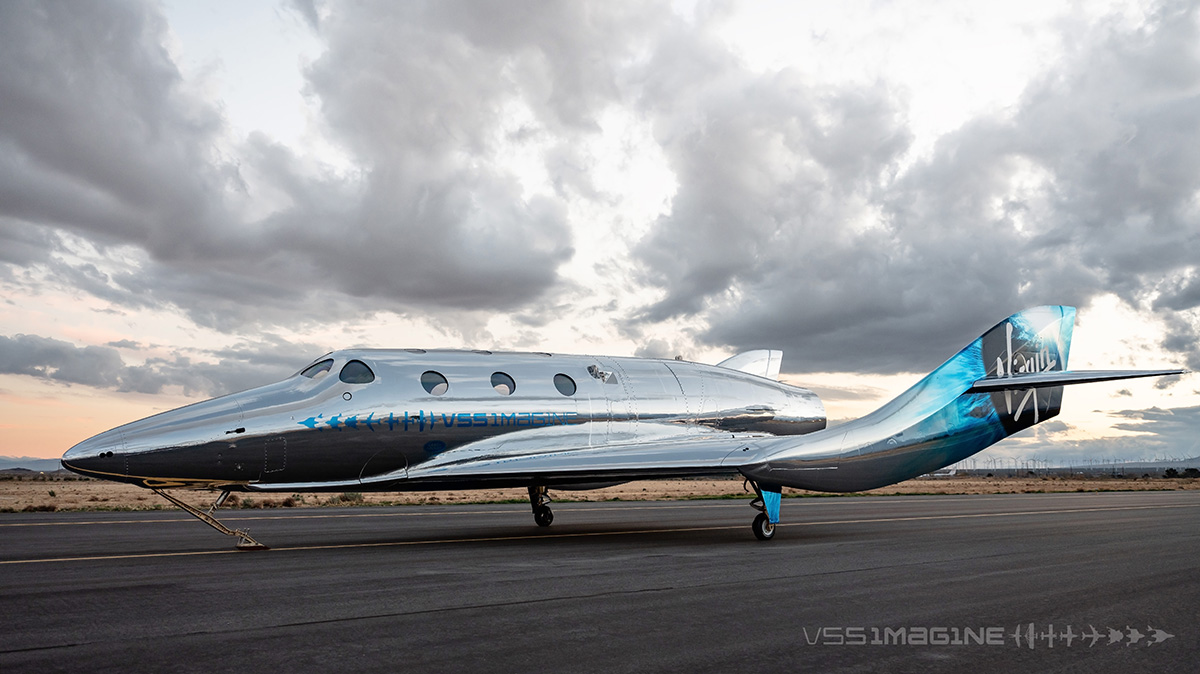 VSS Imagine is unveiled ahead of VSS Unity’s next test flight, which is planned for May 2021.

You can head over to VirginGalactic.com for the latest updates on the world’s first commercial spaceline. And if you’re ready to venture into space, Virgin Galactic is planning on reopening ticket sales fully after flight test with founder Sir Richard Branson, expected this summer.

Who else is excited about the prospect of traveling into space?!