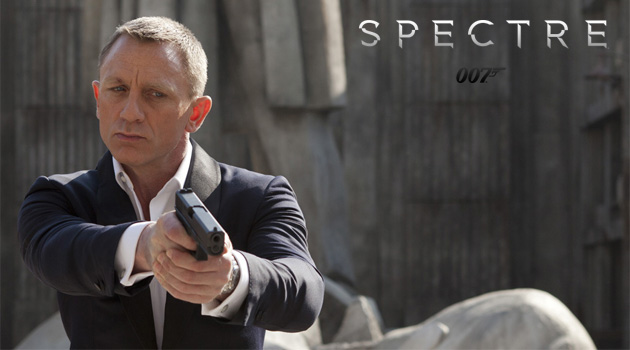 Of the entire long-running James Bond franchise, Daniel Craig’s 4 movie run has been the only one so far to attempt to tell a somewhat contentious story. Sure, each movie has stood alone, but they’ve also connected elements of the others in order to create a more character focused take on 007. All of that comes to a head in Spectre, which very well could be the 47-year old’s final run in the role. At least, it’s supposed to. That’s the idea. Unfortunately, from the moment it starts, Spectre seems like the product of an absolutely exhausted Sam Mendes (returning to direct after his fantastic Skyfall) and a screenplay that’s messier and more convoluted than any international crisis Bond has had to stick his neck in before.

We find James Bond (Daniel Craig) in Mexico City during the Day of the Dead celebration, hunting down a target he was ordered to find by a posthumous message by the deceased M (Judi Dench). Upon discovering a mysterious ring on the man’s finger that seems to connect him to something larger, Bond wants to pursue him. However, the current M (Ralph Fiennes) insists that he stay due to a brewing government initiative to terminate the 00 program in favor of a overarching surveillance program. Naturally, Bond disobeys, and discovers the mysterious organization Spectre, headed up by Franz Oberhauser (Christoph Waltz), who seems to carry a personal grudge against 007. Desperate to stop him, Bond partners up with Madeleine Swann (Léa Seydoux), the daughter of a former enemy connected to all of this.

Spectre is the clear result of it’s well documented production, which was well documented as long, injury filled, and placed on a script that simply was not ready yet. Gone is the tight, emotionally fueled storytelling of Casino Royale and Skyfall. In it’s place is a hulking mass of a film that has about three plot points to it’s name that it somehow still manages to rush through over the course of two and a half hours. There’s some intriguing ideas and twists posed here, but they’re thrown so completely to the side in favor of standard Bond posturing and action sequences that they are never given the time to be explained properly. The attempt to connect nine years of storytelling that clearly was not planned to be so by simply saying “it is, because Spectre” falls completely flat, harming not only this film, but all of the others by proxy. 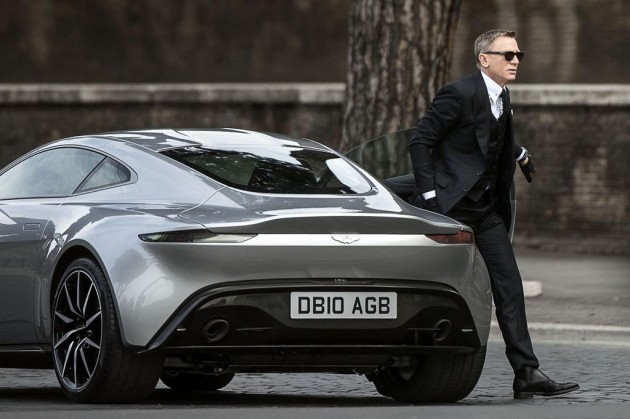 While I’ve always found Daniel Craig to be an exceptional James Bond, he seems completely bored inside this lackluster story. He’s forced to either unconvincingly act out Bond troupes in the film’s attempt to pay tribute, or react heavily to personal story beats that make no sense. You can practically see him eying the craft services table just off-screen as he sleepwalks through this. Also running around are Ralph Fiennes’ M, Ben Wishaw’s Q , and Naomie Harris’ Moneypenny who all seem to be wondering why they’re not in a better movie. Meanwhile, the newbies hold up a little better, but they’re hardly given anything to do. Casting Christoph Waltz as a Bond villain is as big of a no brainer as it gets, and while he’s every bit as deliciously devious as we have come to expect, he’s only in the movie for about twenty minutes. His entire arc relies on a reveal that can be seen coming from the Dollar Tree across the street from the theater, and his motivation which is given about a sentence to be fleshed out is even sillier. Seydoux gives a decent amount of pathos to her character’s motivation, but her chemistry with Craig is borderline non-existent, which is a problem considering the amount of weight the film places on their relationship. It’s a series of wonderful actors who are all trying to fight the terrible script, or simply cave in under it.

One of the finest aspects of Skyfall was Sam Mendes’ classy and restrained direction partnered with Roger Deakins’ masterful cinematography. Now that Deakins has jumped ship to undoubtedly work on something better, a more worn out Mendes seems to have significantly less inspiration this time around. The action sequences that could very easily save this movie from being boring are utterly flat. There’s so much time spent with cars and planes just chasing each other in a straight line, or hand to hand combat brawls filled with quick cuts that feel ripped out of one hundred other movies, twenty of which are likely Bond movies. One would think that having Dave Bautista as the massive henchman would add some personality to these scenes, but he might as well be a lamp. The film cannot decide if it wants to be a pathos ridden personal journey for Bond, or a goofy tribute to the series’ past, and as such both tones are cannibalizes. It also cannot be stressed enough how long this movie is. It comes to what feels like a climax, until you realize that there’s a while other subplot that needs to be dealt with, and then the actual climax begins, in which Bond essentially cannibalizes all of the traits that have been set up for him over the course of these movies.

While Spectre isn’t quite as ineptly constructed as 2008s Quantum of Solace, it almost manages to surpass that film in sheer disappointment by doing so much damage to the story as a whole. It’s workmanlike at best, borderline terrible at worst, and no matter what always feels like it’s going through the motions. After Skyfall put the franchise in a place of such promise, this essentially tears it all down in favor of an undercooked climax. Essentially concluding the story of the four films thus far, it certainly screams that it’s time to swap out Craig and start fresh. However, I’d hate to think that this is how such a great Bond goes out.

Check Out The New Trailer For Zoolander 2

Check Out The Official Trailer For ‘London Has Fallen’