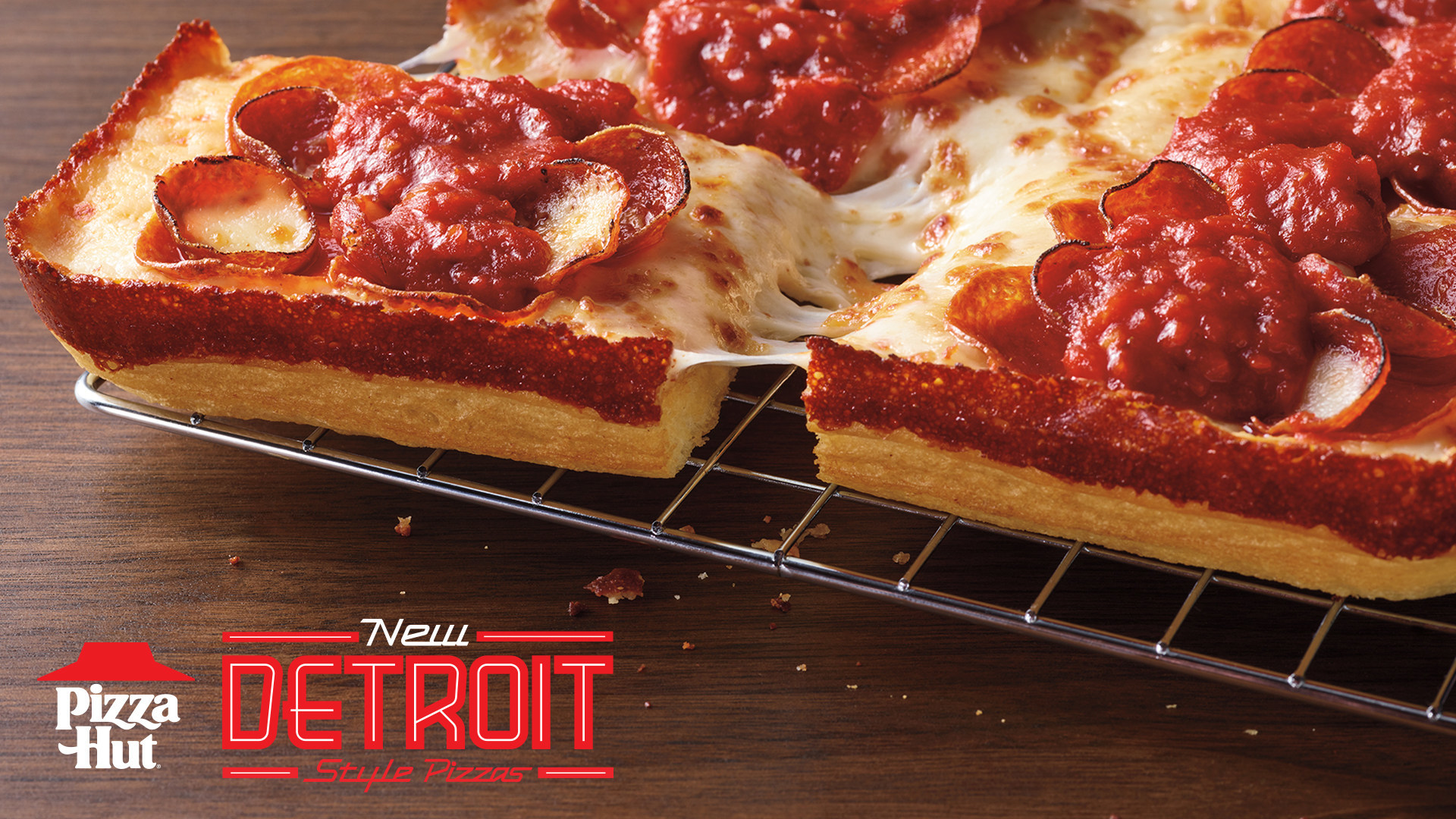 Over the past few years, Detroit-style pizza has been rising in popularity, and despite multiple trips to Detroit over the years, I’ve sadly never gotten the chance to experience this supposed pizza nirvana that Buddy’s Pizza reportedly created 75 years ago, using blue steel pans from the local automotive factories.

Don’t live in Detroit? Well fear not, because Pizza Hut is bringing the iconic Detroit-style pizza to the masses with the introduction of their new handcrafted Detroit-style pizzas. Available in four recipes, each Detroit-Style pizza is rectangular in shape, features cheese all the way to the edge, is loaded with toppings and finished off with a vine-ripened tomato sauce on top.

Pizza Hut spent over a year developing and perfecting its Detroit-Style pizza, trying more than 500 iterations and testing several of those in the Midwest, where this distinct style was born.

True to the traditional Detroit style, each pizza is rectangular-shaped, features cheese all the way to the edges to create that crispy, thick, caramelized crust, is loaded with toppings and finished off with a vine-ripened tomato sauce on top to keep the crust light and airy. To make this new menu item truly unique, Pizza Hut incorporated its own take on a few elements – such as the new, vine-ripened tomato sauce that’s only available on Detroit-Style – which it tested eight different versions of before finding the perfect taste.

There are four new Detroit-Style recipes to choose from – each loaded up with toppings and cheese that can only be supported by that thick, rectangular signature Detroit-Style crust. The Detroit Double Pepperoni in particular is a work of pizza art. It’s topped with 32 slices of regular pepperoni and another 48 slices of Crispy Cupped Pepperoni, which crisp up in the oven and provide a crunchy texture and zesty flavor. That’s a whopping 80 slices of pepperoni on one pizza. The additional handcrafted Detroit-Style recipes include:

“Countless hours were spent testing and perfecting every detail here to create our take on Detroit-Style pizza,” said David Graves, chief brand officer, Pizza Hut. “The caramelized cheese crust and the sauce on top take the taste of this pizza to the next level.”

All four Pizza Hut Detroit-Style recipes are available now at locations nationwide, with pricing starting at $10.99. (Pricing varies by location) My stomach is growling just thinking about this, so you know I’ll be getting this bad boy sooner than later. Stay tuned for my thoughts on it!

Related Topics:Detroit-Style pizzapizzaPizza Hut
Up Next