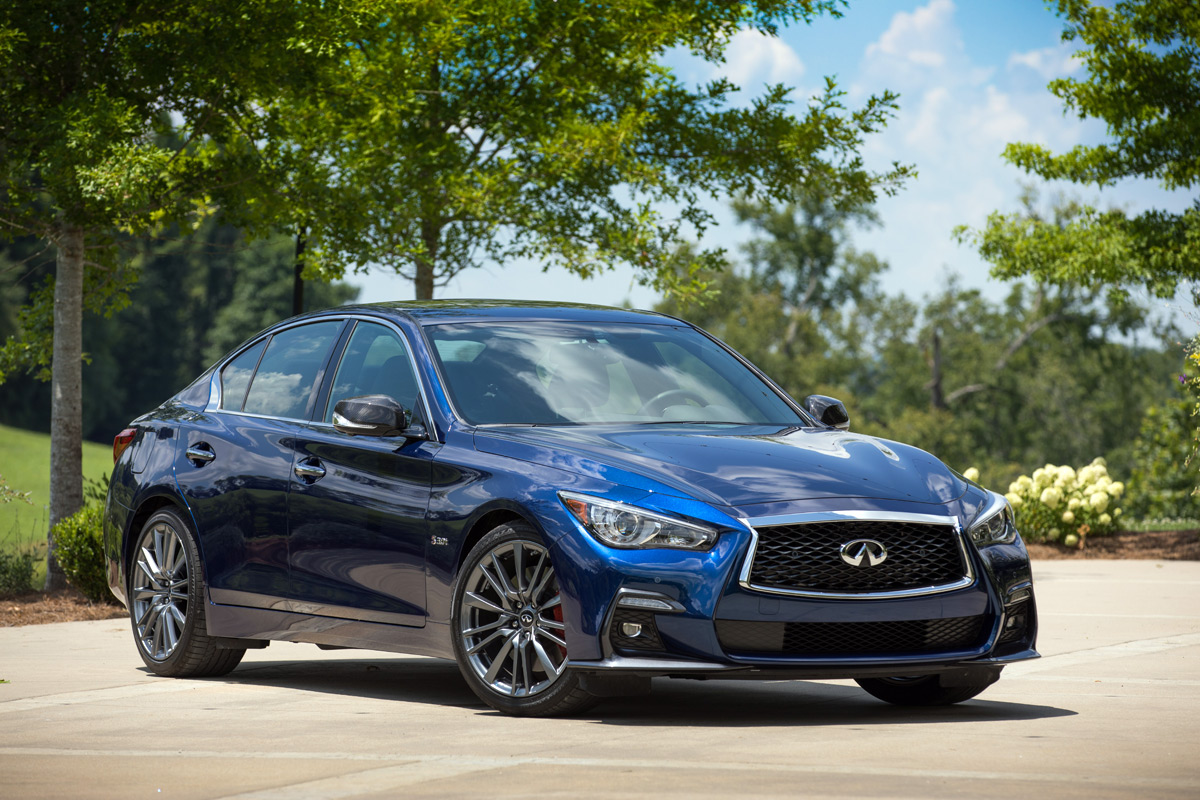 Of all of the vehicles in the Infiniti line, the Q50 is probably the most timeless. For the 2018 model year, the Q50 shuffles a few things, but remains as it’s been for some time. Unlike many in the luxury segments, however, the 2018 Infiniti Q50 holds its age well and after a week in this sedan, we still like it for everything that it is.

Key to the Q50’s nature are its understated good looks, comfortable interior, and a strong road presence. Like most in the luxury sport sedan market, the Infiniti Q50 is offered in a variety of performance flavors from the daily driving 2.0t model with its turbocharged four-cylinder to the powerful Red Sport 400 and the fuel-sipping Q50 Hybrid model. We spent our week driving the middle-road 3.0t model with its turbocharged six-cylinder engine and would recommend it as the Q50 of choice for most buyers. 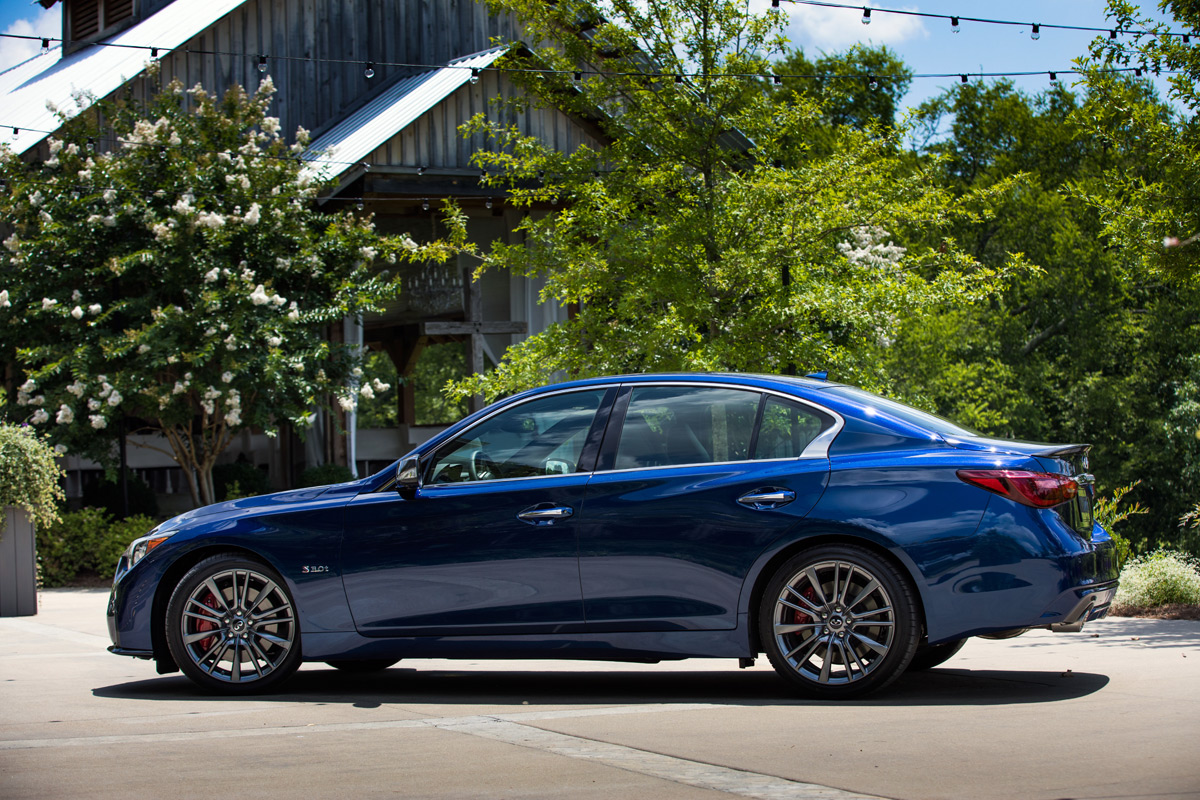 The 2018 Infiniti Q50 3.0t combines strong performance with a likeable price point. Much of the focus gets put on the Red Sport 400 model, which deserves that notice, but which most will likely find overpowered and too highly priced to compensate. The well-done 3.0-liter V6 in the 3.0t model outputs 300 horsepower and 295 pound-feet of torque, which are more than enough to make a midsize luxury sedan feel powerful and go fast. The solid range of output the engine has is well managed by the smart automatic transmission that comes attached and the tight and balanced chassis all of it sits upon.

We drove the all-wheel drive model and would recommend it for not only its added control, but its peace of mind when the weather goes sour. We had snow and bad weather during our time with the 2018 Q50 3.0t and it proved itself capable in those conditions. 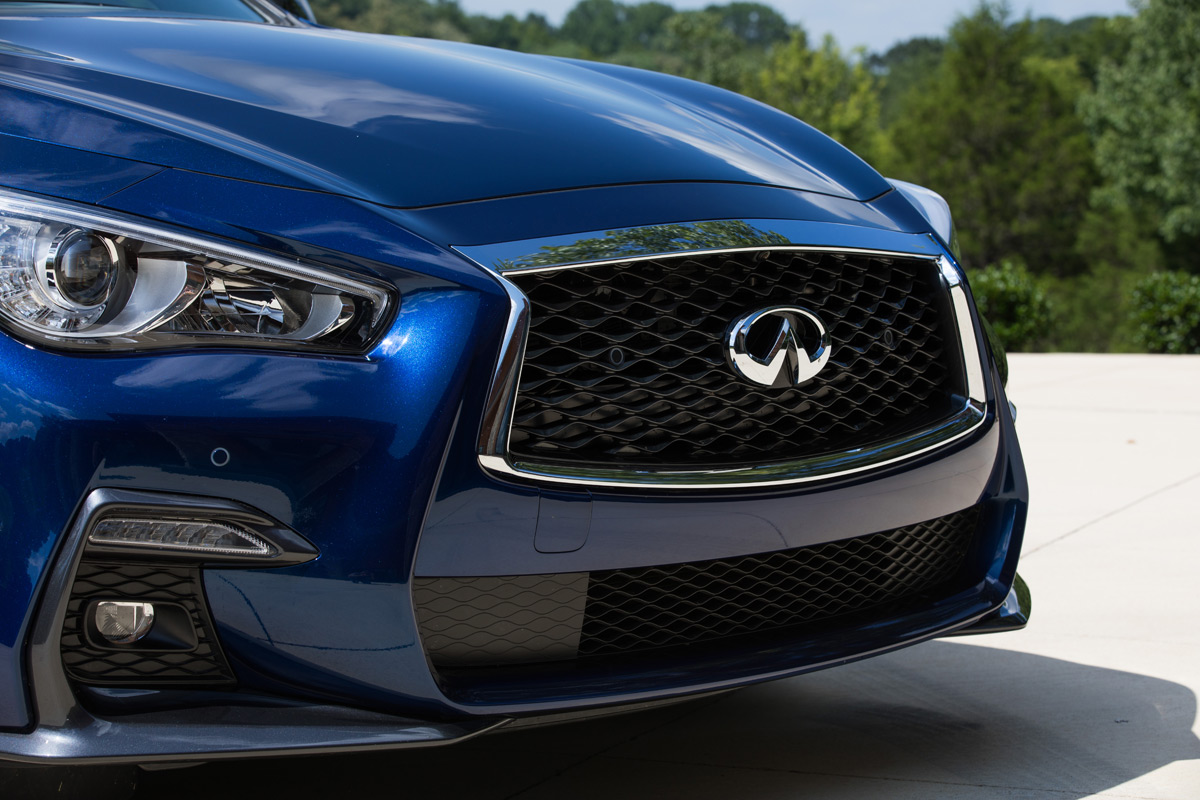 Key to the 2018 Infiniti Q50’s appeal is its timeless exterior design, which starts with an understated front grille and hawkeye-shaped headlamps. A hoodline shaped for speed, fenders bulging with power, and an unobtrusive rear fender design all combine to make for that timeless, sport-tuned quality that the Q50 carries with it. 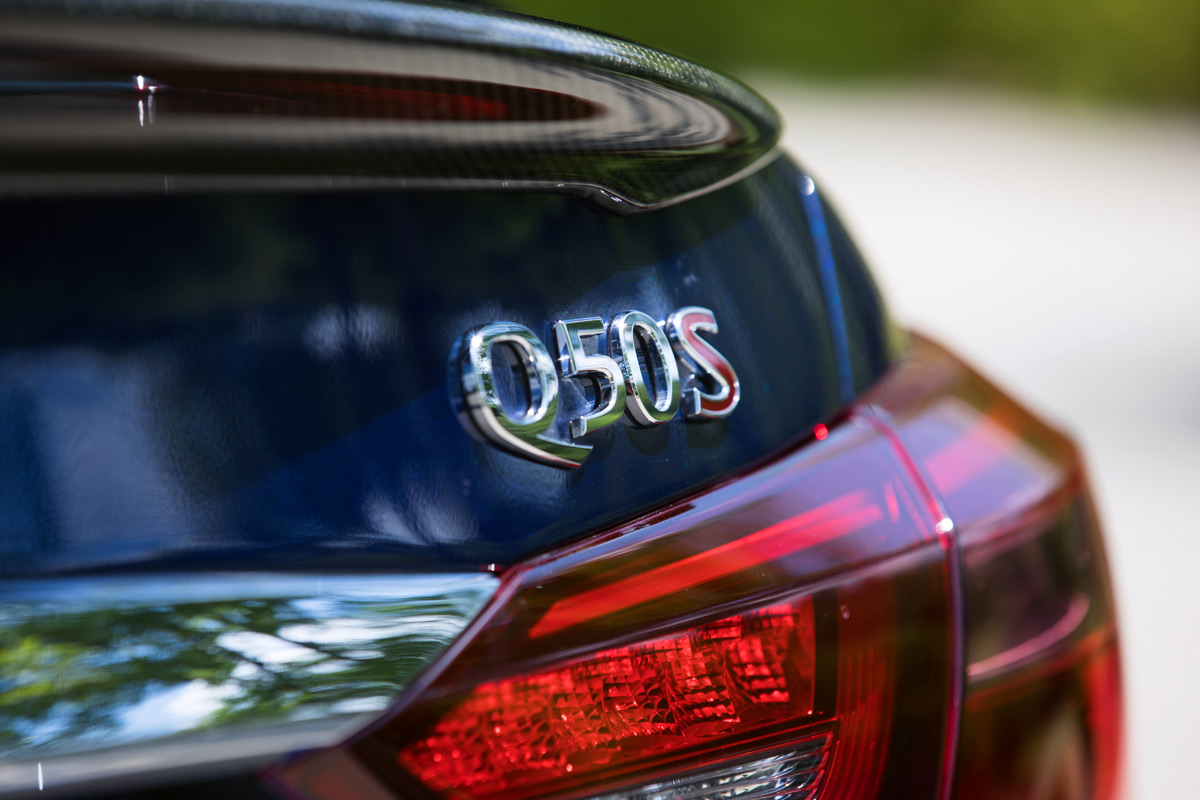 Our chief concerns with the Infiniti Q50 are in the interior, where the dual screen infotainment often vies with itself to see which screen will glare more often and the somewhat cramped trunk space. The latter being especially true if you prefer to carry a full-sized spare tire.

Where the interior shines, however, is everywhere else. Quality materials and high-end workmanship are seen in the cabin with ergonomics and layout being very well done. We like the low-slung dashboard, which keeps the cabin cozy without impinging on legroom, and the cushioning way the rear seating is shaped to keep rear headroom high despite the sloping roofline. 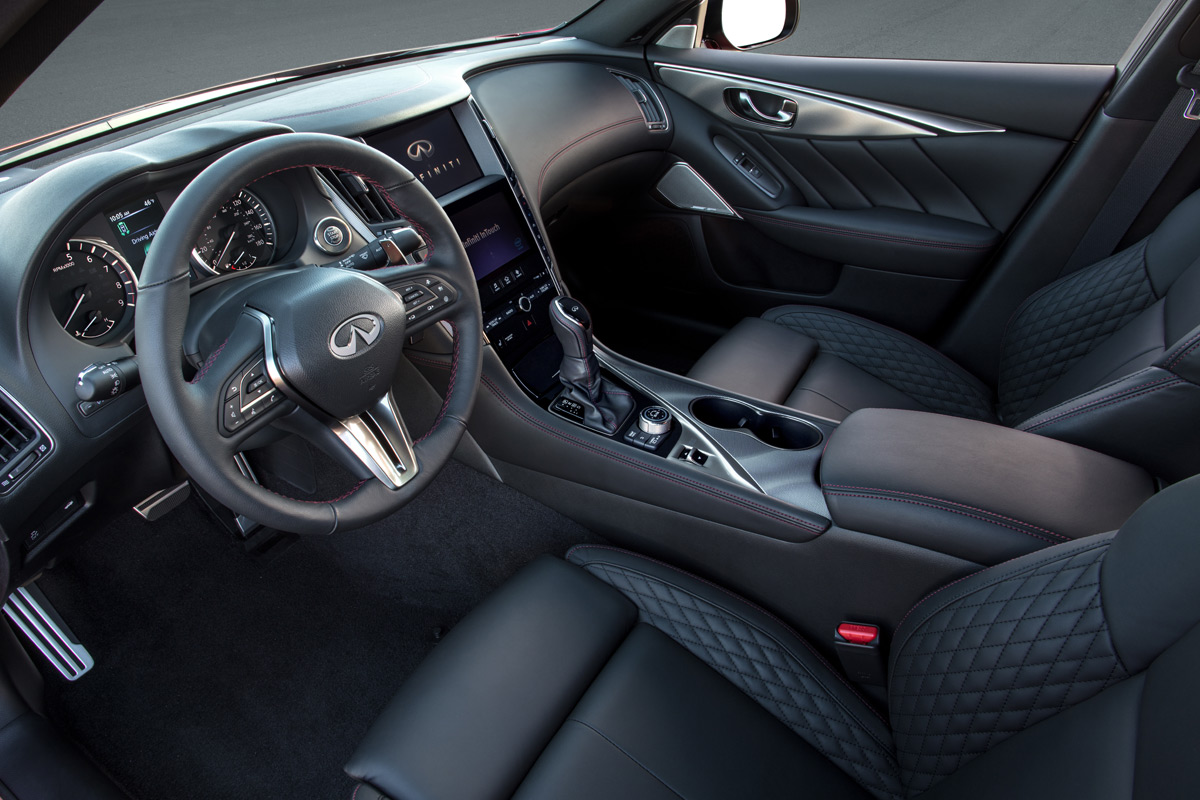 What Do You Think Of The 2019 Chevrolet Camaro And Its Bold New Styling?