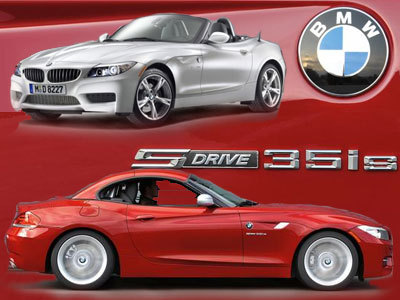 I love my car, but it’s starting to show it’s age. So I decided to head down to the local BMW dealership yesterday to take a look at the new Z4. And of course, I had to go with their top of the line offering, the Z4 sDrive 35iS. (With an as-tested price of $69,960!)

The salesperson tossed me the keys to a Slate Grey Z4 with DSG (Direct-Shift Gearbox), and told me to go have some fun. Finally, a dealership that gets it! He gave me some instructions on how to use the DSG, and then I went out on my drive. The first thing I noticed was the exhaust note, which was SICK – It sounded like a 60’s musclecar, not a 2011 BMW! The burbling backfire reminded me of a Mini Cooper S I drove a few years ago. Their engineers definitely got it right!

The power is INSANE. It’s the same twin-turbo engine used in the 335, 535, and now the X5. A heck of a powerplant in any of these cars. But in the roadster, it just SCREAMS! I think I prefer the DSG, as you just can’t shift fast enough with a stick. Sport+ mode is a blast, but it turns off traction control, so you’ve got to be careful. This is a car that can get you in to trouble real quick! For most people, regular Sport mode is the way to go. And if you want to dial it down for the wife, you can always drop down to Normal mode, which hides the car’s sporting nature.

The final verdict? It’s too soon to tell. I’m totally hooked, but for $70K I could get an M3. Or a Cadillac CTS-V. A Corvette Z06. A base model Porsche 911. Or even a used Aston Martin. It’s a tough price point, and I suspect most of the Z4s sold are base models with limited options, which drop the price to a much more reasonable $55K.

Related Topics:BMWBMW Z4 sDrive 35iS
Up Next