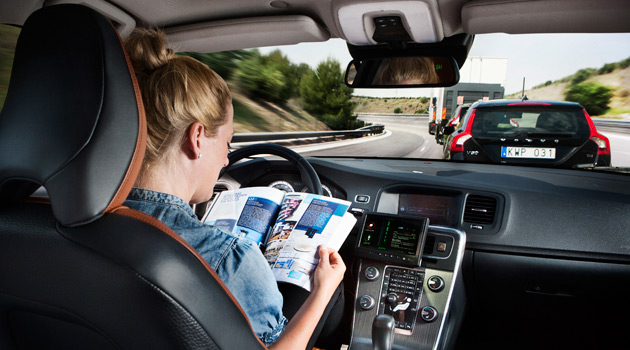 Innovations by automotive designers and manufacturers are quickly leading us to a new age in driverless car technology. Google’s own prototype driverless car has already driven more than 300,000 miles without a single accident, according to the ASME. As the future of driverless automobiles approaches, it’s fascinating to look at some of the advancements that are making these vehicles the cars of the near future.

Computers in cars aren’t a recent development. According to the New York Times, the first car with an on-board computer was the 1977 Oldsmobile Tornado, which used a basic computer system to regulate spark plug functions, while the 1978 Cadillac Seville used a Motorola chip-powered trip computer as an option. However, on-board computers have come a long way since then, and now operate everything from stereo and navigation systems to brakes and acceleration systems. Today, on-board computers track an enormous amount of data every second, including data about driver behavior and routes.

Driverless car technology will utilize this kind of data, accumulated over years, to develop behaviors and algorithms for vehicles to follow that will allow them to react to traffic flow. As integrated driverless technology flourishes, on-board computer will communicate with other cars to create perfect traffic flows that cut down on everyone’s commute.

All the on-board commuting in the world won’t make a difference if cars can’t capture information about the world around them. Tech pioneer Google is working on that solution right now and there are already prototypes on the road. For several years Google has been developing the software and hardware for driverless cars, and though it might be a decade before you can shop for new automobiles with integrated driverless technology, the prototypes are promising.

By using a laser range finding device mounted on the top of the vehicle, the car generates a 3D map of its surroundings, which are then combined with assembled maps of the world that allow on-board computers to avoid traffic obstacles and navigate all while respecting local traffic regulations. There are other sensors involved in the process, too; According to IEEE Spectrum, the Google prototype utilizes bumper-mounted radar systems, a GPS unit, and an on-board camera.

Currently, the only accidents reported by Google have occurred when human operators have overridden the driverless system and taken control. So far, these prototypes have exhibited extremely advanced behavior: they stop at intersections, wait for green lights, and yield to pedestrians flawlessly. Even when pedestrian behavior is erratic or unpredictable, the cars have had no problem. In complicated situations, such as four-way intersections, the car initially yields according to the local laws, even taking care to modify driving behavior if other drivers decide not to follow the laws that regulate four-way intersections.

Innovations in data-collection and other technology could very well lead us to safer and more efficient roads, and the future of driverless technology is one we can all look forward to.