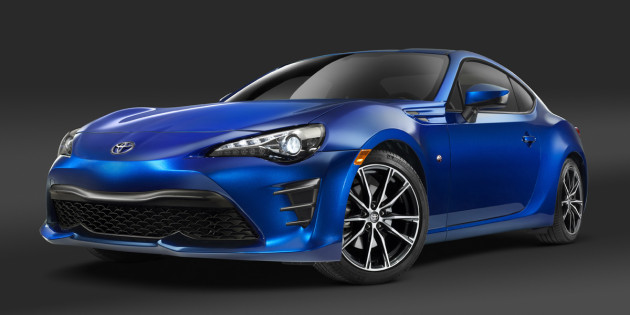 When Toyota killed off the Scion brand last month, many speculated about what the car would be called after becoming a Toyota. Toyota initially told everyone the car would be keeping the FR-S name, but they’ve since had a change of heart, deciding to adopt the Toyota 86 name that’s used in Japan and other markets.

“When we announced the transition of the Scion models to Toyota we hadn’t planned on changing the names of our cars, but by popular demand, for our sports car, we decided to adopt the global name of 86,” said Toyota Division Group Vice President, Bill Fay. “Enthusiasts have a strong association with the front-engine, rear-drive heritage of the ‘hachi-roku’ and the dynamic performance it offers.” 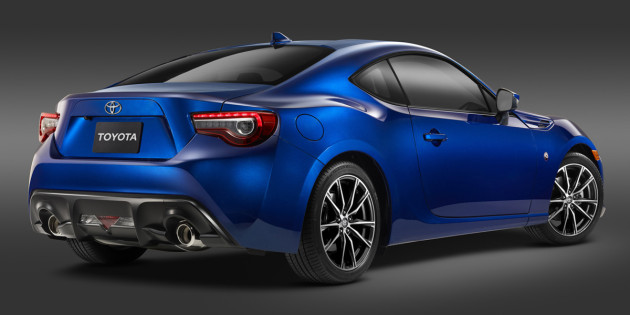 The Toyota 86 adopts more aggressive styling with a larger center intake emphasizing the low, wide stance of the car. The front of the car has a new design with re-configured LED front headlamps and turn signals, and revised bumper. The rear now sports LED tail lamps and a new bumper design. The alloy wheels feature a twisted spoke design and 86 logos have been incorporated into a badge on the front fender, as well as inside the front headlamps.

The interior also features the 86 logo on the new “Grandlux” material used on the instrument panel surround. The same material adds a new, soft feel to the door trim. Drivers also will enjoy new seating material with silver stitching and a sporty steering wheel with integrated audio controls and an 86 logo on the center hub. 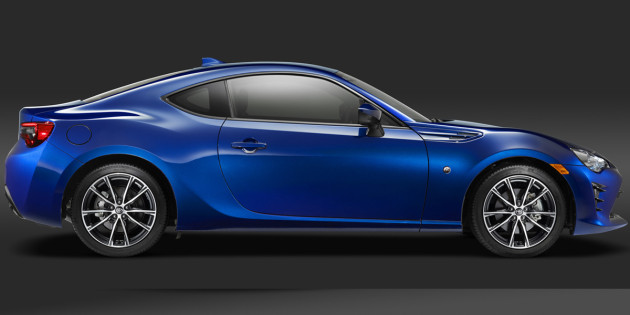 86 owners can enjoy enhanced control and agile performance, achieved through revised shock tuning and a spring rate change. On manual 86’s, additional performance comes from a gear ratio change and a small increase in horsepower and torque (up five on both counts), bringing the car to 205HP & 156 lb-ft of torque. Hill Start Assist Control helps prevent the car from rolling back on steep hills.

The 2017 Toyota 86 will debut at the New York International Auto Show next week, and will go on sale at all Toyota dealerships this fall.

Ford Mustang Is Featured As New Token In ‘Monopoly Empire’