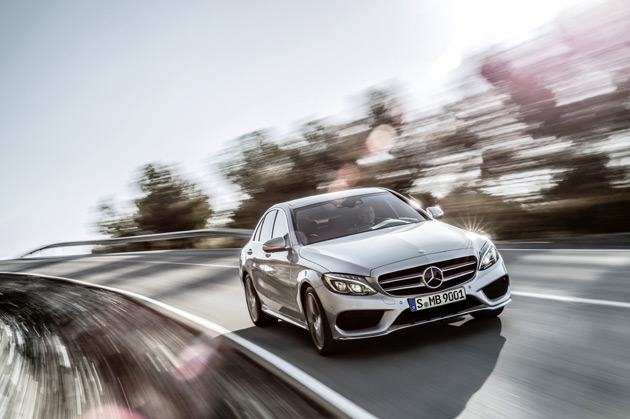 Mercedes-Benz surprised everyone yesterday by unveiling the all-new 2015 C-Class sedan, ahead of their planned debut at next month’s Detroit Motor Show.

I was immediately taken with the 2015 Mercedes-Benz C-Class, as I find it stunning both inside and out. The car has grown quite a bit (3.7 inches longer and 1.5 inches wider), and it’s received numerous updates that bring the car upmarket, further distancing itself from the brand’s entry-level CLA model.

The car’s styling is a bold departure from its predecessor, yet it’s still unmistakably MB. It’s striking, dynamic design exudes sensuous clarity and arouses emotions. The clearly defined surfaces deliberately display a degree of tension, lending them a muscular and sensuous character. Precise lines and sculptural surfaces create lively light and shade effects. It’s a real winner in my book.

Mercedes has also managed to trim 220 pounds off of the C-Class thanks to a new body structure made up of aluminum, high-strength steel and composite materials. Increased rigidity and improved safety are some of the other by-products of the new architecture. Light = Better. 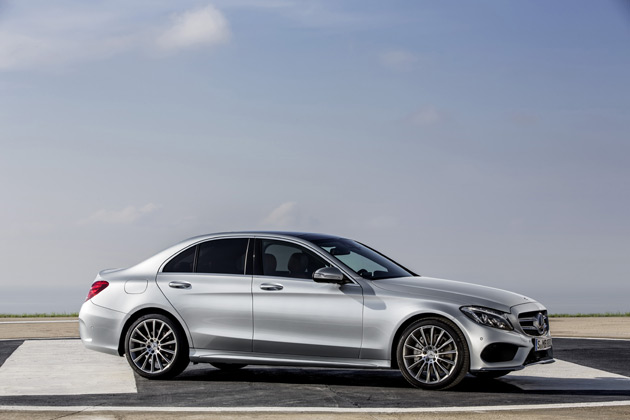 Step inside the new C-Class and you’re greeted by an interior that’s decidedly upscale, with numerous high-tech features borrowed directly from the S-Class. The big standouts include a 7-inch screen on the dash, a smartphone-esque surface on the center console and a control knob that lets the passengers operate the various functions of the infotainment system.

Another new S-Class-esque feature is the option of air suspension, something not seen in this class before. The AirMatic suspension will come with four selective driving modes: Comfort, Eco, Sport and Sport+. Or if you prefer, you can configure the suspension settings to your exact specifications. 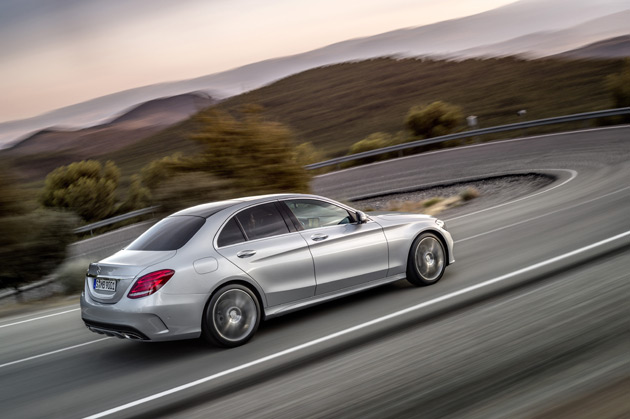 Will we see an AMG C-Class in the future? Most likely, as Mercedes-Benz needs something to compete with the M3, S4, and the likes. Stuff a monster V8 under the hood that’s good for 450HP or more, and they should be able to sell every last one of them! 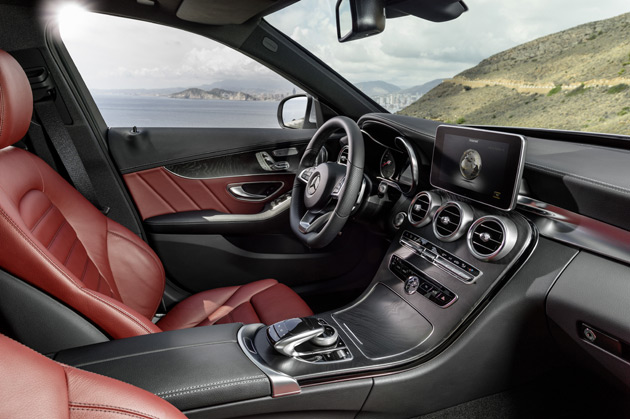 No word on pricing or delivery dates just yet, but we’ll be sure to keep you updated as we learn more.

What do you think of the all-new 2015 Mercedes-Benz C-Class?