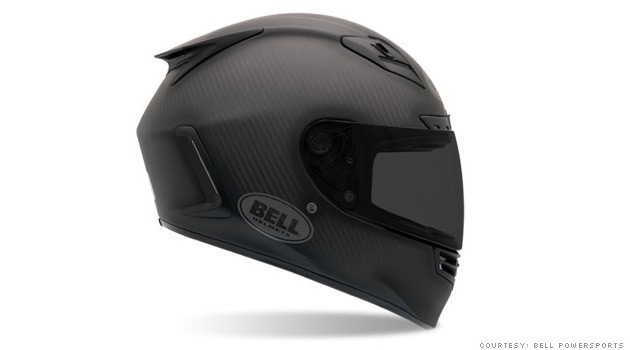 In today’s age of virtual reality-based technology such as Google Glass and Oculus Rift, it seems that every perspective of life is being augmented with more customization and personalization. After decades of using essentially the same technology, the motorcycle helmet is about to enter the digital age.

On the forefront of change is California-based Bell Helmets. Since 1954, Bell Helmets has been a leader in the industry. Today, the company is introducing a new digital helmet-making process designed to offer a potentially safer fitting helmet.

Last year, Bell Helmets completed the testing process for its digital helmet-making process. This process begins with the consumer sitting in a chair and wearing a small cap. A Bell technician then waves a scanning wand around the head, which produces a three-dimensional image of the skull. This three-dimensional image is produced on a computer in less than a minute. From this image, a customized motorcycle helmet will be created. The total fitting process is estimated to take around three hours, and delivery is expected to take four to six weeks.

The expanded polystyrene liner is typically a two-density structure, which serves as the obstruction obstacles and the head of the motorcycle rider, while the shell of the helmet will be chosen by the manufacturer. The liner also aids in helping the head decelerate progressively. This is done through the first and softer layer, which compresses and dissipates energy to reduce the total force of an impact. By using a custom fit helmet, the space between your head and the liner is reduced and reduces the total pressure, which means a significantly reduced impact force. The end result is a helmet that can absorb a stronger impact. Bell states its new custom-fit helmet can reduce impact force by 40 percent.

More impressively, the entire design process reduces foam waste in the expanded polystyrene liner, which could lead to a lower manufacturing cost to offset some of the increased costs that result from the extra fitting time. And costs, at least initially. Fortune reports the helmets will cost as much as $1,000. The Start Custom Fit will retail for $999, while the Moto-9 will retail for $899. This is compared to $649 and $549, respectively, of the non-custom counterparts, which themselves are at the high end of the typical helmet pricing range. That’s a pretty significant upcharge.

But the fit and increased safety may be worth it for some, especially those who have a hard time finding a helmet that fits properly or those who just want truly bespoke equipment.

Related Topics:motorcycle helmet
Up Next

This Stunt Biker Has Some Serious Skills