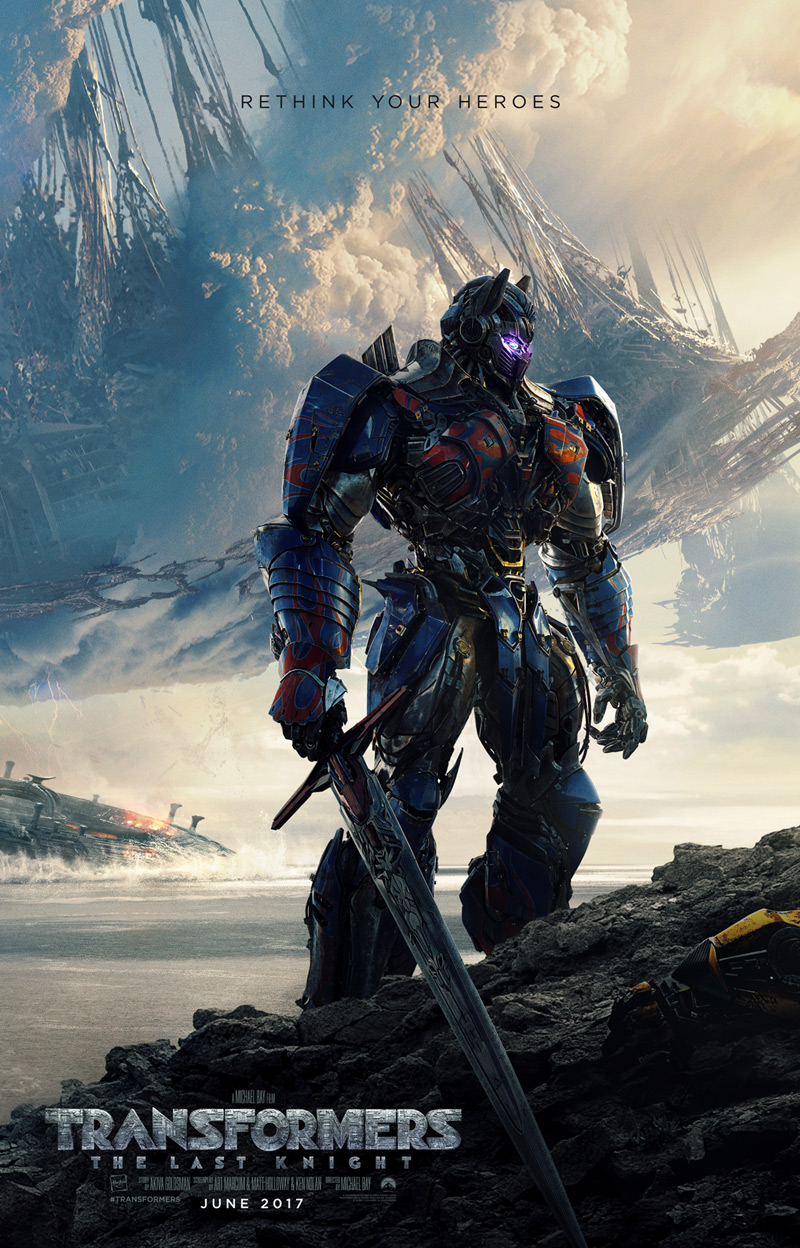 Back in December, we got our first glimpse at the upcoming Transformers movie with a teaser trailer that had us on the edge of our seats. Now Paramount is back with a new trailer that’s set to debut during the Super Bowl this Sunday, and it looks freaking awesome!

The trailer for The Last Knight is heavy on action and short on plot, but here’s what we know so far:

The Last Knight shatters the core myths of the Transformers franchise, and redefines what it means to be a hero. Humans and Transformers are at war, Optimus Prime is gone. The key to saving our future lies buried in the secrets of the past, in the hidden history of Transformers on Earth. Saving our world falls upon the shoulders of an unlikely alliance: Cade Yeager (Mark Wahlberg); Bumblebee; an English Lord (Sir Anthony Hopkins); and an Oxford Professor (Laura Haddock).

There comes a moment in everyone’s life when we are called upon to make a difference. In Transformers: The Last Knight, the hunted will become heroes. Heroes will become villains. Only one world will survive: theirs, or ours.

Sharknado 5 Has Begun Filming, And This Time The Threat Is Global