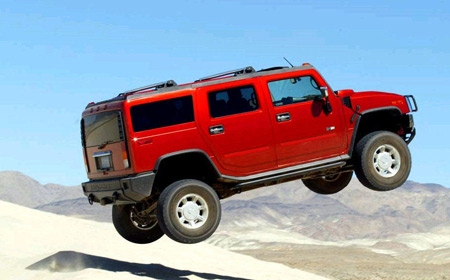 For years, the American automotive industry has been filled with overpriced SUVs, watered down sports cars and the light at the other end of the tunnel, hybrids. We keep hearing the term “Go Green”, however you’d be hard-pressed to find a really good quality small car that will push the boundaries of fuel efficiency while still retaining comfort and a level of fun. To add more insult to injury are those hypocritical, self-righteous mothers of one, who will only eat the organic salad, drink Glacier Water in recycled packaging, talk endlessly about global warming and how to help the earth, only to leave the global warming rally in her $63,000 Escalade.

Many enthusiasts would love a small city car for daily driving, but not at the expense of the inflated sticker prices for their own personal badge of smug. Not only that, but to many the idea of hybrid technology scares many of us who love to wrench. The automotive industry has had many options available, but many are held up in emissions issues and crash ratings, keeping us from getting those cars that on the face of it, appear to be able to fix our issues at the pump. These cars are some of the most sought after vehicles by American enthusiasts, not because they are that good, but so rare.

Like the VW Polo. For years, VW fans have been yearning for the Polo to hit the US shores. The small, agile and economical VW has quite the laundry list of options included, and is just the right size. With every cars growing waist line with every new model, the Polo fills the small car gap in the VW lineup. They even have engine options in Europe which I believe many would respond to here. The BlueMotion TDI gets close to 80mpg from a 3-cylinder diesel engine, and the 1.4 gas option makes 84hp, can take 87 octane, and has a 7-speed DSG gearbox.

The Mini Cooper was the first real city car to come to America that had a cult following, and look at how successful it was. From tuning companies, to multiple versions in production, Minis are everywhere. While not exactly the fuel sipping car we hoped it was, it still filled a void in the market taken up by large German sedans, American SUVs and the soccer mom Minivans.

Recently, the Fiat 500 came to America, and the buzz is huge. Not only are we getting both the regular and convertible models, but the Abarth version as well! How many times in your life did you ever think you would enjoy a small, high horsepower car with the attitude of a scorpion that your girlfriend would approve of?

The Renault Twingo also fits in this “supermini” category, which would not only propel Renault back into the US market, but would help to push the idea of a small, fuel sipping cars with attitude and a trunk full of fun. Even the Twingo has a hot version, which makes driving around in a supermini “socially acceptable”.

The Ford Fiesta is back, and they’ve provided in my opinion one of the best city cars. A balance of power, features and fuel savings. It’s truly a great car, and I think you’ll see more popping up in cities and towns, and soon, in every high school cheerleader’s driveway.

The Alfa Romeo Mito is another small, stylish micro car that we wish would come over here. And while some of these examples will never make you effervesce like the feeling of an M3 at wide open throttle or a Lambo in a tunnel, they still have a special something that makes everything you do in them fun.

While I can’t see this fad really taking over, one can hope. Many of us had a small, safe first car. The VW Golf of the 80s was a popular car for my generation. The Honda Civic, CRX and Acura Integra were also popular cars. Not to mention the numerous other small cars offerings by Ford, Chevy and Dodge. Comparing these versions to the new cars shows where the industry is telling us to go. Big, fat, overweight “small” cars, with more electronic add-ons and a level of connectivity that is frightening. We don’t need connectivity to Facebook in the car. In the age of smart phones, tablets, bluetooth, information is at our fingertips faster than ever. The last thing we need is more of a distraction while driving.

Don’t get me wrong, I love automotive technology, and the thought of checking local movie times or getting the weather forecast on a trip is a wonderful idea. Night vision cameras, parking sensors and HID, LED and laser (not really) headlights are great ideas, and I embrace them all. However, not everyone is looking for a car that can “check in” for them, or play Angry Birds while stuck in traffic.

I know there is a large segment of the US population that would prefer a Fiat 500 to a Ford, or a Polo to a Pontiac. With fuel prices topping $4.19/gal for premium at the time of this post, not only would a small city car help your wallet, but it’d also help give the best balance between gearhead and smug head.

But it doesn’t stop there. Even the larger European sedans are less than able to be configured to allow style and a little savings at the pump. Years ago, Audi and Jaguar both made their Flagship models with available V8 Turbo Diesel engines. It appears that most people here never asked for them, but what concerns me more is that they were never offered here. This is troubling, as it appears the rest of the world seems understand what choices mean.

In America, there are normally three packages available in every car you buy. Anyone who has even looked at an automotive website knows this. You get a base model, with low power, no options, hubcaps and flat seats. Then you get a luxury/sports model, with a little more power, a subtle wing and fascia, some fog lights and slightly lowered suspension. Then there’s the top of the line model, with a bigger engine, better seats, and tons of tech the average pensioner has no idea how to work, but loves that the blinking lights amuse the grandkids.

As the average American looks for value, in what can only be described as a depreciating asset, I find our choices are more limited than anywhere else in the world. With the banks failing, and our money being spent on anything our government wants, that depreciating asset is held onto longer and longer. Not everyone can afford a new car every 4 years, and those that can either buy the most simple car they can find and toss it after it needs brakes and tires, or they’re the ones buying those big German sedans or large SUVs.

8 years ago, the in thing was a small Honda hatchback with an aggressive wheel package, a muffler large enough house a colony of bees (sounded like it anyway) and a 17-year old, with his hat brim off to the side. Today, fuel savings are important, and saving the earth is the “chic” thing. Those same sideways hat wearing 17-year olds are having kids, starting families and want to save a little extra. Green is the new black, and everywhere you go you will find this is the motivation. From organic this to recycled that, everyone everywhere is pushing life by way of green.

Everywhere except, your local car dealer.