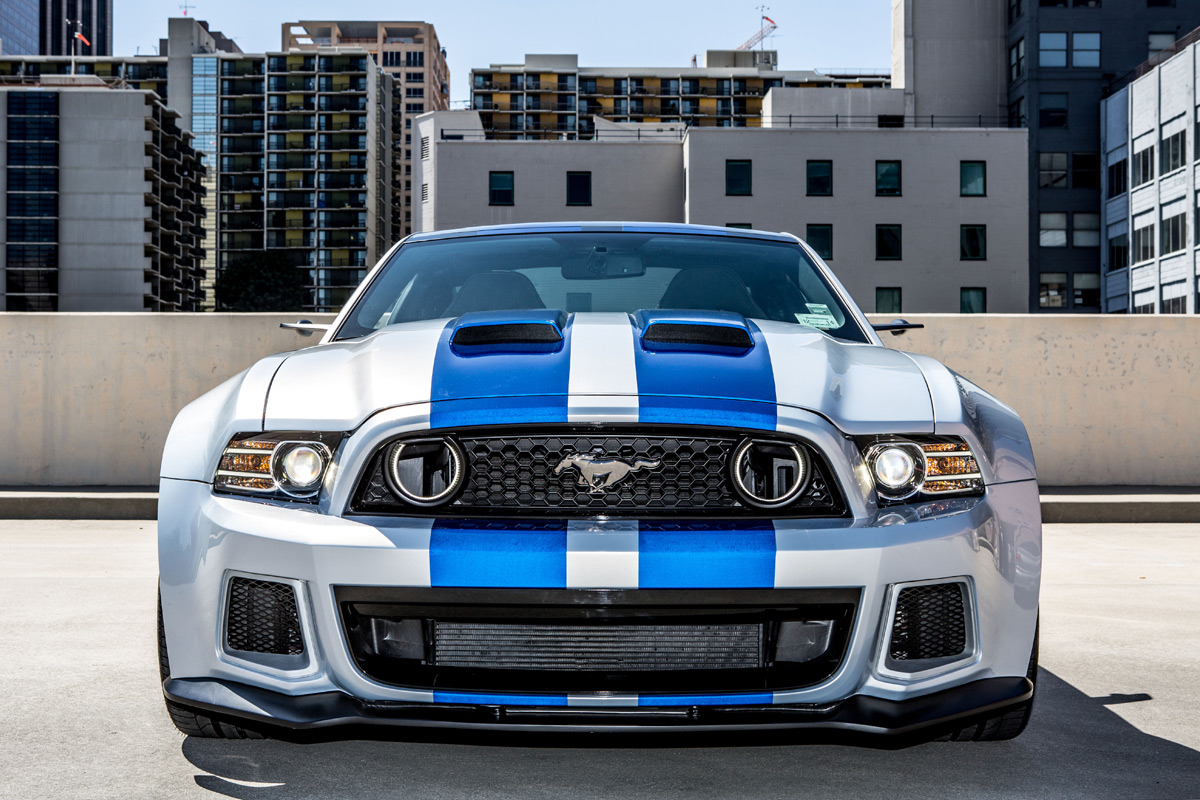 Ford Mustang has been a star of the silver screen and the small screen for nearly 50 years, with more than 3,200 appearances in movies and television shows. Now, the all-new Mustang is getting off to a quick start with its movie debut in Need for Speed, which roars into theaters on March 14th.

In Need for Speed, star Aaron Paul drives the custom 2014 Mustang seen above, which sports a sweet wide body kit, a custom bumper and 22 inch wheels. However, he’ll also get behind the wheel of a bright red 2015 Mustang GT, marking the new Mustang’s first on-screen appearance.

“I chose Mustang because it is a car that really represents American culture,” Need For Speed director Scott Waugh said in a statement. “It just represents modern muscle, and it’s iconic, having been in some of the greatest car chase movies of all time.”

You can see some 2015 Mustang footage from Need For Speed here:

As Ford’s guest at the Detroit Auto Show, we attended a 20-minute screening of Need For Speed. While they didn’t show us any of the 2015 Mustang scenes, I can tell you that the movie is INTENSE, with lots of action and a bevy of sweet exotics. If you’re a car guy like me, you won’t be disappointed!

Also, if you own a copy of the Need For Speed Rivals video game, you can drive a virtual version of the 2015 Mustang right now. You can also customize the car with a choice of five designs created using the game’s online customizer, including one inspired by RTR founder and drift champion Vaughn Gittin Jr.

Related Topics:2015 Ford MustangNeed for Speed
Up Next