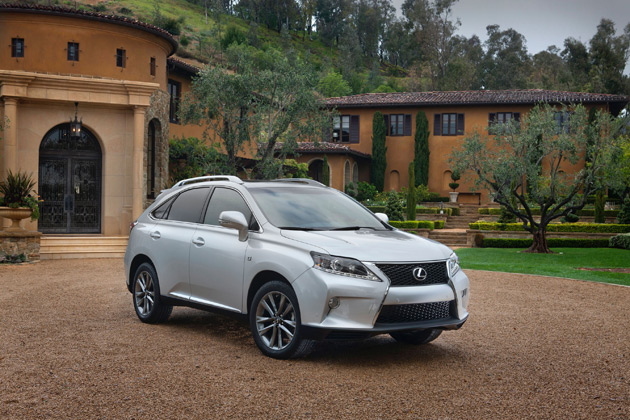 The RX 350 F-Sport gets knocked by some automotive guys as being too slow to have the “sport” title. That title, however, is relative and one thing the 2014 Lexus RX 350 F-Sport brings to the game is luxury in a fun package. Face it, if your vision of “fun” is a 0-60 time rivaling most track-ready machines, you probably don’t really need a luxury crossover. You need a sports car. If what you need is a luxury crossover that happens to be fun to drive and isn’t priced into the Maserati range, then the Lexus RX 350 with this F-Sport package is it.

For the 2014 model year, Lexus didn’t change much from 2013 in the RX. Not much needed changing, really. The style is there - contemporary enough to appeal to most buyers while being sporty enough to say “hey, I’m sporty” to the rest. In luxury cars, exterior styling to “stand out” is not exactly the norm. It’s what’s inside that counts. 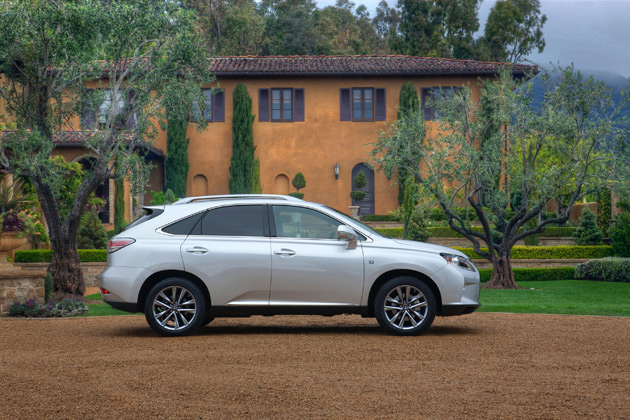 In its top trim level with all the trimmings, the 2014 RX 350 F-Sport comes in at just over $53k and includes amenities you might expect to see in far more expensive machines. The interior is immaculate and very well thought out. Even the usually clunky Toyota infotainment system is simplified and made modern thanks to the addition of the Lexus “mouse” controller on the center console. This controller works like a mouse on an Apple system and goes a long way towards improving Toyota’s outdated infotainment screens.

Seating is luxurious, of course, and sound dampening is phenomenally well done. The RX 350 makes very little noise on the road or highway. The only time you’ll hear the engine is when you push the pedal all the way to the floor, at which point that 3.5-liter V6 growls a nice tone from its 24 valves and nicely-tuned exhaust. The eight-speed transmission (standard on the F-Sport model) is what makes this RX into a Sport model. It may not add speed, but it creates more frequent shifting and gives the impression of speed as the shifts shove you periodically into the seat. 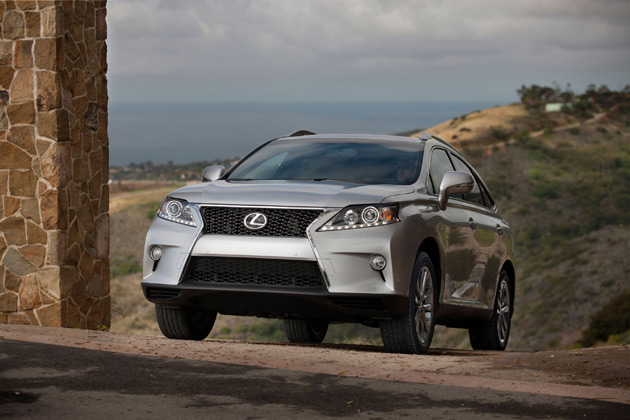 Although the RX 350 F-Sport will likely get smoked at the starting line by most sporty rivals, you have to ask.. how often does the owner of a luxury crossover do the quarter mile, flat-out, for time and race for pink slips at the light? Exactly.

What you get with the F-Sport package instead are sportier metal pedals, nice F-Sport badging, those two extra gears in the trans, paddle shifters, and a slightly better ride and drive. Steering is just a touch stiffer, the suspension feels just a might tighter (likely due to the extra weight of the trans), and things just seem, well, sportier. 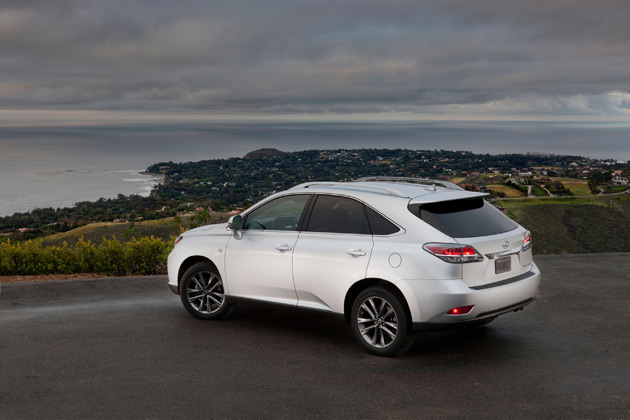 In return for not having breakneck Nurburgring capability, the 2014 Lexus RX 350 F-Sport delivers 26 mpg on the highway and the smoothest, most comfortable ride the everyday driver could ask for. It’s versatile, capable, and luxurious. Exactly what Lexus buyers want.

It should be noted that the RX 350 does not include a third row option and its towing capacity is lower than most rivals can boast. If these are things you expect from your crossover SUV, you should probably look towards the Detroit makes to find them. Otherwise, put the 2014 RX 350 up as a top pick on your shopping list.