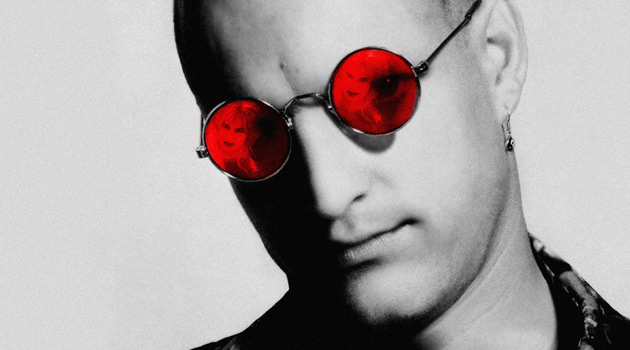 Plenty of scary movies claim to be based on real events, even if most people assume they’re not. But did you know that some of our favorite scary movies really did happen? From A Nightmare on Elm Street to The Hills Have Eyes, some of the horror films inspired by true events may surprise you.

The Hills Have Eyes

Wes Craven’s 1977 film about a cannibalistic cult preying on tourists in the Nevada desert was based on the story of the Bean clan. The Beans lived in Scotland in the 15th or 16th century; they were a family of 48 headed by patriarch Alexander “Sawney” Bean and his wife. Some of the family’s six daughters, eight sons, fourteen granddaughters and eighteen grandsons were the result of incest.

The Bean clan allegedly lived in a secluded cave in Bannane Head. They survived by ambushing, murdering and robbing people traveling through the area at night. They cannibalized the bodies.
The family was so secretive in their movements that they allegedly managed to carry on in this manner for about 25 years until they ambushed a man who was fought them off, escaped and alerted the authorities. A manhunt led by King James VI of Scotland apprehended the family, who were executed in Glasgow. It’s believed that Sawney Bean and his family killed and cannibalized more than 1,000 people.

Natural Born Killers isn’t the only film inspired by the 1958 crime spree of young Nebraska lovers Charles Starkweather and Caril Ann Fugate. The couple met when Charles was 18 and Caril Ann 13. Charles murdered Caril Ann’s family, consisting of her stepfather, mother and baby sister, on January 21, 1958.

About a week later, Caril Ann and Charles began a two-month murder spree that would claim 11 lives. After their arrest, Charles pinned half of these 11 murders on Caril Ann. Charles got the death penalty, while Caril Ann was sentenced to life. Her sentence was later commuted, and she was released on parole in 1976.

Norman Bates is the quintessential serial killer. Reeling from a traumatic childhood and afflicted with a frightening mental disorder, Norman assumes his mother’s identity and commits horrible crimes.

His character is based on Ed Gein, a real American killer and grave robber who illegally exhumed corpses from graveyards near his home to build trophies from their parts. He confessed to the murders of two women when police discovered body parts in his home in 1957.

He’s also known to have idolized his mother, Augusta. He admitted to police that he exhumed the bodies of women who looked like her. Gein claimed that he wanted a sex change operation, and that he wore the tanned skins of women out of the desire to change his gender.

A Nightmare on Elm Street

As improbable as it sounds, this story of a killer who attacks people in their dreams is based on a real phenomenon. Wes Craven got the idea for his 1984 horror classic after reading in the LA Times about sudden unexpected death syndrome (SUNDS), a disorder native to Southeast Asia.

No one knows what causes SUNDS, though some cultures attribute the disorder to eating carbohydrates or rice cakes at bedtime. Irregular cardiac function seems to be the key characteristic of SUNDS, though victims are typically young, otherwise healthy men with no heart disease or deformities. According to the LA Times report Craven read, a young immigrant man fell victim to SUNDS after refusing to sleep for several days, apparently out of fear that his nightmares would kill him.

The ensuing widespread panic, fueled by a media frenzy, led Jersey Shore resorts to install steel shark-proof nets around their beaches. Nevertheless, the final three attacks occurred not at a beach, but in Matawan Creek, 16 miles inland. Later that day, a great white shark with human remains in its stomach was captured nearby.

Decades later, these attacks — along with the capture by fisherman Frank Mundus of a massive 4,550-pound shark off the shore of Long Island — would inspire Peter Benchley to write the 1974 novel “Jaws,” adapted for film by Steven Spielberg in 1975.

Contributing blogger Alicia Rosenfeld is a professor of film studies. Her work has appeared on a number of film review blogs.

Don’t Be “That Guy” : The Basics of Office Bathroom Etiquette