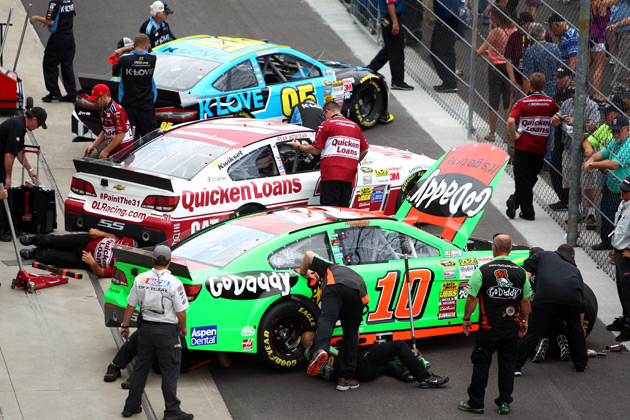 Last weekend, Crown Royal flew me out to Indianapolis to attend the Brickyard 400 and participate in their Capture The Crown program, a high-stakes winner-take-all scavenger hunt. This is the third year that we’ve participated in this event, and once again it was another action-packed weekend that had us running around IMS with our eye on the prize. Unfortunately, our team got eliminated early on, but it was fun nonetheless.

Here’s how Capture The Crown works: There were 12 influencers who participated in the challenge, and they were broken up into three teams of four. Our team included Phil from Gunaxin, Kristin from In Deep H2O, Vashti from Black Sports Online, and our team leader Candice from Crown Royal.

This year the hunt was structured a little different than in years past, with two elimination rounds, after which the remaining team competed against each other Hunger Games style. It was a bummer getting knocked out so early, but it was still fun watching the other teams race for the crown. When the dust had settled, Marcelle came out victorious, winning an all expenses paid trip to Montreal to tour the Crown Royal Factory. 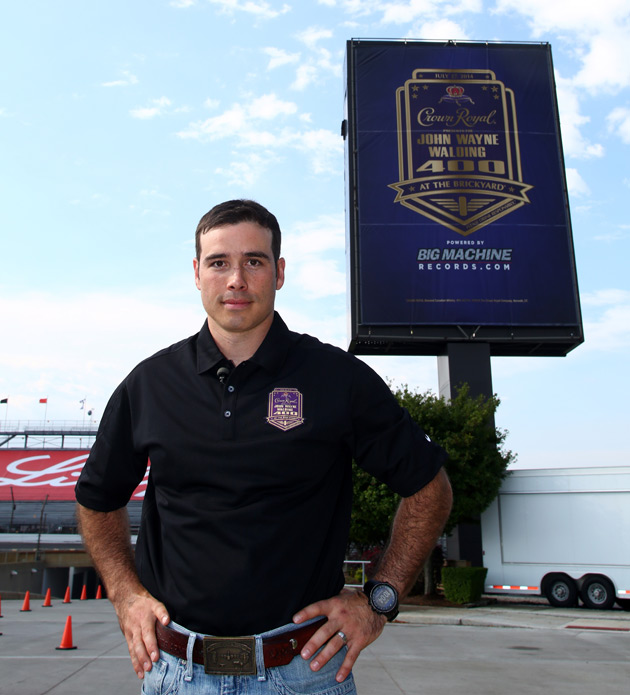 Now you might be asking yourself, why host an event like this at a NASCAR race? As we mentioned awhile back, Crown Royal held their annual “Your Hero’s Name Here” program, which awards naming rights to the Brickyard 400 race to a deserving American hero. And this year, that honor went to green beret John Wayne Walding, who lost the lower part of his right leg during a mission to capture a high value target in 2008. We were lucky enough to spend time with him over the weekend, and his story was truly inspirational.

“I just want to say thanks and also remind everyone to thank and support our troops.” Walding commented. “For those troops coming home, I just want to tell everyone to get home and stay busy. Keep moving and keep finding things to do. For those that have been home, I just want to say thank you. Fighting for my country is the greatest and hardest thing I’ve ever done. I am so humbled by all of the support people have shown me and I am humbled by this whole experience. I’m just a country boy from Texas and this whole thing has been great.”

Now while Mother Nature tried putting a damper on things (raining for much of Saturday, causing us to miss out on hot laps as well as the Justin Moore concert), the clouds parted for Sunday’s race and we had perfect weather throughout. It was an exciting race, and when the checkered flag dropped, it was Jeff Gordon who came out victorious, taking home his fifth win at the Brickyard. 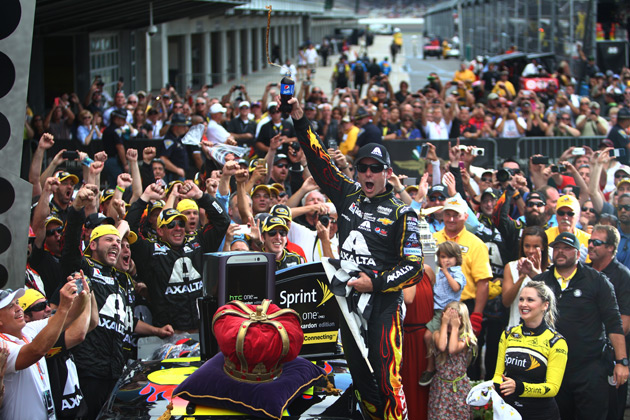 Thanks again to Crown Royal, Taylor Strategy, and everyone else involved for bringing Guys Gab to Indy for another fun race weekend. The Crown Royal Heroes program is fantastic, and this year’s honor couldn’t have gone to a more deserving person. We had an absolute blast, and next year, that coveted crown will be ours!

Relaxing In Style With Tommy Bahama