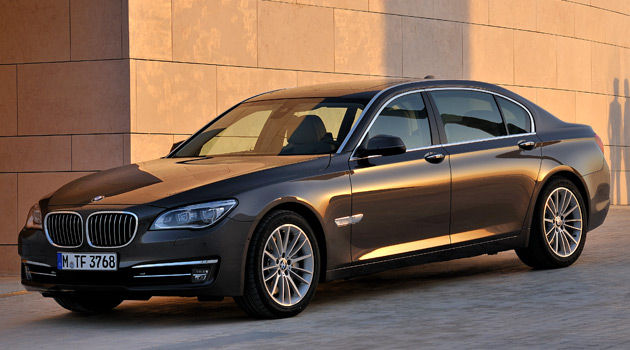 The BMW 740Ld xDrive Sedan is the latest model line to benefit from BMW Advanced Diesel technology in the US, and it marks the first time that BMW will be offering a diesel option for their flagship model. The new model will feature BMW’s 3.0-liter TwinPower Turbo diesel engine in the long-wheelbase 7 Series body and will include xDrive, BMW’s intelligent all-wheel drive system.

The 3.0-liter inline-6 BMW Advanced Diesel engine puts out 255 horsepower and 413 lb-ft of torque. Mated to an 8-speed automatic transmission, the 740Ld will accelerate from 0-60 mph in 6.1 seconds. Fuel economy numbers haven’t been released yet, but other models equipped with this engine have seen a 25–30 percent improvement in fuel efficiency over their direct gasoline-powered counterparts.

The 2014 BMW 740Ld xDrive Sedan will debut at the Chicago Auto Show next month, and it’s slated to arrive in US showrooms in Spring 2014. The car will have a Manufacturer’s Suggested Retail Price of $83,425.

Related Topics:2014 BMW 740LdBMWdiesel
Up Next