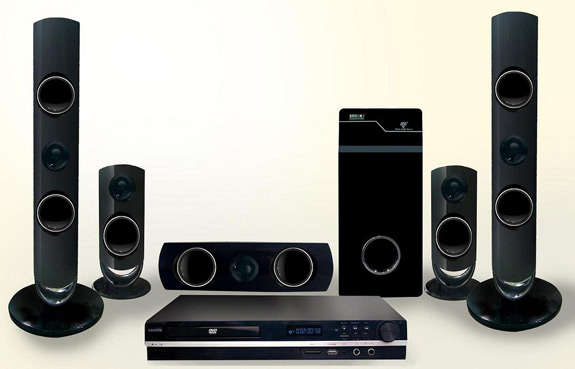 Movies, TV shows and sports games… what do they have in common? They all sound better with a home theater system. Building up your entertainment room with a high quality home theater system requires installation of many components. Many people prefer to install things like a big television screen and speakers which are mounted up to the wall. What this does do is provide an aesthetic look to your room and also it does not look messy with all the cables and wires lying here and there and its safer as well as it reduces the chances of one getting an electric shock and many other avoidable accidents.

You could own the best televisions in the world, but if it’s not equipped with surround sound system, you are really missing out. Have you ever tried watching a movie twice but the second time with a surround sound system? Try it out; seriously it sounds amazing how you happen to hear things which previously never were there. It’s absolutely impressive, without surround sounds, it’s almost as if you never watched the movie truly, you just thought you did. Do you see what you’re missing out?

Here’s another thing to think about, have you watched an action movie where an aero plane flies overhead? I’m sure most of us have. The point being with a high quality home theater system you can actually hear the plane with what seems to be behind you, thanks to the rear sound speakers. Once you see the plane on TV, the sound from the speakers makes it feel like its right there and then it quickly passes off overhead into the distance with plenty of roar from the engine of the plane. It feels like you are there, the speakers make it feel so real.

How about a movie with gun fight? Something to remember, shooting and violence is only entertaining on the big screen or in the movies but not in real life. Picture this, bullets flying left to right, in front of you and behind you, you almost feel like you are the one that got shot. That’s exactly what surrounds sound systems are designed to do, they make you a part of everything all the time from beginning to end. That’s what makes watching anything on your television so exciting.

With the advances in digital television and high definition products saturating the market almost everyone can recreate the movie going experience in their own home. In the upscale neighborhoods of New York home theater systems incorporate the dedication of an entire room to the viewing of high definition entertainment. In addition to professionally installed screens and custom designed sound systems these movie rooms often incorporate theater style seating with large oversized chairs, individually arranged and sometimes staggered in two rows with plenty of leg and elbow room, for viewers to enjoy. These elaborate viewing rooms bring all of the sights and sounds of spectacular movie productions from the big screen right into the home.

James Vasanth writes a blog on eInterativeHomes, about Audio Video, Home Theater Systems and connecting the dots between online and offline. He can be found on Facebook.

Related Topics:Home Theater
Up Next