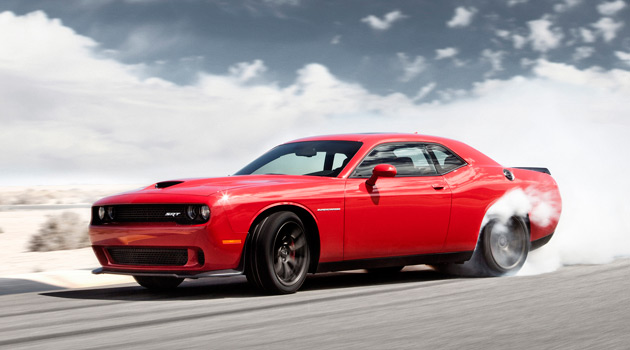 Dodge has just unveiled the 2015 Dodge Challenger SRT Hellcat, and it’s likely to have many Mustang and Camaro fanatics shaking in their boots. No, seriously.

Yes, the last generation Challenger was overweight, underpowered, and mated to an automatic transmission no less. It was no competition for cars like the Shelby GT500 or Camaro Z/28. But the SRT Hellcat is about to change all of that.

In addition to the awe-inspiring 707 horsepower of the new Hellcat HEMI, the new 2015 Dodge Challenger SRT Hellcat has been redesigned and totally re-engineered to be the most true-to-form muscle coupe on the market with performance-enhancing technologies inside and out, including the new TorqueFlite eight-speed automatic transmission and an all-new interior inspired by the classic 1971 Challenger.

It’s taken awhile for Dodge to get back in the muscle car game, but it appears that it was well worth the wait!