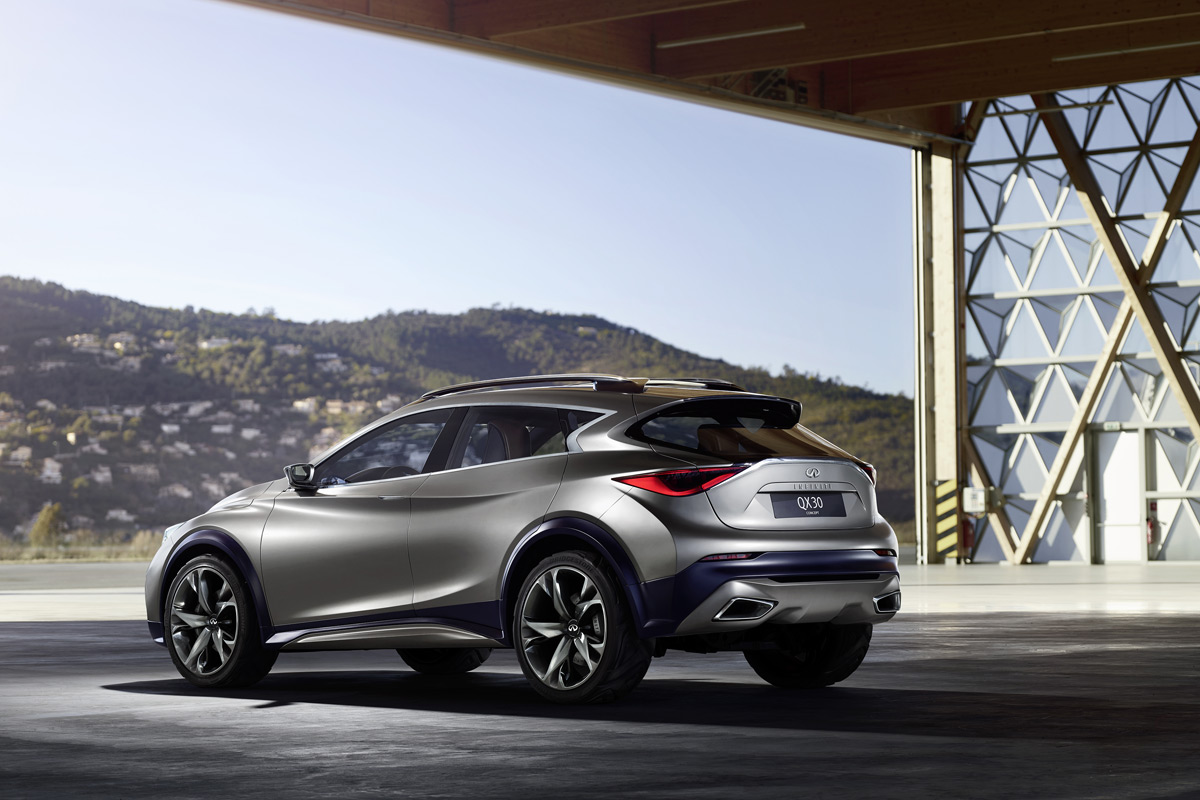 Infiniti has provided the first full glimpse of their Infiniti QX30 Concept, which will make its world premiere at the 2015 Geneva International Motor Show on March 3rd. The crossover concept hints at a future premium compact vehicle and gives a strong indication of the brand’s commitment to this segment.

Pushing design boundaries, the QX30 Concept combines the sleek lines of a coupe with the distinguishing features and higher stance of a crossover. Looking poised for action, yet fluid, it promises to deliver effortless capability with style.

“We wanted the spontaneous fluidity of the QX30 Concept design to cut through the urban clutter and rigidity, reflecting its go-anywhere and spur-of-the-moment nature,” said Alfonso Albaisa, Infiniti Executive Design Director. “The QX30 Concept has been designed to make occupants feel safe and protected inside, and customers can drive in or out of the city without worrying about nicks to the chromework.”

The theme of “stylish protection” is evident from nose to tail. The designers have given QX30 Concept a more pronounced aluminum-trimmed bumper up front, while rounding up the rear with a tough skid plate sculpted with nuanced graphics. 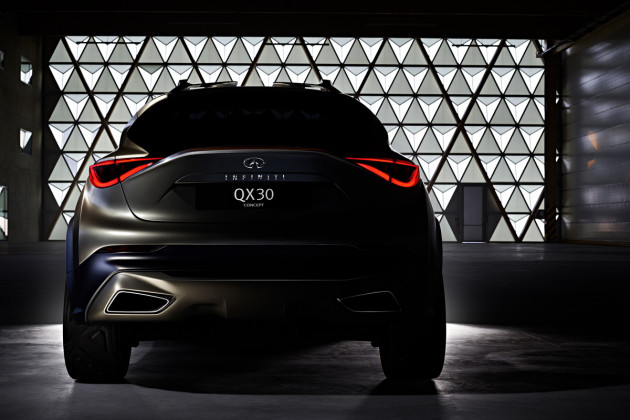 The 21-inch wheels and larger profile tires are core to the crossover’s sure-footed stance. The spokes are a unique mix of three-dimensional milled aluminum finished in different tones, which interlock in a distinctive manner.

Even the roof racks have gone beyond their merely functional use. Extending inward toward the center line alongside the glass roof, they provide a “sculpture” for the rear passengers to look through, resulting in an unusual perspective of the world outside.

“The QX30 Concept design conveys a sophisticatedly gritty sense of strength and durability, but tough doesn’t mean rough,” said Albaisa. “We’ve retained a sense of artistry throughout, even in the most functional of parts.”

While I’m honestly not usually much for SUVs, I’m really loving what I’m seeing so far, and I can’t wait to see what the car looks like when its unveiled in Geneva in a few weeks. Stay tuned!

Related Topics:InfinitiInfiniti QX30 Concept
Up Next