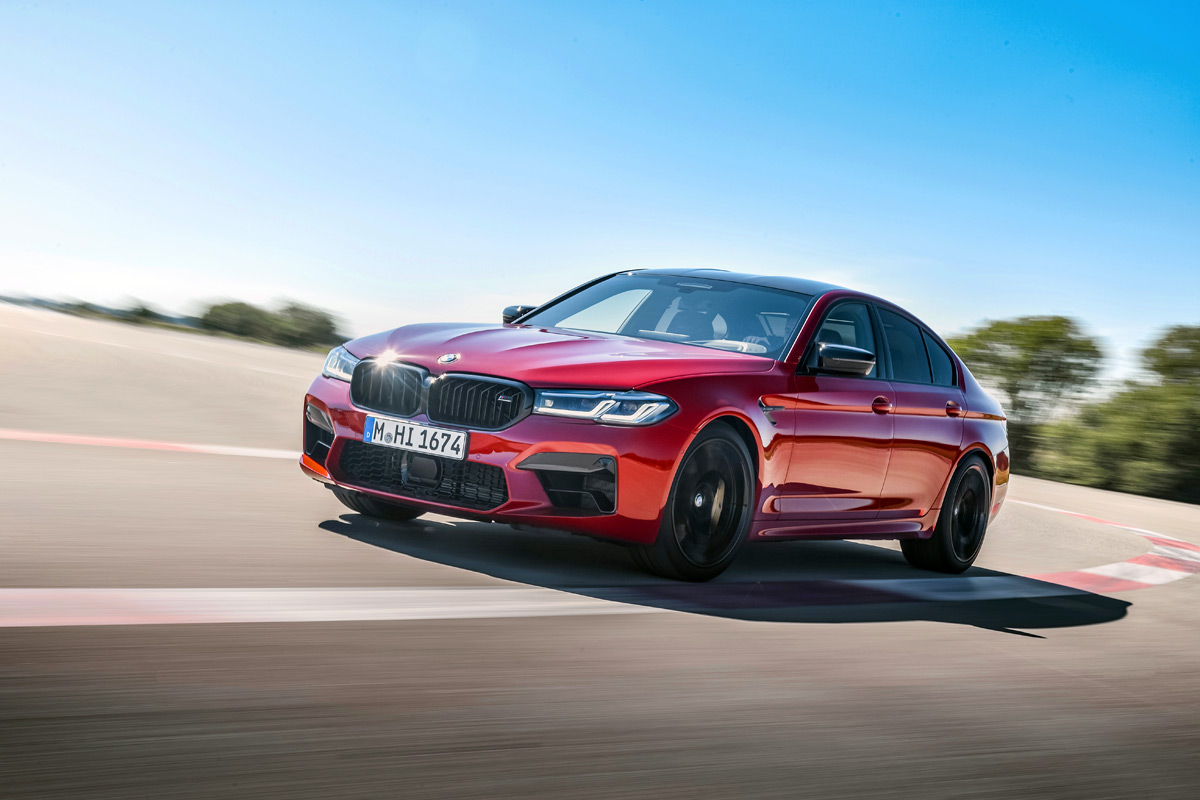 When the current-generation BMW M5 first came out, I was skeptical about it, as I didn’t love the fact that they switched from RWD to AWD. But after driving the 600HP beast in the rain at the BMW Two Day M School, I was a total convert. The car drives like a RWD car until traction is needed, and it feels nimble on its feet, despite weighing over 4000 pounds!

The 2021 BMW M5 was just unveiled, and it gets a very subtle facelift, much like the regular 5 Series did earlier this year. While most people wouldn’t be able to tell the difference, the new, larger BMW kidney grille and redesigned front and rear bumpers highlight the more aggressive and functional appearance of the 2021 M5 Sedan. 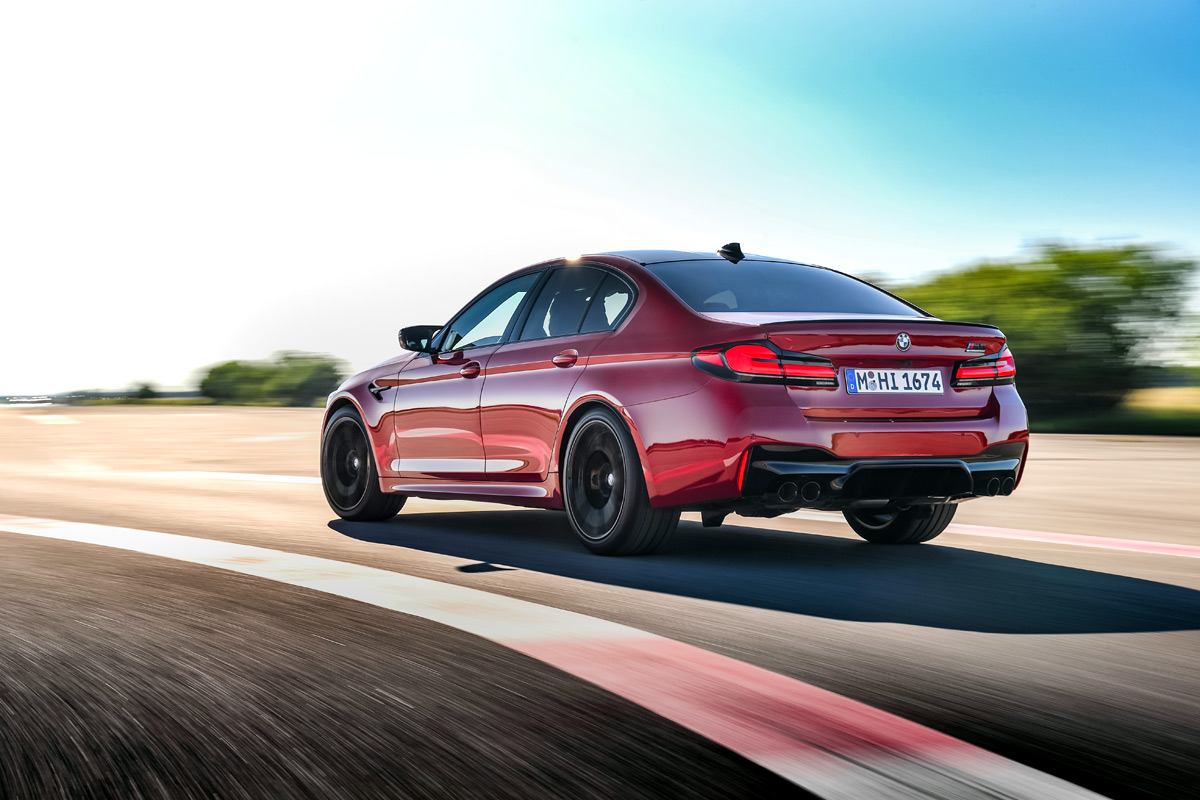 The suspension of the regular M5 remains the same as well, with a double-wishbone front and five-link rear suspension design. But the M5 Competition gets new shocks and a recalibrated damper control system to enhance ride comfort during high-speed highway driving as well as over bumps. It also sits 0.2-inches lower and features increased front negative camber, a firmer rear anti-roll bar, 10% firmer front and rear springs and toe-link ball joint mounts (vs. rubber bushings in the M5 Sedan).

One other interesting addition for the 2021 M5 Competition is a “TRACK” driving mode, which turns off the driver assistance system, along with the audio system and center control display, so that the driver can concentrate on the road ahead with important information provided via the Head-Up and the digital instrument displays. 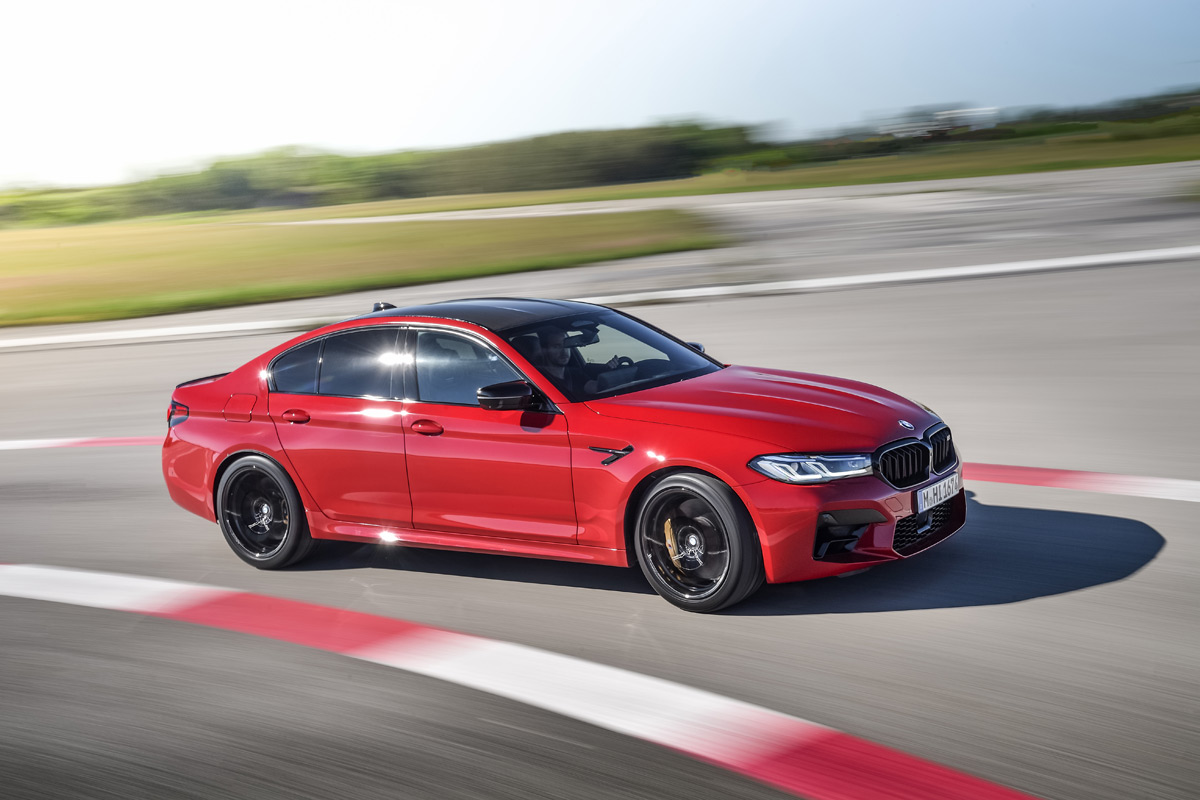 Inside, you’ll notice a larger 12.3-inch touch-screen infotainment display, replacing the 10.25-inch screen from last year’s model. In addition to Apple CarPlay, new wireless Android Auto functionality has been added. The new 2021 M5 Sedan also offers the latest version of BMW’s Intelligent Personal Assistant, which helps you interact with your car in a more natural way.

There’s also a new digital cloud-based feature called BMW Maps, which provides faster route calculations and dynamic recalculation based on precise real-time traffic data. Routes are worked out using an anticipatory approach, meaning upcoming traffic along the entire route is factored into the calculation of the expected arrival time.

For those wanting to stand out from the crowd, BMW offers five new exterior colors for the M5, including Motegi Red, Brands Hatch Grey, Tanzanite Blue II, Individual Aventurine Red and Frozen Bluestone. Inside, the M5 Competition can now be had with combined black leather and beige Alcantara upholstery. 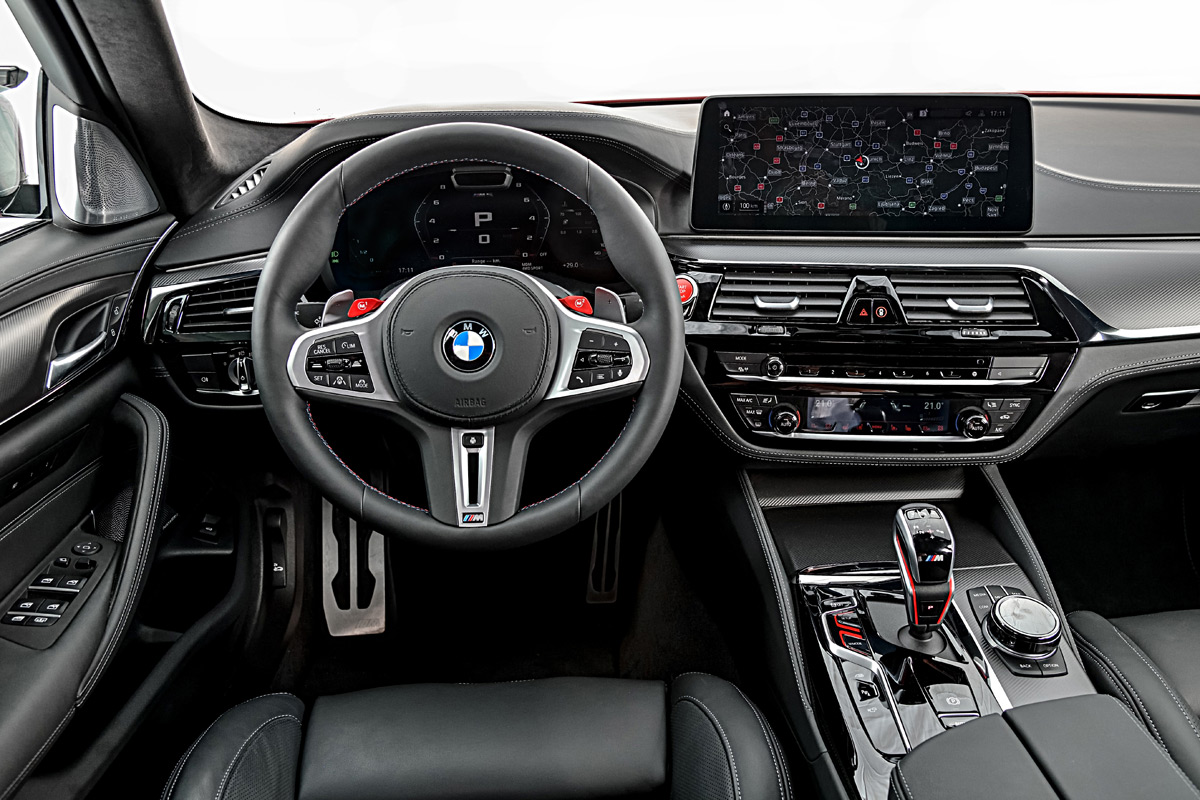 So if you’re in the market for a car that offers supercar performance with everyday usability for up to five passengers, you owe it to yourself to check out the new 2021 BMW M5 sedan. It truly is the Ultimate Driving Machine.