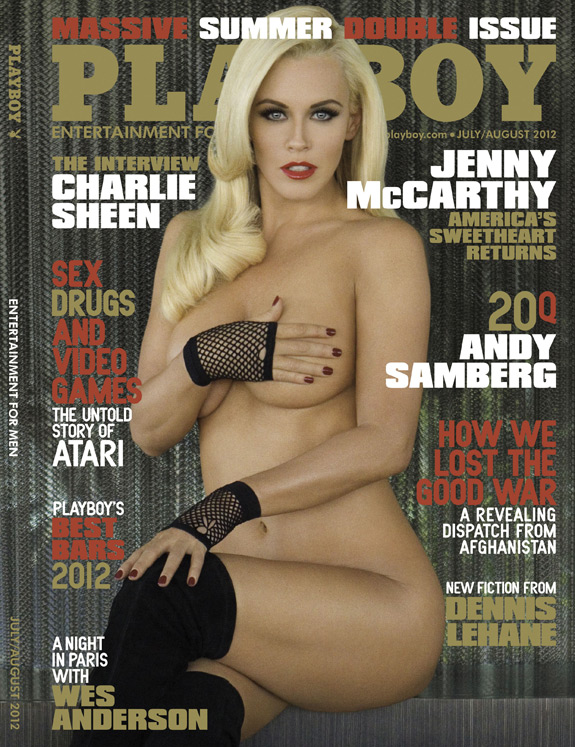 Jenny McCarthy’s upcoming Playboy cover was just released today, and we’ve got it for you!

Jenny is on the cover of Playboy’s July/August issue, and featured in an 8-page nude pictorial inside shot by photographer Steve Shaw. This marks Jenny’s sixth cover appearance and seventh pictorial for Playboy. The issue hits newsstands this Friday, June 29th.

Even after all these years, she still looks great!