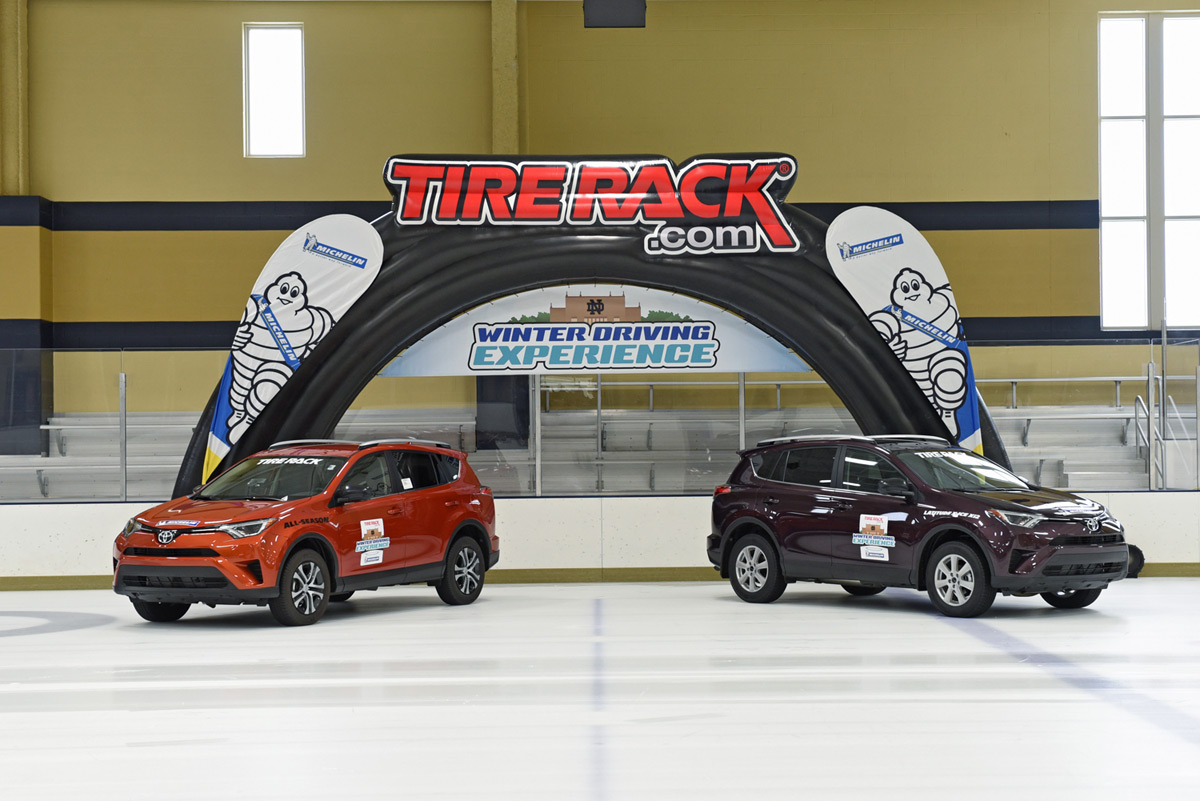 Our friends at Michelin and Tire Rack recently brought us out to the University of Notre Dame in South Bend, Indiana for their Winter Driving Experience, where they demonstrated the importance of winter tires, and why you should be using them if you live in an area that gets snow regularly.

Growing up in the Northeast, I’m no stranger to snow and driving in it. But for many years, like many of you, I drove through the snow with my all-season tires and hoped for the best. And I’m not going to lie, I had a few close calls there before seeing the light and purchasing a set of winter tires for my car. 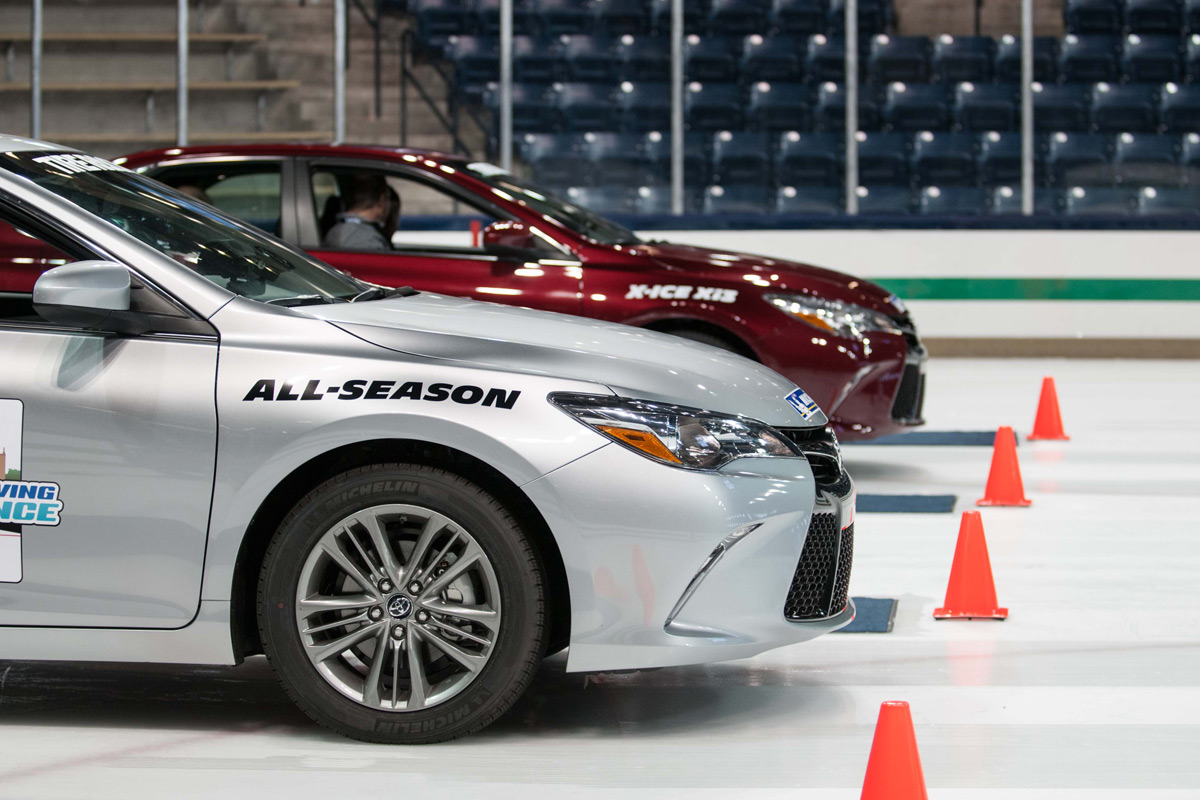 My 2011 Subaru WRX with the combination of AWD and winter tires is pretty much unstoppable in the snow, and in the five years that I’ve had this setup, I’ve never once gotten stuck or at a loss for traction, regardless of what Mother Nature threw at me. Other SUV drivers weren’t so lucky..

So what makes winter tires so superior? It’s a complicated subject, but the short of it is that winter tires have more sipes, pits, and jagged edges, which allow the tires to dig into the ice and snow. Combine that with the superior traction of the winter compound, and you’ve got a recipe for maximum winter performance.

To illustrate this point, Michelin brought us to the Compton Family Ice Arena at Notre Dame, where we drove two sets of identical cars (Toyota Camry and Toyota RAV4) on the ice, one with all-season tires, the other with winter tires. And let me tell you, the differences were pretty eye-opening! 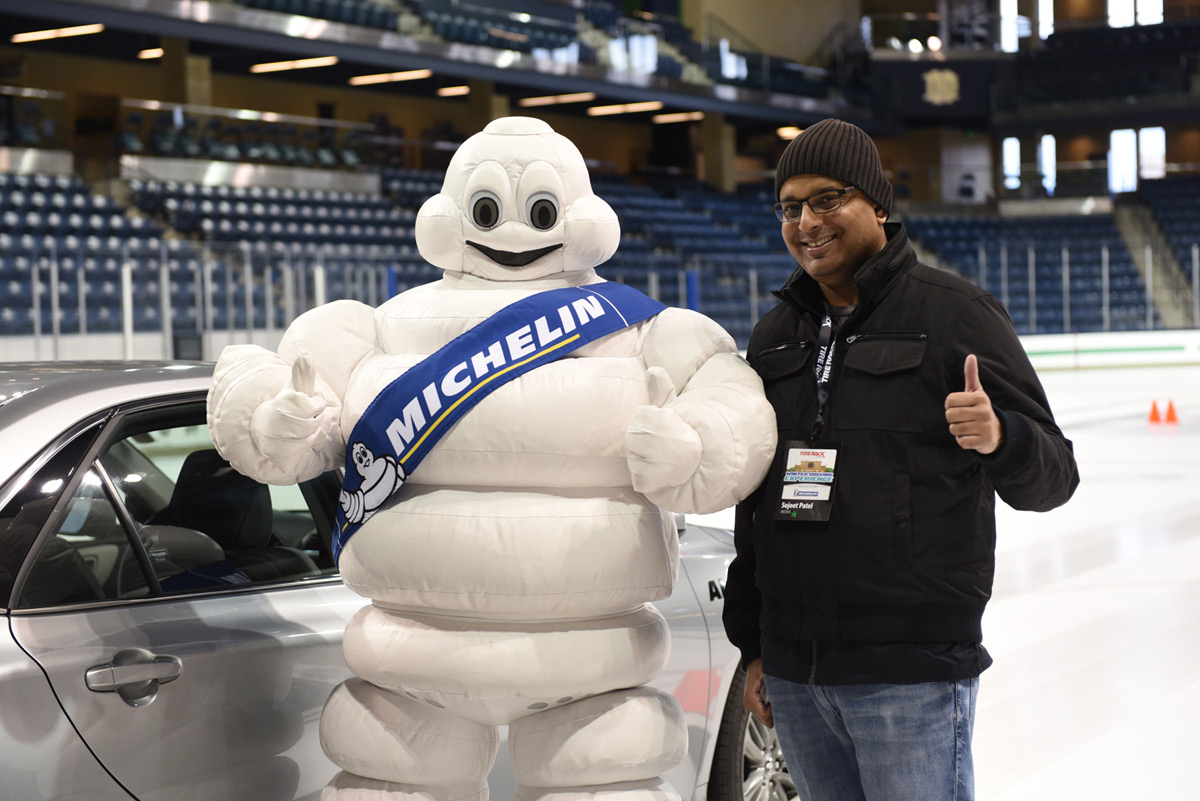 For our morning run, we drove two Toyota Camrys back-to-back, one equipped with Michelin X-Ice Xi3 winter tires, the other equipped with Michelin Primacy XV4 all-season tires. The Camry sporting the winter tires accelerated significantly faster, saw a higher top speed (a blistering 9.6 MPH, compared to 8.2 MPH in the other car), and had a shorter braking distance. While the numbers might not look that significant, in many cases that’s the difference between hitting someone or not.

Afterwards, we drove two Toyota RAV4s back-to-back, one equipped with Michelin Latitude X-Ice Xi2 winter tires, the other equipped with Michelin Latitude Tour HP all-season tires. The difference here was even more noticeable, with all-wheel drive and a higher curb weight adding to the equation. Again, the car with the winter tires eclipsed the other car in all of the tests.

If that wasn’t enough, a professional driver took us around the rink in both RAV4s, executing a simple turn at 15 MPH. The car with the winter tires made the turn effortlessly, while the car with the all-seasons plowed straight through the corner into what could have been oncoming traffic! 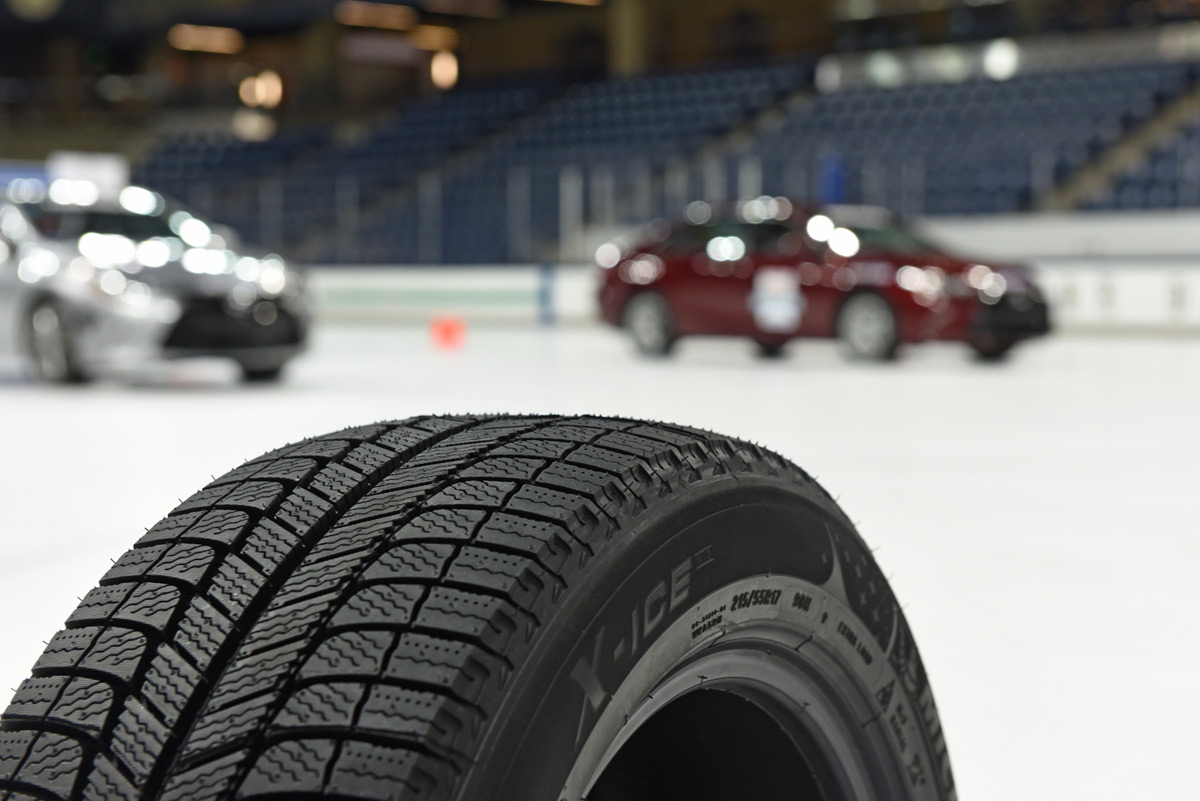 With such a big difference between winter and all-season tire performance, you would think that more people would opt for them. But surprisingly, only 20% of Americans in colder states bother with winter tires. Why? The two big reasons are cost and storage. If you purchase a separate set of winter wheels and tires, you’re easily looking at $1000 or more, plus the cost of having them swapped every Fall and Spring.

But look at it this way. Your regular set of tires will last longer, because you’re running on your winter tires for 4-6 months each year. And if your winter tires save you from just one accident, they’ve paid for themselves many times over. As for storage, my local tire shop stores them for me (because I’ve bought many tires from them). Other dealers offer this service for a nominal fee. And if all else fails, you can simply store them in the corner of your garage or basement. 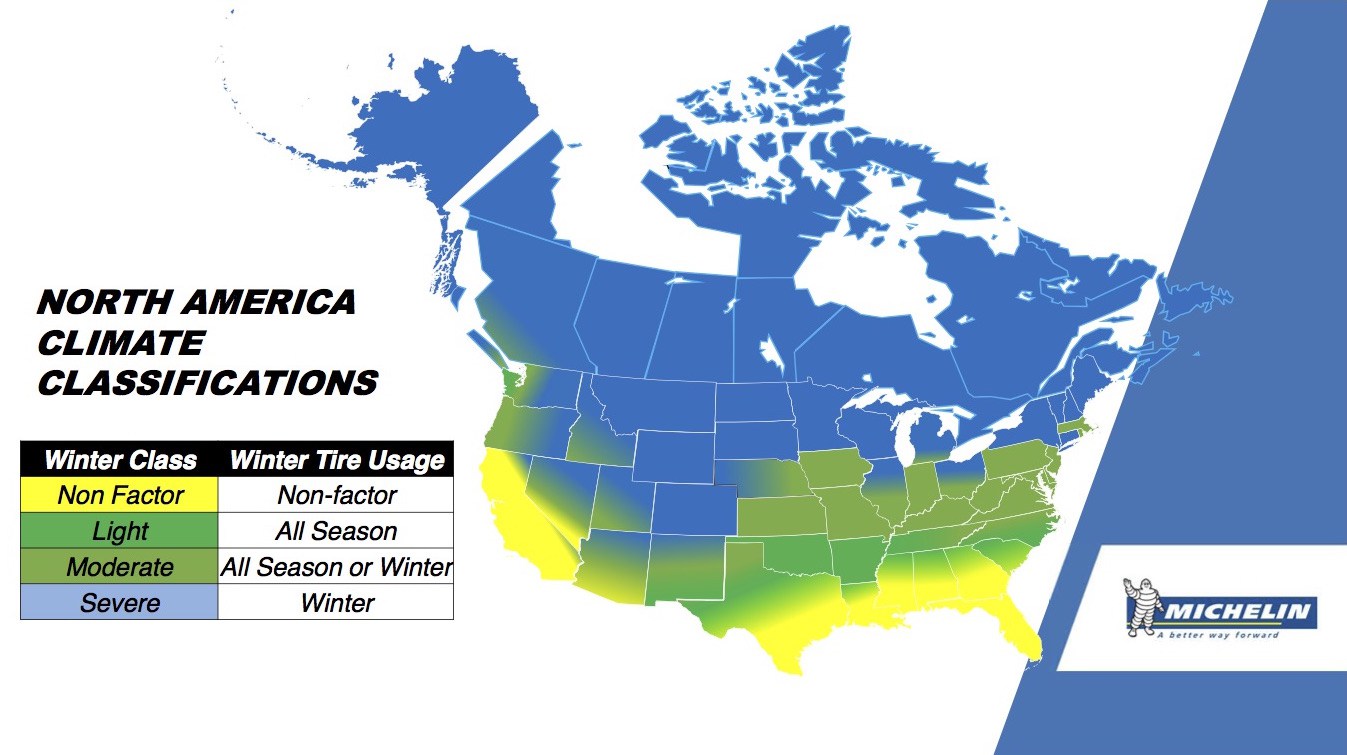 So how do you know if you need winter tires? Michelin provided us with a map that shows where winter tires are needed. As you can see, New Jersey is in that moderate section where you could go either way, but I decided to err on the side of caution, and I’ve never once regretted that decision.

In the end, if you live in a region that sees a significant amount of snowfall, you owe it to yourself to invest in a set of winter tires. Once you experience winter tires for yourself after that first snowfall, you’ll wonder how you ever lived without them!

Here’s Why You Should Be Doing Your Own Oil Changes