For the past month, we’ve been participating in a Yankee Gift Swap, courtesy of Crown Royal. If you missed it, you can read all about it here.

As luck would have it, we ended up with the first pick! Now, if you’re a Yankee Swap veteran, you know that drawing first is usually the best position to be in, because it means you get to make the final steal of the game!

Our original clue was this: 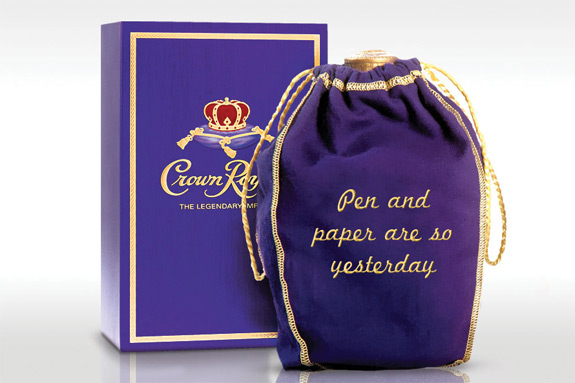 Many of you correctly guessed that the gift was an iPad 2. Unfortunately, about a week later, the iPad was stolen from us. And it passed through a couple of hands in the weeks that followed. In return, we received a flask gift set. 🙁

Along the way, some great prizes were given out (including a Kindle Fire, Oakley sunglasses, Beats by Dre headphones, Bulova watch, etc), but ultimately we wanted the iPad 2 back!

So when asked what we wanted to do this morning, it was a no brainer – Steal the iPad. (Sorry Whiskey Goldmine)

We had a great time playing the game, and we made some new friends along the way. And of course, a HUGE thanks goes out to Crown Royal for supplying all of the awesome gifts!

Win The “Best Year of Your Life” From Playboy!