So, you’ll never believe what happened at the Crown Royal Heroes Project party hosted by Playboy this past weekend in Dallas.

As 2011 Playmate Kylie Johnson helped Cowboys and Steelers fans stuff Crown Royal camo bags with holiday treats to be sent overseas to U.S. troops, she pulled out the bag below! 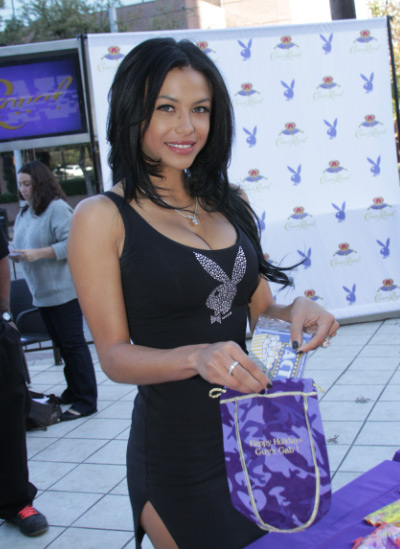 Kylie stuffed a bag for us, and sends warm wishes to our readers as well

As you may know, the Heroes Project is Crown Royal’s year long program to honor American heroes – including the brave men and women protecting our freedom overseas. The holidays are an especially difficult time for these folks and every little reminder of home helps.

Thanks to the #PassTheCrown campaign, more than 1,400 Crown Royal camo bags are being shipped to U.S. soldiers overseas. There’s no better feeling than giving back to those who protect our freedoms daily!

Celebrate With Some Prohibition-Era Cocktail Recipes