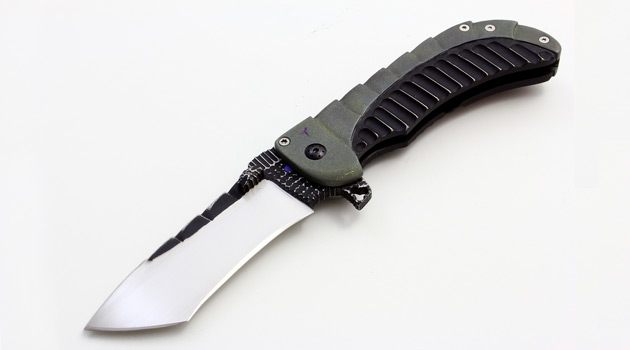 Pocket knives were once considered essential in the journey from adolescence to adulthood. They later stormed onto the men’s fashion scene, but lost appeal when people started calling the tool a ‘social risk’.

However, acceptance and use of knives is still growing. TSA recently lifted a ban on pocket knives. Angelina Jolie was ‘man enough’ to confess collecting knives and bought some for her son. Joe Perry and Steve Tyler of Aerosmith are cult knife collectors.

Several designs are coming out for artistic pocket knives from makers like Swiss Army and other top makers of pocket knives.

Apart from being a fairly typical accessory, stylish handmade knives like Winkler Knives are considered tactical tools that can be used for a variety of reasons.

The Boy Scout Pocket Knife is heavy when it comes to weight and the blade is four to five inches in length. It’s quite large for anything you would need a knife for as a boy scout. The knife plays the role of a strong rugged knife pretty well.

Jack Knife as been used throughout history. As a tradition, it would be the first for a young man. Jack Knife is use when going on camping, hunting and fishing. Jack knives are light in weight and you won’t find any problem snugging it inside the jeans. A blade or two featured on a hinge are part of jack knives.

A Swiss Army knife can be considered a multi-purpose knife. These knife types feature scissors, tweezers, saw and couple of screwdriver blades. You can pull it out to use tweezers or for sharpening wood. This is one pocket knife you’re likely to use more than others.

Camping without a pocket knife is the last thing you should be doing, particularly if you don’t want yourself to look like a fool when camping with friends. From pointing wood sticks to roasting marshmallows, you’ll need this tool.

Pocket knives are considered as handy for opening boxes. You can also impress your girl or the lady at the office by opening a letter with your pocket knife. It can also be useful on your birthday or close friend’s wedding where you want to spare the annoyance of gift unwrapping and want to move on with other gifts.

Yes, you’ve got a rod for fishing, but in order to be called a proper fisherman, it’s essential for you to carry a pocket knife. You can have a barbeque at spot by making pieces out of your catch, remove hooks by cutting the knives or use it to open the beers.

You can do a lot of DIY crafting with a pocket knife. If you’re good at wood carving, there are ways to make items such as drinking mugs or stationary out of wood. The knife can be used to enhance the aesthetic appeal of the carved design you’re going for. You can also carve a message on a tree with a good knife.

Should you buy any random pocket knife?

Buying a random pocket knife for your child or sibling is irresponsible. You should take your time in deciding which knife to go for and not make a random decision. Avoid going for something like a knife that has no proper way of being locked because even woodsmen can get injured from using knives that have no locking mechanism.

Choosing a pocket knife with a proper lock ensures you don’t cut yourself when the blade closes by accident. There are some new opening methods implemented in some pocket knife designs such as a one hand opening through a thumb stud on the blade of the knife. A pick that comes with a clip would also be useful as it make the knife come out easily without adding extra weight to your pocket.

At the end of the day, choose a knife that has a design that appeals to you, a knife that will be a functional part of your life in camping and outdoors activities as well as craft-making and in some occasions self-defense.

Related Topics:pocket knives
Up Next

Can You Guess What This Is?

‘Average Joe Expo’ Has Something For Everyone