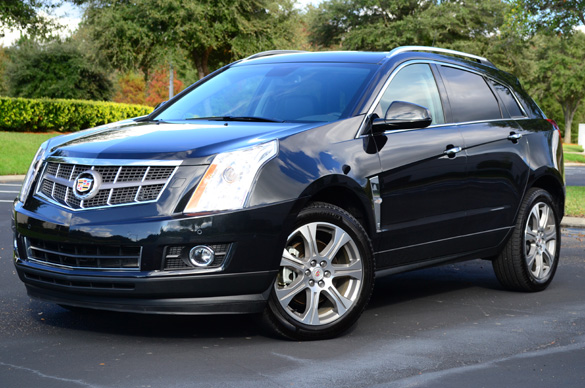 For the past week, we’ve had the pleasure of driving a 2012 Cadillac SRX AWD Premium, and what a treat it’s been!

There’s no question that Cadillac’s styling is quite polarizing, it’s something you either love or hate. Personally, I think they knocked it out of the park, and the Guys Gab staffers agreed. 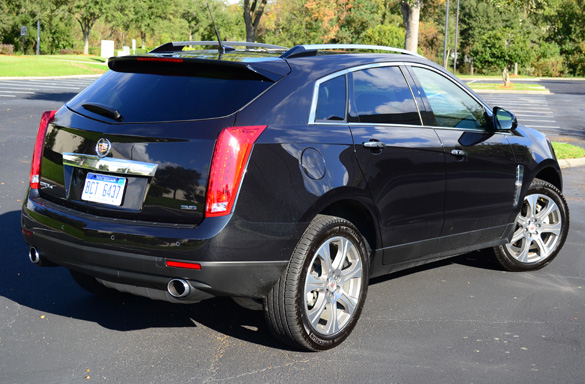 For 2012, Cadillac introduced a new 3.6L direct-injection V6 engine that produces 308HP and 265 ft-lbs. of torque. The new engine is mated to a quick-shifting six-speed Hydra-Matic automatic transmission, and produces more usable and consistent power across the RPM band – A huge improvement over the 3.0L and 2.8L turbocharged V6 engines it replaces.

Still, with a curb weight of 4400lbs, the SRX isn’t going to win any street races here. But its performance falls in line with other crossovers in this segment (Lexus RX 350, Audi Q5, BMW X3, and MB GLK).

Fuel economy is estimated at 16MPG city / 23MPG highway, and our testing showed those similar numbers. In a mixture of city and highway driving, we averaged 20.9MPG. 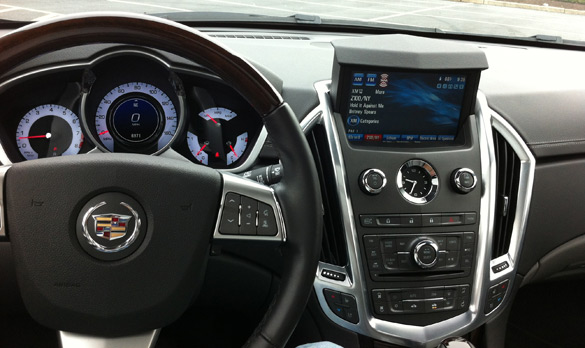 The interior of the SRX is just stunning. My favorite features:

The large glide-up LCD touch-screen (one we’ve seen on other GM models) is great, though I’m sure it’ll be replaced by CUE in the next few years. Audio comes couresty of a 10-speaker BOSE system, and it ROCKS! My only complaint is that there’s noticable lag when switching between radio presets, which was rather annoying.

We put the navigation system to the test, and it really impressed us. Most of the time we’ll tell people to skip the NAV and go with an aftermarket GPS unit. Not so in this case! The factory NAV is simply one of the best ones we’ve ever used, and that’s saying something! 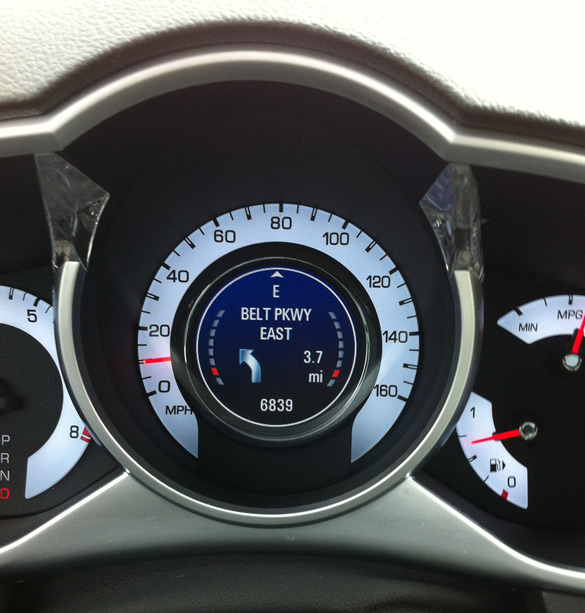 In addition to the navigation being displayed on the 8″ touchscreen, the NAV directions are also displayed in the center of your gauge cluster (as seen above). This is really handy, as you don’t have to look away from the road to see where you’re going next.

The 2012 Cadillac SRX Premium is an excellent choice for those who want a little extra flavor in their luxury crossover. The SRX starts at $36,060 for the front-wheel drive base model, and our fully-loaded AWD Premium model tipped the scales at $51,550.