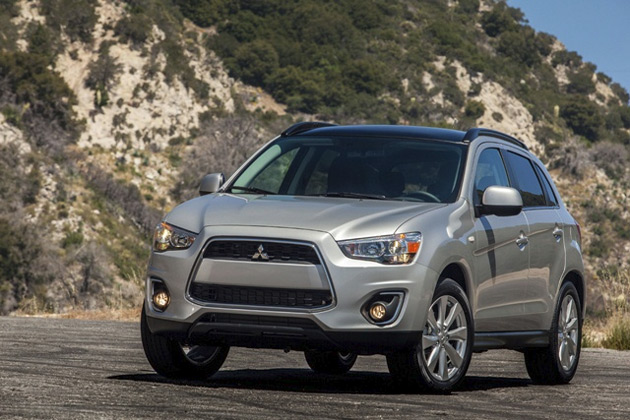 Anyone who’s driven a 2012 model Outlander knows that it was, overall, less than impressive. Mitsubishi knew this and worked to remedy those issues for the 2013 revamp, making the 2013 Mitsubishi Outlander Sport a much better machine than it was previously.

The Sport model is the smaller sort of younger brother to the full-sized Outlander. The Outlander Sport drops the third row option, shrinks the wheelbase, and turns the Outlander into a small crossover SUV that competes with similar-sized vehicles in this popular segment like the Toyota RAV4 and Subaru Forester.

Upgrades and changes for this model year include sportier exterior styling and a huge number of interior improvements. The cheap plastics and clunky ergonomics are gone in favor of a more upscale feel and better usability. Another change, this time not so much for the better, is the dropping of the previous transmission in favor of a continuously variable transmission (CVT) that couples to the well-built and nicely-performing 2.0-liter DOHC MIVEC engine. 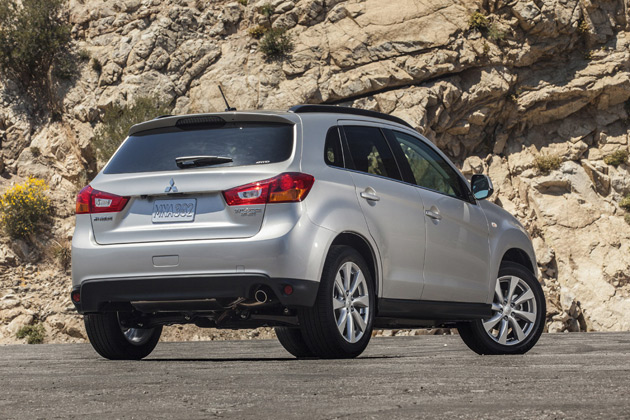 The 2013 Mitsubishi Outlander Sport SE AWD begins at $23,695 and comes equipped with all the basics. In our test drive, several accessories and optional things were added, bringing the price tag up to $27,745. The best of those additions is the beautiful panoramic rooftop. This glass roof extends from the front row all the way past the second row in a big, open display of sky. Driver-controlled LED lighting along either edge accentuates its open feel at night and a thick sunshade closes it all off at the touch of a button.

That roof is part of the Premium package, which also adds a great Rockford Fosgate sound system, a rear camera system, and blackened roof rails to accentuate the panoramic view. The additional Navigation package was also added to our test vehicle.

On the road, the 2013 Mitsubishi Outlander Sport SE AWD has an EPA rated fuel economy of 24 in the city and 29 on the highway (26 combined). This is readily achievable by conscientious drivers. Off the pavement, the Outlander Sport also performs well with good handling and capability for its class. It’s no mountain goat, of course, but it will get you to the lake or down the dirt road to grandma’s when you need it to. In the ice and weather, it is sure-footed as well. 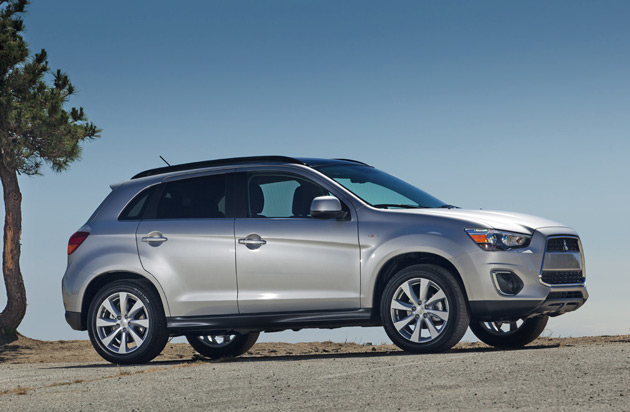 One thing that’s missing, however, is the Sport in the Outlander’s name. For Mitsubishi, adding the title “Sport” mainly means it’s smaller and thus sportier to drive with its shorter wheelbase and better handling. What it doesn’t mean is that it goes faster or does it quieter. The little four-cylinder engine is ample for the Outlander Sport’s size, but is coupled with a CVT that is not ready for prime time. The transmission becomes noisy, whirring, and gives an overall feeling of uncertainty to the driver hoping to get some speed out of the vehicle. The 2013 Outlander Sport consistently returned sub-par 0-60 mph times of well over 12 seconds.

During normal driving, though, outside of speeding up to access the freeway or get around another vehicle, the 2013 Mitsubishi Outlander Sport performs well enough for most people and has a nice feel to it. It’s comfortable, handles well, and is much more of a looker than its predecessors were. In driving dynamics, it fits somewhere under the stiff RAV4 and over the looser Kia Sportage. It’s price point, as equipped, and great looks are what set it apart from the others.

A good offering in the segment, it’s still not the “wowza” that Mitsubishi needs if they’re going to make the market inroads they need. Our brief look at the 2014 model, which is completely revamped, however, proves that the “Little Japanese Automaker That Could” is definitely not afraid to put it all out there and wow people when given the chance.