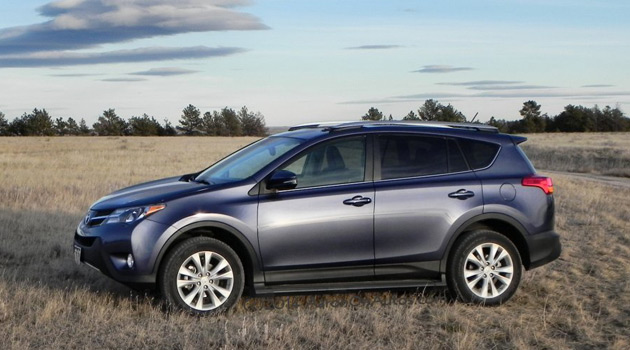 The Toyota RAV4 is the little brother in Toyota’s lineup of crossovers and SUVs. It’s also one of the most popular, being smaller than the Highlander and far more fuel efficient than the 4Runner. With the revamp for the 2013 model year, though, the 2013 Toyota RAV4 Limited becomes a more sophisticated utility vehicle with a lot more style and usability than it sported before.

The Limited package has a starting price at about $28,500, making it an expensive segment entry. As we tested it, the window sticker ballooned to a hefty $32,000. With that price tag, though, the RAV4 Limited includes a lot of luxury that you won’t expect out of a small SUV without a Lexus name tag and some of the best styling and interior design you’ll find no matter the market.

Toyota’s secret to dominating so many automotive markets here in the United States is simple – Deliver everything well, consistently. The 2013 RAV4 Limited may not be the prettiest, most fuel-efficient, or powerful offering in the small SUV segment, but it’s pretty, efficient, and powerful anyway. It offers everything, not just a specialty.

The exterior styling of the 2013 RAV4 sees many changes. The hood becomes more rounded and refined, with small fender bumps at either side for muscular appeal in line with Toyota’s new look. The roof line is more tapered towards the rear in a sportier flow with a much larger rear spoiler to finish it off. This spoiler also accentuates the slippery aerodynamics of the rooftop to create a vortex at the rear that lowers the vehicle’s drag to improve efficiency. 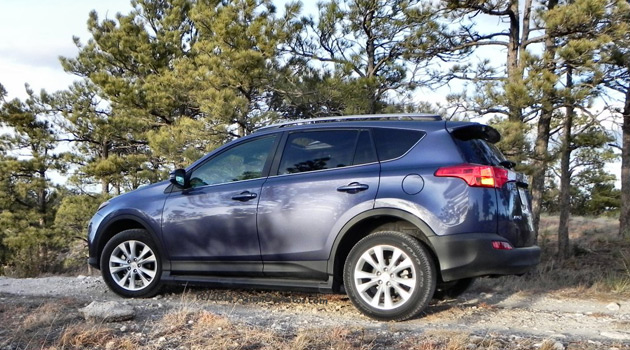 Along the sides, a heavy belt line is created by a sizable hump that wraps around the rear hatch to create a horseshoe. This big shelf aids air flow and makes for the distinctive new “shoulder” in the RAV4’s style. It also tends to accumulate snow and ice in a way that might be annoying to those who live where those are common.

At the rear, those familiar with the Toyota RAV4 will note the absence of the spare tire case that normally humped previous generations. Toyota dropped it in order to create a lifting hatch and placed it in the more traditional space under the cargo area. This improved aerodynamics and cargo access ergonomics greatly.

Inside, the 2013 RAV4 Limited really sees improvement. All RAV4s in this model year see beautiful new European-style, flowing and open dashboards. A hint of two-tone trim appears even at the base level, but in the Limited becomes a luxurious flow of plastic, faux brushed aluminum and nickel, creating a premium style that makes all others in this segment look shabby. Seating is the same excellence it’s always been, with plenty of room in all five positions.

For the 2013 redesign, Toyota also chose to drop the six-cylinder engine option, which was unnecessary in this small crossover, and stick with their proven and nicely-performing 2.5-liter dual overhead camshaft VVT-i and a great six-speed automatic transmission. Together, they work together seamlessly to deliver a solid driving experience. 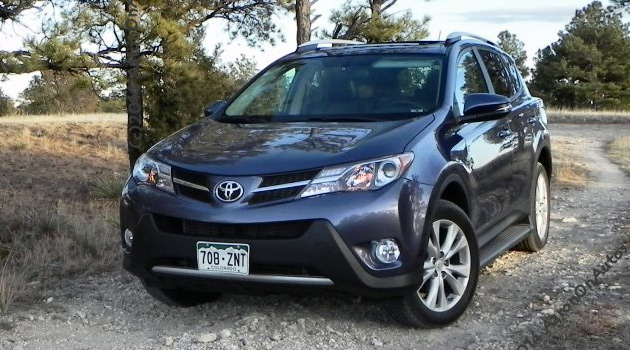 On both dirt and pavement, the 2013 Toyota RAV4 Limited is a good family vehicle with plenty of daily-use creature comforts and fun factor to keep it interesting.