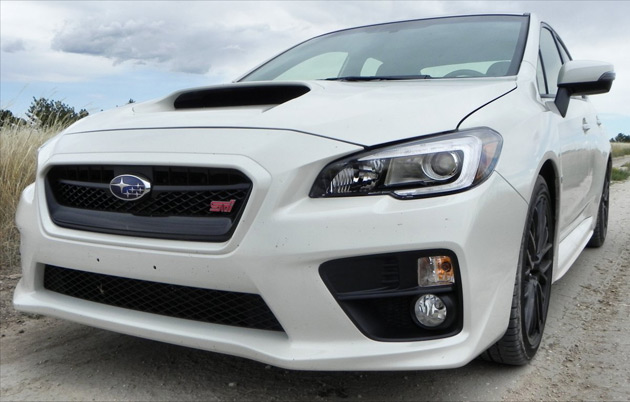 For about twelve years now, the Subaru WRX has enjoyed a sort of cult-like status among sports car lovers and rally racing wannabees. Professionally, the WRX STI has been a race-winner around the globe. So with announcements that the new rendition of the WRX would drop the station wagon build and stick instead with the Impreza platform’s sedan style, many WRX fans were up in arms. The good news for them is that despite the design change, the 2015 Subaru WRX STI is still a dirt track muckraker of the highest caliber.

My week in the new 2015 STI began, oddly enough, in the Denver, Colorado metro area. With family in tow, I picked up the Subaru from a media fleet company and proceeded to break all sports car expectations by installing two child safety seats, packing a diaper bag, and blasting the air conditioner like a middle-aged suburbanite in a minivan. Welcome to fatherhood. The good news? The 2015 Subaru WRX STI, being based on the family-friendly Impreza, accommodates this need when it arises. The bad news? The next two hours would have us stuck in Denver traffic while riding in one of the fastest cars on the rallycross circuit. More good news? I would have this car for a week in the wilds of Wyoming where traffic is non-existent and empty roads and open fields of dirt are plentiful. 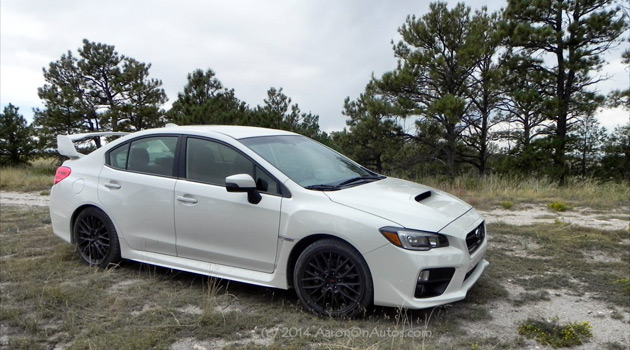 Over the next week, I took full advantage of all of this. Half a dozen car washes, a tank of fuel, and several hot soaks to relieve the stiffening forearms and calves later, I regretted having to return the 2015 Subaru WRX STI when the loan was over. But for that week, I was a kid in a turbocharged candy store.

On the roads and highways, the Subaru WRX STI is a good car with decent mileage and, despite the loss of the hatchback, enough versatility and daily usefulness to make it a decent day-to-day car. Those who do not like sports cars, however, will definitely not like the “feel everything” ride, stiff steering, and mega-responsive throttle the STI sports. Then again, they’ll probably hate the huge aero wing and those giant Brembo brakes flashing from behind the huge, beautiful wheels; nevermind the hugs-yousport seating and “give me a ticket” exhaust tuning. Obviously, I loved all this stuff. 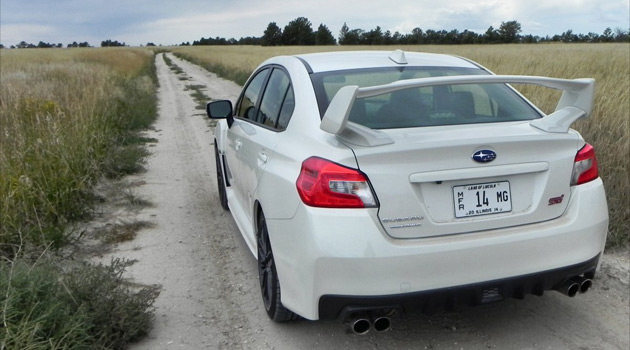 When you open the hood of the 2015 WRX STI, you see a huge intercooler, some belts turning the usual array of accessories, a supplemental intake to augment the hood scoop’s impressive flow, and a lot of brake, air, and fuel lines. Underneath all of that, somewhere, is a 2.5-liter turbocharged BOXER four-cylinder and a six-speed manual transmission. At about 6,000 rpm, that little engine outputs an incredible 305 horsepower. Off the line at 4,000 rpm, the engine is turning at 290 lb-ft. This translates to sub-5 second 0-60 times and about 13.5 on the quarter mile.

STI fans will note the new triple differential system and a fully driver-controlled center diff that allows fore-aft split control. This virtually eliminates the understeer the STI had in previous model years and allows the driver, if they wish, to adjust torque vectoring to match the situation through a simple toggle switch below the shifter. 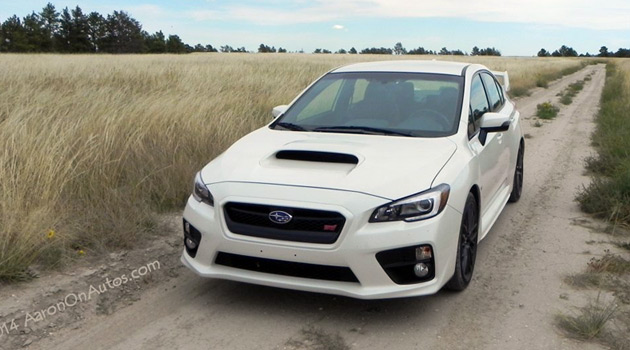 Speaking of shifters, the 2015 Subaru WRX STI has a nice shift throw and a tight but lightly-forgiving clutch. Engine RPM redlines at around 6,700 and the engine will cut back RPM automatically if you go over that. For reference, the needle hits the red at about 100 miles per hour in fourth gear.. you have six. Three drive-style modes adjust the torque output of the engine, moving the vector slightly as you select.

In the dirt, which is where the 2015 WRX STI is happiest, all this torque vectoring and differential control means that you have supreme command of the car as you rally through the countryside. Subaru’s legendary all-wheel drive means that power slides, brake turns, rooster-tail corners, and more are easily done. During my week in this car, I took nearly half the population of the small town I live in out for rides in the STI, often using them as an excuse to “make just one more drive, honey. I’ll be back in a few.” The Impreza’s back seat in the WRX meant that my girls (aged 3 and 4) could come along to “bounce” (aka go offroad) too. With windows down and dust smearing our faces, we laughed over dirt trails and spun brodies in the fields. 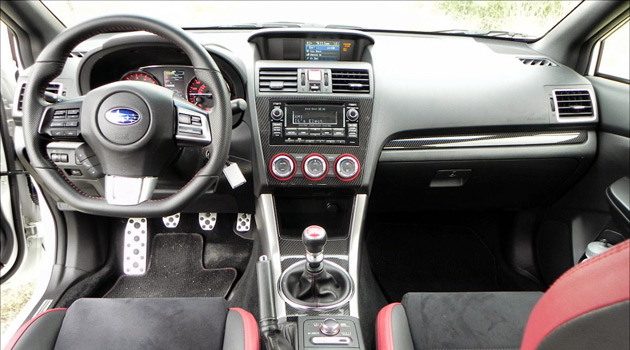 Those who’ve never experienced a true rally car before will not understand the pure joy that a car like the 2015 Subaru WRX STI can induce. The rest of us only smile when someone remarks about the “stupid fin” and says it’s “only a four-banger.” These are merely the unconverted. They’ll soon come around to the dirty, dirty world of speed that is the WRX STI.

Dealer Markups: Are They Fair?

Why Urbanites Will Love The 2015 Jeep Renegade