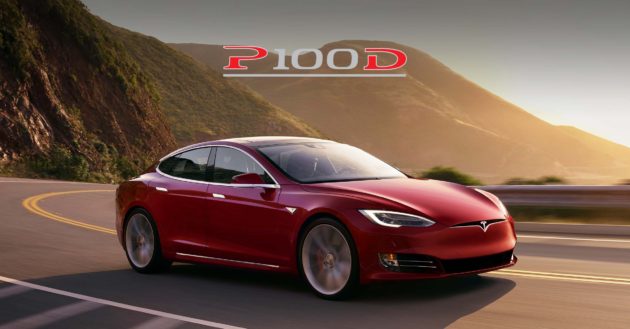 The Tesla Model S P100D with Ludicrous mode holds the distinction of being the quickest production car in the world, accelerating from 0-60mph in just 2.5 seconds!

While it’s true that both the LaFerrari and the Porsche 918 Spyder have slightly faster 0-60 times, these were limited-run, million dollar vehicles that are no longer being built. Not to mention the fact that these were small two-seaters with limited luggage space. The Model S P100D has four doors, seats up to 5 adults plus 2 children, and has exceptional cargo capacity.

The added speed is thanks to the new 100 kWh battery option (available for both the Model S and Model X), which also increases range substantially to an estimated 315 miles (up from 294 miles when equipped with the 90 kWh battery).

I guess the old saying is true.. Speed costs money, how fast do you want to go?

The 2016 Volkswagen Beetle Dune Is A Four-Wheeled Beach Party