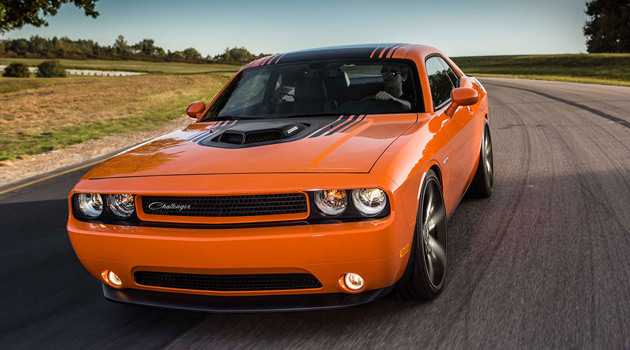 The big orange beast took the last curve at 64 mph, gliding around the apex in a graceful display of tire grip and suspension performance. Dipping into the following S-curves, the driver’s arm emerged from the window to signal entry into the pits. Following the signal of the pit masters, the car maneuvered to the safety wall and stopped. A man jumped from the car, ripped off his helmet, let out a whoop and vaulted the wall to run over to a redheaded woman in conversation with someone over the fence. The driver grabbed her in a huge bear hug and exclaimed “That was SO AWESOME!”

That driver was me, the woman was Wendy Orthman of Chrysler, and the car was the beautiful 2014 Dodge Challenger Shaker. I had just completed my sixth lap in the car and had managed two near-perfect loops around the seven-turn GT-style short track we were using for the Rocky Mountain Automotive Press’ annual track day. We had many cars to choose from, but none had the iconic draw of American muscle that the Challenger did. 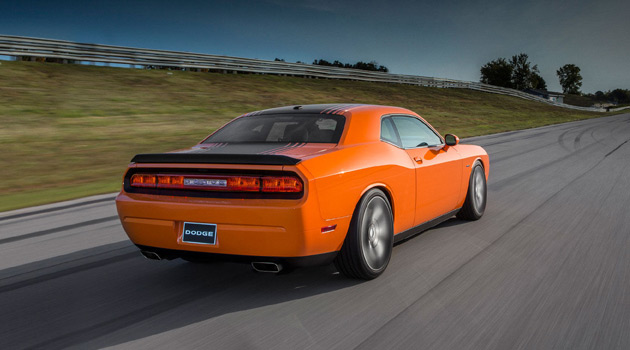 Nostalgia is what drives many American performance car buyers. This segment wants the nameplate, the look, and the feel of Detroit muscle. More than that, though, they want that authenticity that some of the current breed of muscle and pony car icons have lost. The Challenger, though we may argue over whether it lost that authenticity in past models, has come back with it in this 2014 model year.

The new Challenger R/T Shaker is based on the excellent Chrysler 300 chassis and shares many parts, which may or may not appeal to the muscle car buyer. The Challenger is not as fast, sport-tuned, or performance-oriented as some of the other muscle cars in the current crop from Detroit, but it’s far more authentic thanks to that lack of refinement. It’s accoutrement is well-done and relatively simplistic, all told, but therein lies its appeal. Indeed, the Challenger is what it was in the beginning: a muscle car with style and finesse, not power and performance. 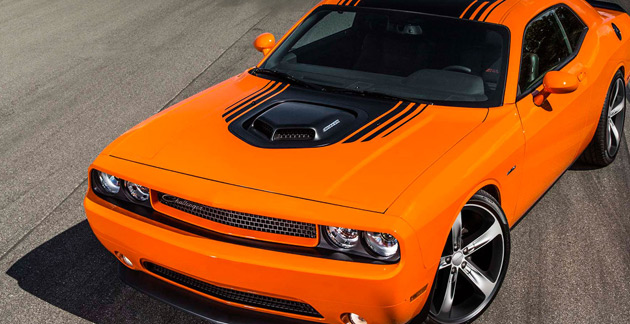 Coming out from under the cutout in the hood is the shaker intake. Underneath that is a 375 horsepower, 5.7-liter V8 running through a six-speed manual transmission. This doesn’t translate to power on the race track or at the stop light for the pickup drag. What it translates to is cruising. Putting the entire car together as one unit, Challenger fans will be glad to note that the Challenger Shaker, for all of its nostalgia, holds onto one thing that other American muscle cars have lost: it’s a beautiful highway cruiser with enough going on under the hood for a fun day in non-competitive track driving. Our short, twenty-minute drive in the car on the street proved this.

On the track, it is a good performer once you’ve mastered the usual nuances. This bit of American muscle wants you to goose it early in the corner to help push the rear end around the bend and requires finesse with the downshift to keep RPM levels at optimum. The secret for this car is not to get too complicated with your driving and focus mainly on holding high RPM (in the 5,500 range) and controlling the corners through the shifter rather than the brake pedal.

After a few laps, you too will jump out of the 2014 Dodge Challenger Shaker and whoop out a “Yeehaw” before finding the nearest girl for a bear hug.