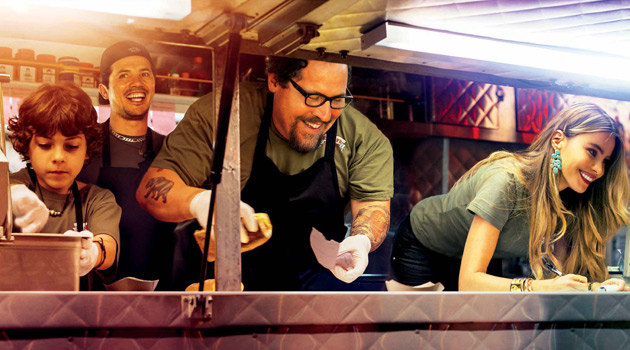 Open Road Films has just released the trailer for their highly anticipated film, Chef. When Chef Carl Casper (Jon Favreau) suddenly quits his job at a prominent Los Angeles restaurant after refusing to compromise his creative integrity for its controlling owner (Dustin Hoffman), he’s left to figure out what’s next.

Finding himself in Miami, he teams up with his ex-wife (Sofia Vergara), his friend (John Leguizamo) and his son to launch a food truck. Taking to the road, Chef Carl goes back to his roots to reignite his passion for the kitchen — and zest for life and love.

As a foodie, I can’t wait to check out this movie. And the fact that Chef enjoys an all-star cast that includes Jon Favreau, Sofia Vergara, John Leguizamo, Scarlett Johansson, Dustin Hoffman, and Robert Downey, Jr. doesn’t hurt either!

Movie Review Of ‘Cuban Fury’ and Q&A With Nick Frost