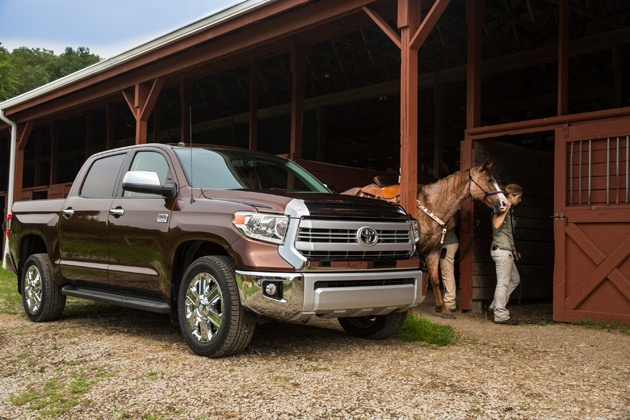 There are pickup trucks and then there are pickup trucks. On today’s market, there is a large contingent of buyers who purchase what are commonly referred to as “Cowboy Cadillacs.” These are the pickups that verge into luxury territory with exclusive paint and interiors whose fittings rival many luxury offerings from premium brands. Usually, these trucks are fitted with western-style themes and cowboy-ish accoutrement.

Enter the 2014 Toyota Tundra 1794. This is Toyota’s first foray into the Cowboy Cadillac realm, and they’ve jumped in with both boots running. It’s a beautiful truck. Purdier than anyone might expect, with some of the best use of saddle leather and Texas-themed coverings we’ve seen. 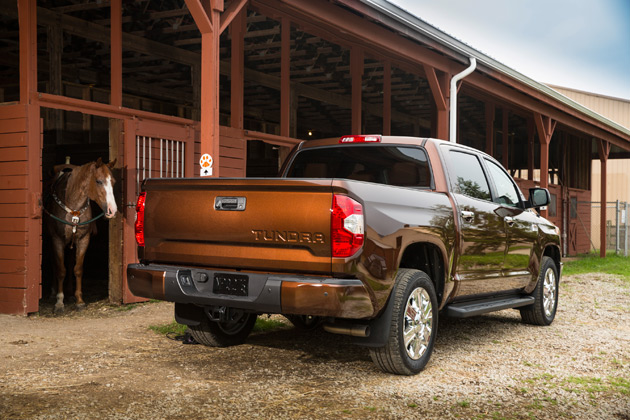 The exterior sees an exclusive deep bronze brown color that changes as the light shifts, going from dark brown in the early morning to nearly golden in the mid-afternoon. Adding the chrome with the brushed, softened look at the center of the grille, and beautiful big chrome wheels to match the door handles and side mirrors creates a look that is high on bling factor without jumping into the gaudy category. The door plates announcing it as the 1794 Edition, flanked by a star on either side, complete the look.

Inside, though, is really where it’s at with this ride. Saddle leather greets the cow puncher who climbs in, covering the seats, doors sills, and parts of the dash in the best-looking use of tanned leather imaginable. This is offset by light-colored stitching and slightly darker suede patches on the seat edges and corners. Dark wood accents and a mixture of polished and brushed aluminum complete the package while black floor mats edged in rope twists cover the floors. Behind the polished wood of the steering wheel, the driver feels lost without a Stetson and some chaps. 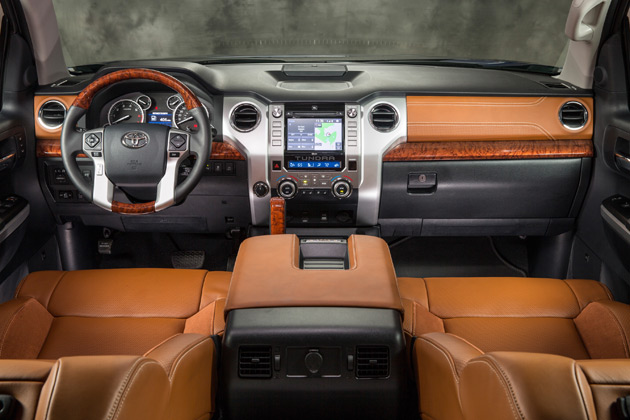 The interior screams “Texas” all over it. It’s perfectly at home in Colorado and Wyoming, of course, and we heard nothing but compliments from people here in the heart of working truck country. Yet you just can’t shake the Texas feel. The stars at either side of the 1794 badges inside and out denote the Lone Star State and go along with the back-story on where the title “1794” comes from. In short, it was the name of the ranch Toyota purchased to make its truck manufacturing home in Texas.

As a tribute to the cowboys and cowgirls who made the west, the 2014 Tundra 1794 is a beautiful statement. 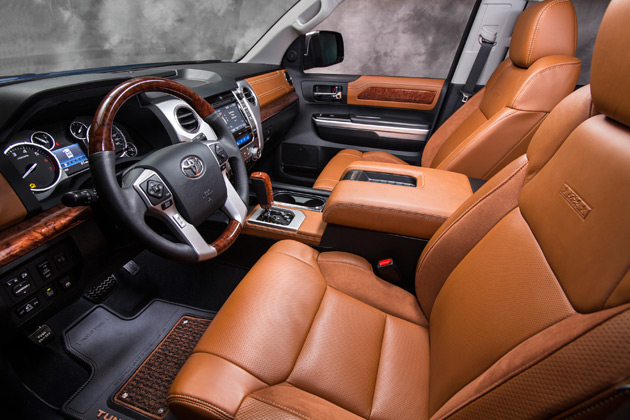 The truck itself is basically a 2014 Toyota Tundra Limited with the TRD package and all of the 1794 packaging for beautiful comfort added on. It’s a capable machine for both working duties and offroad get-there, but couched in a “purdy truck” package. In fact, during our week with the Tundra 1794, we were loathe to take it offroad outside of a few dirt streets because of its good looks. Why mess up a great-looking ride like this with a bunch of mud and rocks?

Toyota has really done a great job with their first foray into the Cowboy Cadillac market. As competition for the popular King Ranch series from Ford and the Ram Laramie Longhorn trucks, the 2014 Toyota Tundra 1794 is a strong rival. We were sad to have to give it back to Toyota after our week behind the wheel.

Taking The Covers Off Of The Valvoline Reinvention Project Trucks